“Such a meaningless“ movie ”. The actress spoke about how the generals can help shoot patriotic popular movies 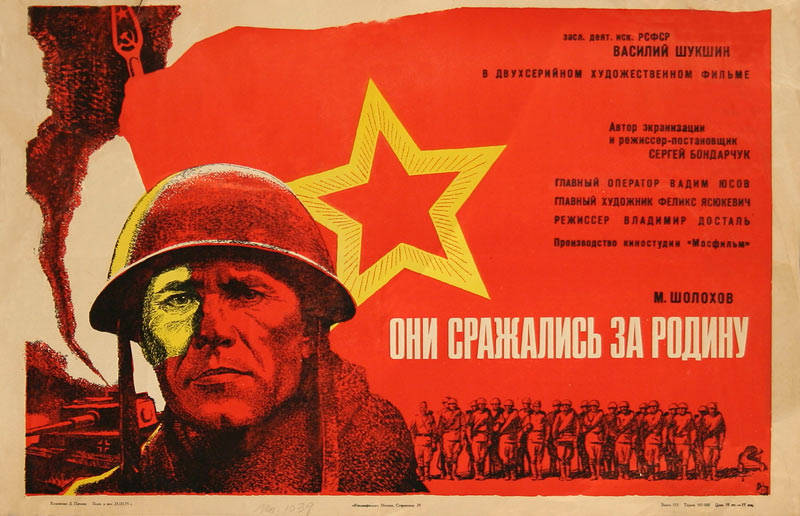 “All 90s have had a stable“ exposure ”course stories Russia, detracting from the merits of its heroes, and I don’t know how the directors formed at that time would be reconfigured, ”said actress, State Duma deputy Elena Drapeko in an interview with the VIEW newspaper. So she commented on the initiative of the Ministry of Defense to create a fund to support patriotic cinema.

“This year we will create a film company that will make documentary, animated and feature films. The main task is to return to the origins of our history and patriotic education ”, the newspaper VIEW quoted Shoigu. Also, according to Sergey Shoigu, collections of patriotic songs will be regularly published. As the Minister of Defense noted, the first such disc is ready.

In addition, on Friday evening it became known that the Russian “Oscar” commission decided to nominate a new military drama “Stalingrad” by Fyodor Bondarchuk for the American Oscar film award. Its premiere is scheduled for October 10. Judging by the plot, the tape can also be classified as a patriotic movie. The decision of the commission has already been supported by the Minister of Culture Vladimir Medinsky. Earlier, another patriotic Bondarchuk picture, Ninth Company, claimed the Oscar, which, by the way, enjoyed great success in the Russian box office.

The honored artist of the RSFSR, State Duma deputy Elena Drapeko (Fair Russia) told how to shoot at the same time patriotic and popular cinema with a wide audience. 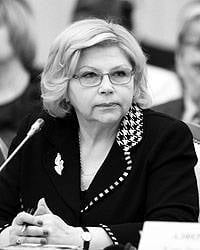 Elena Drapeko: This is a good idea, because you need to raise the prestige of the army. There are world examples of movies that glorify the army, such fantastic films as “Independence Day” or “Star Troopers”, for example.

VIEW: Many modern patriotic films at the box office failed - for example, "We are from the future." What is the probability that other films are waiting for such success, especially if their production is put on stream? What should be done to make the cinema be both successful and patriotic?

But in order for such films to appear, we need an environment - a social order and understanding by the creators of the fact that if they make a film and he does not collect cash, the state will compensate for the losses, simply because they have not removed erotica or horrors, something attracting "cheap" viewer. You remember that our film “Eggs of Destiny” had the biggest rental, is this terrible horror?

The spectator enjoys watching good cinema, but filmmakers cannot push this good movie into hire, because cinemas have ceased to be part of the system of cultural institutions, they are all now privatized with us. And they simply do not have an educational function, these are private institutions like stalls with beer.

ED: Contemporary cinema should be built according to modern canons. Look at examples like the movie “Legend No. 17” or “Gagarin”, which already have a modern montage, graphics, plot development, but at the same time a remarkable directorial message. I think that we will grow a galaxy of cinematographers who can accomplish this, we just need to set such a task for them.

About six years ago we gathered theater leaders, there was a hard talk about the fact that in theaters there is nothing to watch, that they are turning the classics for the twentieth time. What well-known Moscow directors said “there is nothing to put - there is no drama”. After that, during the Moscow Film Festival there was a gathering of screenwriters. We asked: “Guys, what are you writing?”, They answered us: “We (the state) do not understand you, we write, in our opinion, good things, and we buy all sorts of rubbish, such meaningless“ movie ”.

So, when the state itself begins to define this framework, they will understand what we want from them. The current task of making profit from the cinema has led to the fact that cinema has begun to work for an audience from 14 to 18 years, which needs only movement, adventure, and so on. Planck went down.

VIEW: Do we even know how to shoot a patriotic movie? What should sponsors invest in?

ED: We must assign the task to the directors and then select the projects that are suitable for the social order. While we do not know how to do this, all the 90s have existed a stable course of “exposing” the history of Russia, diminishing the merits of its heroes, and I don’t know how the directors formed at that time would be reconstructed.

Probably, it is necessary to invest money not only in production, but also in film advertising, as the Federal Fund for Cinematography does, this has its own reason. I think that it is necessary to produce television cinema, not only feature films for cinemas.

VIEW: So you need to support projects with more complex scenarios, including for television films, and invest in advertising?

ED: Yes, the state still needs to be involved in the production of this film, not only in helping with financing, but also in formulating a social order.

Of course, they will start blaming me right now for censoring me, for setting conditions, but in fact, if the government spends money, then it, like any other investor, has the right to order. You can withdraw everything you want with your private money, but if you take them from the state, take off what the state needs.

VIEW: In mid-August, the Ministry of Culture explained its refusal to finance the future film by Alexander Mindadze “Dear Hans, dear Peter”, dedicated to the events of the Great Patriotic War. As the head of the ministry’s cinematography department, Vyacheslav Telnov, stated, “this film may not have the same look as veterans expect,” since the department’s program “everything is done on one date - the Victory’s 70 anniversary”. As you know, the film deals with the cooperation of the USSR and Germany in the years after the conclusion of the 1939 Pact of the year. But historians have never denied the fact of such close cooperation. It turns out that in the films, as in Soviet times, the story will be glossed over?

ED: If Mindadze wants to make such a movie, then he must either negotiate with the state, adjusting to his current ideologies, or remove it with other money. Perhaps, state officials believe that now is not the time to raise this topic. Do you remember this horror, when on Victory Day they showed a movie about penalty boxers who fought off the Nazis, and then the KGB men came and shot everyone? Not only did they raise this topic there, but they also distorted everything.

I think that Shoigu’s initiative to create this fund is a very good step, I can already offer Shoigu several scenes at once. I know well our army of the last 20 years, not the Soviet history, but today's heroes who are alive.

Ctrl Enter
Noticed oshЫbku Highlight text and press. Ctrl + Enter
We are
Be sure to watch: folk cinema "28 Panfilov" show Russia the feat of its heroesA bit about patriotic education in Russia
Military Reviewin Yandex News
Military Reviewin Google News
28 comments
Information
Dear reader, to leave comments on the publication, you must sign in.