P.Svyatyenkov: "Vladimir Vladimirovich, trying to build Russia against Russian, you lead it to collapse" 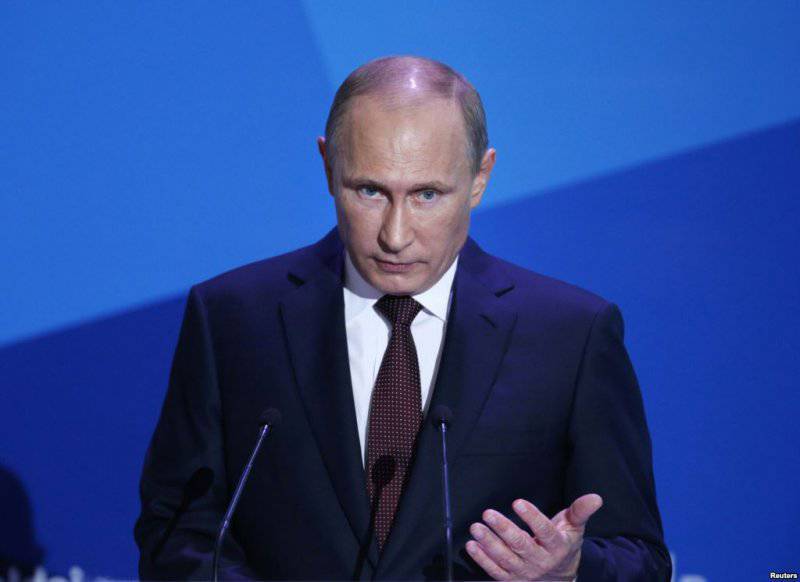 Yesterday, Vladimir Putin spoke at the Valdai Club. This year’s forum of well-known Western and Russian political scientists was decided to devote to the topic of Russian identity. Naturally, as usual at such events, the first few days no one really discussed anything - they were waiting for the first person. Well-known experts sluggishly said that “you are not there”, but they themselves were looking forward to the arrival of Vladimir Putin, for the Russian ruling stratum should consider its presentation on identity issues to be installation.


The President of Russia arrived and spoke. We quote, with insignificant bills, a part of his speech concerning the problems of the national idea and identity.

So, the head of state said:

"Identity, national idea cannot be imposed from above, cannot be built on the basis of ideological monopoly ... We all: the so-called neo-Orthodox Christians, and the neo-Westerners, the statesmen and the so-called liberals - the whole society will have to work together to form common development goals ... And this It means that liberals should learn to talk with representatives of leftist views and, conversely, nationalists should remember that Russia was formed precisely as a multinational and multi-religious state. GUSTs from the outset, and that, by questioning our multinational starting to exploit the theme of Russian, Tatar, the Caucasus, Siberia, and of anything else any other nationalism and separatism, we get on the path of destruction of their genetic code. In fact, we begin to destroy themselves.

The sovereignty, independence, integrity of Russia are unconditional. These are the "red lines" for which no one should go. With all the difference of our views, the discussion about identity, about the national future is impossible without the patriotism of all its participants. Patriotism, of course, in the purest sense of the word. Too often in national stories instead of the opposition, we are confronted with the opposition of Russia itself ... We must heal these wounds, restore the integrity of the historical fabric. You can no longer engage in self-deception, eliminating unsightly or ideologically inconvenient pages, breaking the link between generations, rushing to extremes, creating or debunking idols. It's time to stop noticing only the bad in history, to blame yourself more than any of our detractors will do. Criticism is needed. But without self-esteem, without love for the Fatherland, this criticism is humiliating and unproductive. ”

So what did the president say? Obviously, he called for the unity of all parts of the political spectrum under the slogan of patriotism and unity of the country. This slogan is correct. Indeed, it is unlikely that a civil war or the collapse of the state correspond to the fundamental interests of the people of our country.

Further. Putin called for a dialogue of all political forces - liberals, statesmen, neo-westerners and even neo-Slavophiles (this word was written with an error when deciphering on the presidential website). The head of state called on the liberals to listen to the left, and also said that nationalists should keep in mind the multinational character of Russia.

Well, dialogue is good. And the mention of nationalists in this context is perhaps a plus for the nationalist movement. We have the right to consider this statement of Vladimir Putin as an invitation to a serious conversation about the fate of the country.

So, dear Vladimir Vladimirovich, we will start a dialogue, which is to be postponed.

The preamble to the Constitution of the RSFSR 1978 of the year stated: “The education of the RSFSR provided the Russian people, all nations and nationalities of the Russian Federation favorable conditions for comprehensive economic, social and cultural development, taking into account their national characteristics in the fraternal family of Soviet peoples.”

Of course, as a lawyer you, Vladimir Vladimirovich, know that the preamble has no legal force. But in it, however, the role of the Russian people in the formation of Russia was noted. In today's Constitution of the Russian Federation 1993, there is no mention of Russians. Yeltsin and his entourage stole our country. Our people are artificially erased from history and are deprived of the fundamental right that all peoples possess by nature, the right to their homeland, to their native land. Russians feel like strangers in modern Russia.

Moreover, many other nations have their own national republics on the territory of Russia. Want evidence?

The first article of the Constitution of Udmurtia: "Udmurtia is a state within the Russian Federation, historically established on the basis of the exercise by the Udmurt nation and the people of Udmurtia of their inalienable right to self-determination."

The Constitution of Karelia: “The historical and national peculiarities of the Republic of Karelia are determined by the Karelians living on its territory” (Art. 1, item 5).

Of course, the constitutions of some subjects of the Russian Federation also mention Russians. For example, the Constitution of Yakutia: “The Republic of Sakha (Yakutia) guarantees the preservation and revival of the indigenous peoples of the Republic of Sakha (Yakutia), as well as Russians and other old-timers” (Article 42, paragraph 1). The Constitution of Kalmykia (it is the Steppe Code): “The Republic of Kalmykia promotes the preservation of identity and ethnic uniqueness, traditions of Kalmyk, Russian and other peoples of the republic, especially respect for the elderly, respect for the woman, love and care for children” (Art. 14).

At the same time, the official propaganda shouts about the “state of 200 peoples”. Say, the Russians are alone against the 199 peoples and therefore have no rights. No one is against other nations, but why should Russia be built in defiance of the Russians at the expense of the Russians? Why do the authorities view Russia as a colonized territory, into which any number of foreigners can be imported, completely ignoring the interests of the country's indigenous population, that is, Russians?

At the same time, other peoples of Russia can have their own national republics and protect national interests on the territory of the Russian Federation. What are these republics, I just pointed out, and this list is far from exhaustive: after all, many of them pursue their national interests, simply without mentioning them in constitutions.

I would love to be a patriot of the Russian Federation, dear Vladimir Vladimirovich. I understand your logic and calls for patriotism. But how to be a patriot of a foreign, hostile state, in which the Russian people themselves are banned, where any “guest from the Caucasus” can be killed with impunity and receive “conditionally” with impunity? Are we a people of slaves who were given up at the mercy of foreigners?

I feel like a Chinese in the Manchu Empire. It is known that the Manchus enslaved China and ruled 300 for years without letting the Chinese raise their heads. Is this not the situation with us? Only in the role of the Chinese - Russians ...

You yourself, dear Vladimir Vladimirovich, are talking about the collapse of multiculturalism in Europe. But are there any differences between multiculturalism and multinationality? If there is, then only for the worse.

I urge both you and the country's leadership to finally understand the voice of reason and understand that there can be no state in which 80% of citizens are deprived of the simplest right to national self-preservation. Impossible Russia, in which the Russian polls are scorned as Nazis and "cattle", whose opinion can not be considered, bringing millions of migrants and trying to press the Russians in the direction of the grave.

Trying to build Russia in spite of Russians, against Russians and not for Russians, you will lead the current Russian Federation to a natural collapse according to the model of the Soviet Union.