NATO is preparing for the teachings and fighting off criticism

24 September 2013
26
At the present time, Zapad-2013 joint exercises are taking place at landfills in Russia and Belarus. As part of this event, the military personnel of the two countries are fulfilling tasks related to confronting illegal armed groups. A few weeks after the end of the Russian-Belarusian maneuvers in Eastern Europe, new exercises will be held, this time organized by the NATO bloc. The North Atlantic Alliance is also going to check the capabilities of its troops and to work out their interaction. 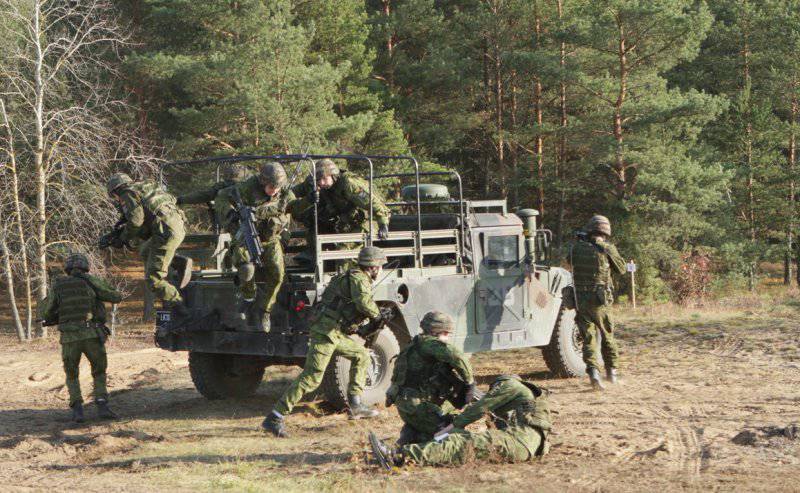 It has already been announced that the NATO Steadfast Jazz-2013 (“Resilient Jazz-2013”) exercise will take place in early November. The ground for maneuvers will be polygons of Latvia and Poland. It is assumed that the armies of 20 countries will be involved in the exercises, which will send about 6 thousand people and several dozen units of various military equipment. The scale of the planned training events is such that the Steadfast Jazz-2013 exercise is called the largest such event since 2006, organized by NATO in Eastern Europe.

Last week, a press conference was held in the Netherlands with the participation of NATO leaders, the subject of which was the upcoming exercises. General F. Breedlove, commander-in-chief of the combined forces of NATO in Europe, spoke about the goals and objectives of the Steadfast Jazz-2013 maneuvers. According to him, in the last 10-12 years, the armies of the countries of the North Atlantic Alliance have gained immense and invaluable experience in the fight against insurgents and terrorists, which was facilitated by operations in Afghanistan and Iraq. At the same time, soldiers and officers need to refresh their skills regarding other types of combat operations. In connection with this, the basis of the legend of future exercises will be the fight against a well-armed and well-trained opponent who is trying to seize the territory of one of the friendly countries.

The peculiarities of the international situation in Eastern Europe and the geographical location of the ranges on which the “Resistant Jazz” exercises will take place have led to the emergence of relevant issues. Have General Breedlove inquired what kind of state is considered as a potential aggressor and is not Russia? The commander-in-chief of NATO forces replied that the North Atlantic Alliance does not see Russia as a threat to Eastern European states. Therefore, in particular, representatives of the Russian armed forces have been invited to the maneuvers. In addition, the general recalled that the planned joint exercises will be held in the near future, in which the Russian and NATO military personnel will take part.

To date, some details of the scenario of the upcoming NATO exercises have been published. During the Steadfast Jazz-2013 maneuvers, the North Atlantic's rapid reaction forces will be checked, including ground, air, and naval units, as well as special forces. An interesting feature of the exercises will be the participation in them of cyber armies. In addition to moving around the landfills and performing tasks on the battlegrounds, NATO troops will have to repel a cyber attack.

Planned for November exercises are of great importance for NATO forces in Europe. Some time ago, General F. Breedlove complained about the reduction of the military budgets of the Alliance countries, which forces him to reform the existing mechanisms. To preserve the combined forces, it is necessary to distribute various tasks between countries. The first steps have already been taken to change the patrol structure of European airspace, and further similar actions are planned related to the work of other branches of the military. The effectiveness and correctness of changes in the management structure of certain compounds can be checked only with the help of exercises. Probably, the upcoming Steadfast Jazz-2013 maneuvers will help to find out how correct the changes already made were.

In the context of the “Persistent Jazz-2013” exercises in November, it is necessary to consider an international reaction. Despite all the statements of the NATO command, Russian officials are not inclined to see in these exercises something innocuous and safe for our country. So, back in July, during a meeting of the Russia-NATO Council, the Russian Deputy Minister of Defense A. Antonov noted that “breathes the spirit of the Cold War” from the Steadfast Jazz-2013 exercises. Russia's representative to NATO, A. Grushko, said that the Alliance provided our country with an exercise scenario from which to draw ambiguous conclusions. According to the legend of the exercises, the conditional enemy will strike at the territory of European states and begin to occupy the territories. The task of NATO forces will be to counter it. Grushko believes that conducting exercises with such a scenario in Eastern Europe strongly resembles the maneuvers held during the Cold War.

In response to statements by Russian government officials, the NATO leadership continues to talk about the absence of any aggressive plans or views. Russia is still called a strategic partner and emphasizes that the Steadfast Jazz-2013 exercises will not affect its interests in the international arena.

As we see, even a month and a half before the start of the exercises around them a rather tense diplomatic situation developed. Like other NATO maneuvers, conducted at a small distance from the Russian borders, the Steadfast Jazz-2013 is criticized by official Moscow. The response from the North Atlantic alliance once again become lengthy statements of a sedative nature. Thus, the military exercises, which had not yet begun, became the reason for the next diplomatic disputes. During the time remaining before the start of the maneuvers, the countries will continue to exchange official statements, but the teachings “Persistent Jazz-2013” themselves, as it was before, will still take place.

Ctrl Enter
Noticed oshЫbku Highlight text and press. Ctrl + Enter
We are
US nuclear, missile and aircraft test sites in Google Earth imagesSteadfast Jazz-2013. NATO before the roll to the east
Military Reviewin Yandex News
Military Reviewin Google News
26 comments
Information
Dear reader, to leave comments on the publication, you must sign in.