Expert: "The Eurasian Union in 2015 - a real perspective" 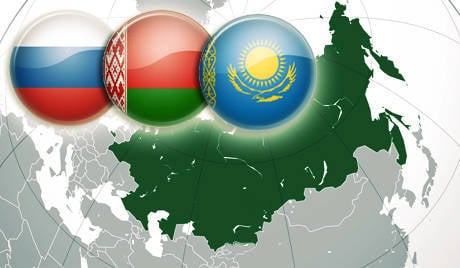 The Eurasian Union of Russia, Belarus and Kazakhstan in 2015 will become a reality. But it will be long-term only if its base is not only economic, the deputy believes. Director of the Russian Institute for Strategic Studies Tamara Guzenkova.


The unification of Russia, Kazakhstan, Belarus, as well as, possibly, of other countries into the Eurasian Union is regarded by experts not only as a natural and inevitable process, but also very close in time. 1 January The 2015 agreement on the Eurasian Union may enter into force, said Leonid Slutsky, head of the State Duma Committee on CIS Affairs, Eurasian Integration and Relations with Compatriots, told reporters. Especially for the Window to Russia project, the deputy of the RISR, the head of the Center for the Study of the Problems of the CIS Countries, Tamara Guzenkova, commented on the parliamentarian’s statement.

- Do you think the Eurasian Union can become a reality as early as January 2015?

- I think this is a very real prospect, because the work of the Eurasian integration structures and, above all, of the Eurasian Economic Commission, is now proceeding in an accelerated mode. It must be said that this was also facilitated by events related to the exacerbation of the situation between Russia and Ukraine in August of this year. This situation clarified many things, showed who is who, how Ukraine is oriented to the West and to the East, and served as an additional impetus and stimulus for intensifying the process of Eurasian integration.

By the way, the very contour of the real and potential members of the Eurasian Union has recently changed. We learned that Armenia also expressed a desire to join the Customs Union. This process, of course, is not very fast, but the Customs Union works as an open system and may include new members. Therefore, the beginning of 2015 of the year is a very real task, for which the relevant people, structures and political forces have been working for a long time.

- Do you think that Ukraine is not interested in the Eurasian Union?

- Certainly interested, but not as a full member, but as an independent and separate country, which at the same time would not like to assume the obligations of membership, but to have its advantages. It is not by chance that Ukraine with such persistence tried to implement the 3 + 1 formats and the observer status at the vehicle. For a long time, we were seduced by the hope that Ukraine would approach this issue pragmatically and figure out where it would be more profitable for it to be, taking into account the sales markets and production structure. However, the most recent events, public speeches of Viktor Yanukovych and Mykola Azarov, and, most importantly, the meeting of the President of Ukraine with the Party of Regions faction, and the words that were spoken there all indicate that Ukraine has turned its back on the Customs Union, Russia and began its tortuous and full of trials the path of westernization.

- What difficulties may arise in the formation of the Eurasian Union? Kazakh parliamentarians, for example, oppose the creation of a common Eurasian parliament.

- A common parliament, a common currency, a unified educational standard, unified standards of social security and health protection are all issues and prospects for a more distant future. I am deeply convinced that no integration structure can be full-fledged for a long time if it is based solely and exclusively on economic components, unless there are common values ​​and common high standards that extend much more than just trade and economic relations. But now the next step is the task of working out exactly the general economic rules, tariffs and other conditions of cooperation, the task of forming the so-called four free spaces: the movement of goods, capital, labor and services. This is now a priority. It seems that the Kazakh side is simply not yet ready to announce the formation of a single parliament. Just as the Belarusian side, being our partner in the Union State, was not ripe to create a common currency within the framework of the Union State. There are some things that exist in the mind, in the project, but for which the time has not come yet. I think that the parliament, general educational standards, living standards and close ideology are the perspective of a not very distant, but rather distant future.

- I regard the words of Clinton as an absolutely rude and unfriendly attack towards Russia, considering that it was Hillary Clinton who held the button in her hands, which marked the reset of Russian-American relations. I think this is her deep personal miscalculation, a mistake she will regret over time. Although in reality it reflects the interest of certain political forces in the United States. Many anti-Russian forces in America perceived this as a certain ideological attitude. But I think that such shouts cannot stop those clear and natural integration processes that occur in that part of the globe where the US wants to increase its influence, but cannot strengthen it to the extent that they still count on.

Ctrl Enter
Noticed oshЫbku Highlight text and press. Ctrl + Enter
We are
Customs clearanceAstana should become the capital of the Eurasian Union: Nazarbayev’s reply to Putin
101 comment
Information
Dear reader, to leave comments on the publication, you must to register.