Expert: Belarusian bureaucracy is engaged in the apology of violence, terror and Russophobia 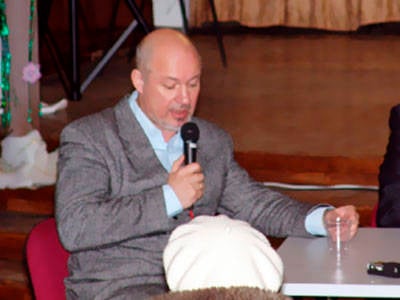 "The task of people in favor of triumph historical the truth is to achieve the restoration in Minsk of the monument to the great reformer, whom Alexander II was. And let the revolutionary nationalist myth of "Kastus Kalinovsky" remain the property of political extremists and Russophobes, "said a Belarusian historian, candidate of historical sciences Alexander Bendin, a REGNUM correspondent.


“The myth of“ Kastus Kalinovsky ”does not disappear from our public life, largely due to the support of that part of the bureaucracy that manages ideologies and culture,” Bendin stated. In his opinion, this fact testifies to the "schizophrenic splitting of bureaucratic consciousness" when a fighter for Polish national interests is placed on the podium of the hero of Belarusian history.

“Kalinowski is a political adventurer who fought for the restoration of Polish domination over the liberated Belarusian population, Catholicism over Orthodoxy, for the realization of interests and goals completely alien to the overwhelming majority of the Belarusian people. And they are going to perpetuate it in the monument“ 1000 anniversary of Belarusian statehood ( personalities in the history of Belarus) "." This blatant contradiction does not bother the plain bureaucratic heads, "the Belarusian historian noted. In his opinion, the very idea of ​​establishing such a monument in Minsk, such as installed in 1862 year in Veliky Novgorod monument 1000-anniversary of Russian statehood, indicates an acute shortage of creative ideas for Belarusian officials, their penchant for mindless imitation and imitation.

“The myth of Kalinowski is a time bomb, which, thanks to the efforts of the bureaucracy, is being laid under the foundation of the Belarusian state. This nationalist myth is an apology for revolutionary violence, terror and Russophobia. In modern conditions it acts as an ideological tool for mobilizing political extremists, cynical political dealers and persons with an unbalanced psyche. The myth of Kalinovsky is destructive for the state and dangerous for the unity of the Belarusian society, it provokes a social gresii, appeals to religious and ethnic revenge ", - stated the scientist.

According to the expert, the desire of officials to rank Vikentiy Konstantin Kalinovsky among the pillars of Belarusian statehood is a clear confirmation that “evil and suffering caused by ruthless revolutionary violence receive official support from the Belarusian bureaucracy. This fact speaks of the moral inferiority of the bureaucracy, its apparent inability to distinguish good and evil. "

It is significant, said Bendin, that honoring the memory of the ideologist of revolutionary terrorism in modern Belarus takes place in parallel with the bureaucracy’s decisive rejection of the public initiative to restore the monument to the Russian emperor Alexander II destroyed by the Bolsheviks in 1917.

“Any educated person is well aware of the historical actions of this emperor. Alexander II abolished serfdom and implemented a series of deep social reforms that had a long-term positive impact on the socio-economic and cultural development of the population of Belarusian lands,” Bendin recalled.

“The primitively motivated refusal to restore the monument to Alexander II in Minsk is evidence of the social irresponsibility of the local bureaucracy,” said the Belarusian scientist. “Alexander II is a great reformer and creator who asserted the legal and political conditions for the progressive, evolutionary development of the country.”

According to the historian, one should pay attention to the peculiarity of the modern Belarusian bureaucracy’s outlook: “The ungrateful and ignorant bureaucracy refuses to perpetuate the memory of the reformer of the Belarusian peasantry, who deeply honored their tsar-liberator. And the same bureaucracy honors Kalinovsky’s memory of revolutionary destroyers, terrorists and social demagogues. The officials responsible for the cultural education of the nation are not entitled to seek examples of state and patriotic service to individuals who were spokesmen for revolutionary and nationalistic pathology. "

Recall that in August the authorities of Belarus informed a group of Belarusian intelligentsia, seeking restoration of the monument to Alexander II in Minsk, about the unwillingness to restore the monument in Minsk, as well as about the unwillingness to create an expanded expert committee with the participation of the public of the city. Since the beginning of the year, Belarusian scientists and NGO representatives have held several public discussions of their initiative, wrote two collective appeals to the city authorities, but were refused, informed the publication “Western Russia”. In the latter case, the Minsk City Executive Committee referred to the opinion of the Institute of History of the Academy of Sciences of Belarus, whose staff made a groundless conclusion, stating: “The contradictory, unevenly estimated role of Alexander II in the history of Belarus in modern historical science and society. Restoration of the monument to Alexander II may appear as a demonstration of the symbolism of the Russian autocracy on the Belarusian lands and will be ambiguous perceived in society. " At the same time, the Minsk City Executive Committee demonstrated the unambiguity of the positive perception of the personality of the Polish terrorist Vikentiy Konstantin Kalinowski, by placing a plaque in the center of Minsk.

As REGNUM news agency reported, at the same time with supporters of the restoration in Minsk (not necessarily at the same place) of the monument to Tsar-reformer Alexander II, another group operates in the city, seeking to create and establish in the Belarusian capital a separate monument to one of the leaders of the 19th century Polish rebels Konstantin Kalinovsky. In the letters received from the Minsk City Executive Committee by the organization "Alternative", seeking to install the monument to Kalinowski, the authorities noted the "inexpediency" of the implementation of this idea, since his personality will be immortalized in the monument "1000 anniversary of the Belarusian statehood (personality in the history of Belarus)." In addition, according to the official responses of the authorities, Belarus has done quite a lot to perpetuate the memory of Kalinowski: monuments have been erected, theater plays have been staged, etc. However, both groups intend to pursue their intentions.

Ctrl Enter
Noticed oshЫbku Highlight text and press. Ctrl + Enter
We are
The fifth wheel in the wagon of the Customs UnionKalinowski as the banner of Polish revenge in Belarus
Military Reviewin Yandex News
Military Reviewin Google News
36 comments
Information
Dear reader, to leave comments on the publication, you must to register.