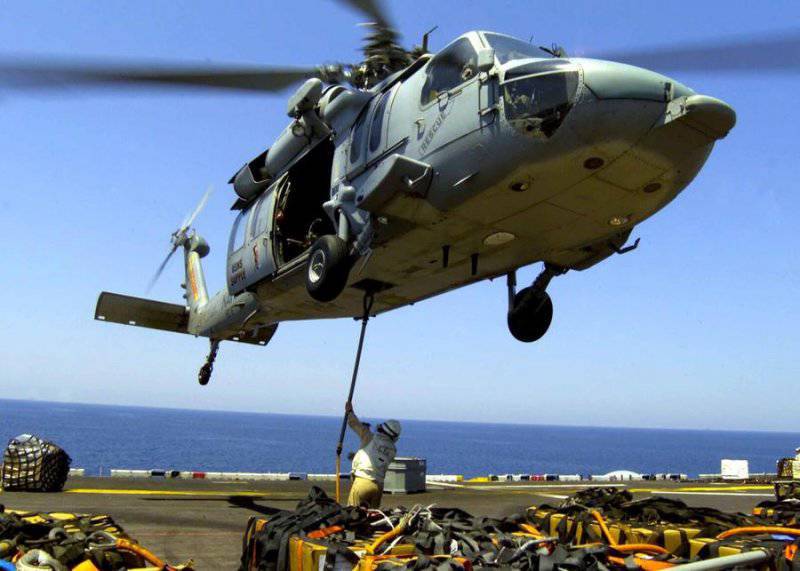 The US Navy MH-60S Knighthawk multipurpose helicopter crashed into the Red Sea under unclear circumstances. Onboard were 5 military personnel. Conducted search and rescue operation.


According to available information, the helicopter was accompanied by the destroyer USS William P Lawrence, carrying the guided missiles. The cause of the crash is not clear. According to NBC, the incident occurred during the take-off or landing of a helicopter on the destroyer's deck.

At the same time, the representative of the US Navy said that it excludes any possible version of the attack or "other hostile activities." According to the latest information, rescuers managed to find three crew members. Nothing threatens their lives. The search for two more people continues. The search and rescue operation takes place with the participation of boats and aircraft.

According to ITAR-TASS, the US Navy carrier strike group with a heavy nuclear aircraft carrier Nimitz entered the Red Sea in early September in order to provide support to American forces during the proposed operation in Syria, if necessary.

The aircraft carrier, as well as the three destroyers William P Lawrence, Stockdale and Shoup accompanying it, as well as the cruiser Princeton, as the Pentagon representative noted, "took a position that would allow them to respond to various unforeseen situations."