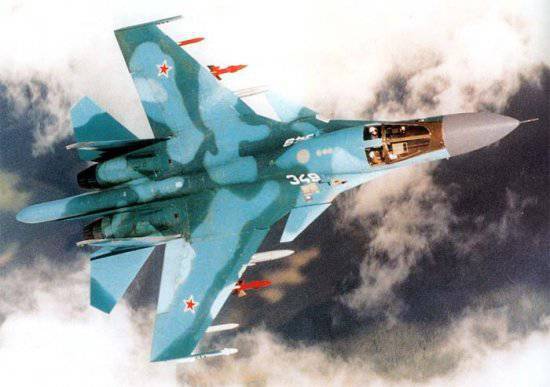 The Su-34 multi-purpose front bomber successfully passed the second and final stage of the state flight tests. In the near future, according to the results of the tests, a corresponding act will be signed and the aircraft will be officially adopted by the Russian Air Force, news agencies report. As it is known in December 2010, four such aircraft of the Air Force had already received and began to operate the new bomber.

The Su-34 began to be developed in the 90s of the last century, this aircraft was to become the first representative of a new class of combat aircraft - multifunctional aviation a combat complex combining the functions of a front-line bomber and a fighter. Such a combination of combat qualities would make it possible to more effectively solve combat missions on defeating sea, ground and air targets.
It was planned that the new aircraft will be able to replace the outdated morally and physically aircraft in service with the Air Force. It should be noted that история the creation of the Su-34, as it is impossible to fully reflect the problematic period that has befallen at the turn of the millennium, both the domestic aircraft industry and the Armed Forces as a whole.

When creating the Su-34, the main task for the designers was to combine high maneuverability and speed with a range and a large combat load. The basis for the development of the new aircraft was the most modern at the time, which absorbed all the latest advances in aviation technology and aerodynamics Su-27. A promising fighter-bomber received the designation Su-27IB, in January 1983, the relevant order was signed and the Sukhoi Design Bureau began to develop a new combat vehicle. 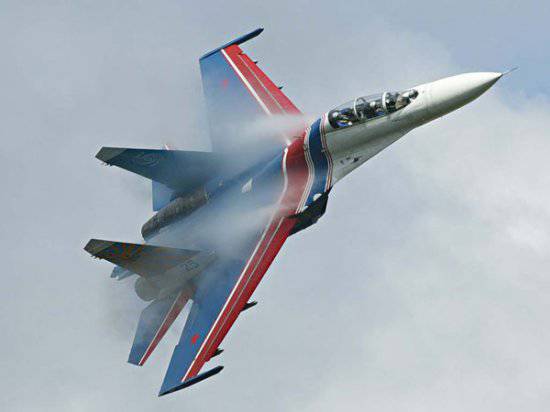 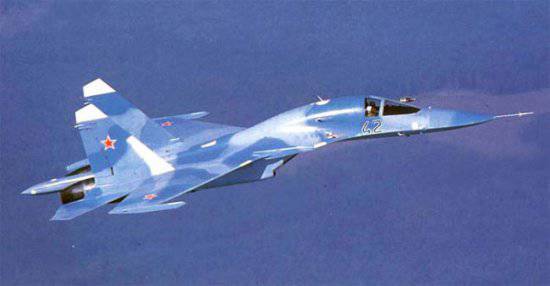 The creation of the new aircraft was also conceived as a response to overseas aircraft manufacturers who developed the F-15E multi-purpose fighter, which was created based on the training and combat modification of the F-15В fighter. Su-27IB was also created as a modification of combat training Su-27UB. It was planned to retain almost constructively the layout and aerodynamic schemes, most of the technical solutions and the combat capabilities of the prototype. The main changes and refinements were supposed to affect the masses and nomenclature of the combat load, it was also planned to install a new avionics (avionics). 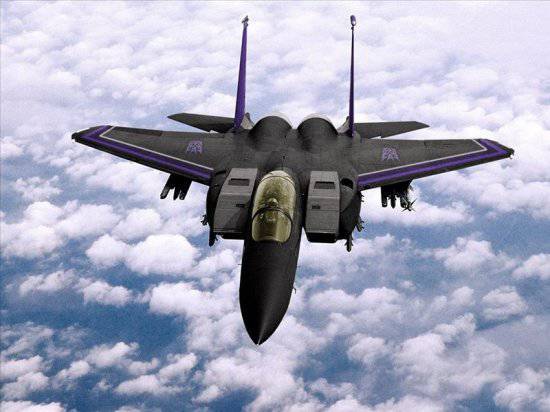 But in the process of further work on the project, the aircraft has undergone significant changes. For example, to improve the safety and effectiveness of combat use, it was decided to place the crew of the combat vehicle alongside (as in the Su-24) this made it possible to facilitate the interaction between crew members, avoid duplication of instruments and ensure comfortable enough crew accommodation during many hours of flights. Also, the aircraft was equipped with front horizontal tail for stable flights at any speeds and altitudes, the engine air intakes were made unregulated.

Ultimately, the designers had to thoroughly redesign the fuselage: the nose of the aircraft became completely new - with an elliptical nose fairing and new wing inflows; Gargrot and hull fairings have changed significantly; the volume of fuel tank No. 1 has increased significantly; air intakes were redesigned and tail beams were partially modified. But some of the successive features of the Su-27, still kept in particular the wing and the VET. As a result of this work, the internal net volume of the airframe increased by 30%, the new machine became heavier by more than one third, and by take-off weight - more than one and a half times.

Significantly increased and the capabilities of avionics, which included: a multifunctional radar with phased array, built-in optical-electronic surveillance and sighting system with television and laser channels for detecting and recognizing ground targets and targeting weapons, thermal imaging equipment in the outboard container for round-the-clock combat use, rear-view radar, navigation and radio communications equipment, a powerful electronic countermeasures complex and other systems.

The new aircraft could carry a whole arsenal of guided (air-to-air, air-to-surface missiles, adjustable and guided bombs) and unguided (up to 8000 kg on 12 suspension points, KMGU bombs, NAR) weapons.

13 February 1992 of the year at the Belarusian airport "Machulishchi" a new promising aircraft was first demonstrated to the public. In that 1992, the new combat vehicle took part in the air show in Zhukovsky, and in the fall of 1993, the first Su-27IB (Т10В-2, board No. 43) was made according to the standard drawings.

But by 1994, it became clear what to create, as planned “two in one” from Su-27IB will not work. A significant increase in weight, good bookings and powerful armament did not allow the new aircraft to stand on an equal footing with "clean" fighters, originally prepared for air superiority. Su-27IB was reclassified as a standard front-line bomber, which differed from similar aircraft in the presence of a decent arsenal of air-to-air missiles and powerful radar.

In 1995, another version of the Su-32FN was demonstrated at Le Bourget. Double sea patrol aviation base of the coastal base, designed to conduct reconnaissance in the marine theater and combat ships and submarines of the enemy. It differed from the base aircraft in the composition of the avionics and weapons, which could include special means of detecting and hitting naval targets. In particular, the Sea Snake integrated search and sighting system based on a modified radar, optoelectronic system, magnetometer, radio acoustic buoys and a number of other sensors, as well as a wide range of air-to-sea weapons, including self-propelled anti-ship missiles and self-guided torpedoes. 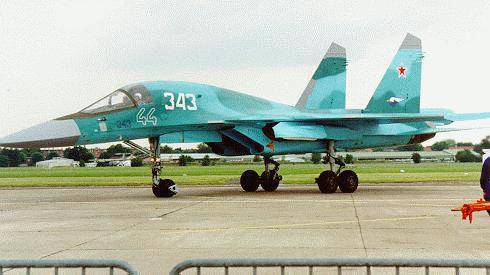 In 1996, another pre-production aircraft was built in Novosibirsk, which received a new display system - with colored MFIs. It was subsequently renamed from Su-32FN to SU-32МФ (multifunctional).

With the beginning of the new millennium, the future development program of the Su-34 has sharply intensified. In 2000, the second pre-production aircraft (T10B-4) was demonstrated at the air show in Farnborough. This modification was actively promoted for export, but despite lucrative offers, potential customers failed to achieve great success in this direction.

In 2002 – 2003, the program for developing the Su-34 still received a good impetus and began to actively develop. As Mikhail Pogosyan, director of the Sukhoi design bureau, emphasized at the MAKS-2003, “the Su-34 program is one of the most important for the Russian Air Force ... We have entered the stage of sustained flight tests of the aircraft, hooked up additional machines and a flying laboratory for testing airborne radar.

As a result, in the summer of 2003, the first stage of the joint state tests of the Su-34 was successfully completed and a preliminary conclusion was signed on launching the aircraft into mass production. And in the autumn of the same 2003 of the year, the Commander-in-Chief of the Air Force V. M. Mikhailov stated that the Air Force intends to order 10-series Su-34 in the near future, and it was planned to complete state tests in 2004-2005. But these plans in the future, as is the case with us, had to be significantly corrected.

From its base progenitor Su-27, the new Su-34 aircraft received a rich "legacy", but it also has a number of significant differences. For example, a spacious armored cabin equipped with a cooking appliance, a thermos, a first aid kit and a cesspool device. Therefore, this new machine has:

- new information and control field of the cabin with five multifunctional LCDs and a modified indicator on the background of the windshield, as well as a modified flight and navigation equipment;

- front horizontal plumage at the ends of the wing influx by changing the configuration;

- each additional wing of the wing is equipped with one additional armament suspension hub (the maximum combat load weight is up to 8000 kg); other.

At the beginning of autumn 2010, Commander-in-Chief of the Russian Air Force, Colonel-General Alexander Zelin, during a visit to the airbase in Voronezh, said that in 2011, the first production Su-34 would go into service in the airbase units. One can only hope that this time the plans for the Su-34 will not be adjusted for the worse.