23 September 2013
5
At the DSEI 10 international defense exhibition that opened on September 2013, 2013, which took place in London, AgustaWestland presented an image of a promising ship-based unmanned helicopter, which the company's specialists are working on. According to the specialized edition "Aviation Week & Space Technology", the helicopter is being created according to the RWUAS (Rotary-Wing UAS) project. And although representatives of the AgustaWestland company did not directly confirm the complete reliability of the image, it appears that the drawing is in fact based on a very real project.


The Ministry of Defense of the United Kingdom even allocated a contract to the company in the amount of 2,4 million pounds to create the concept of an unmanned ship-based helicopter. Previously, in 2013, AgustaWestland already presented its sample, the so-called “Capability Concept Demonstrator (CCD)” for this RWUAS project. This is a small-scale unmanned version of the helicopter PZL-Swidnik SW-4 Solo, which is produced in Poland at the enterprise PZL-Swidnik, which belongs to AgustaWestland since 2010. For the first time, a prototype of a single-rotor unmanned / optionally manned helicopter PZL-Swidnik SW-4 Solo was presented at the MSPO 2012 exhibition, which was held in Kielce in Poland. AT stories Poland is the first unmanned aerial vehicle of the helicopter type.

This helicopter is based on the SW-4 serial single-engine helicopter. According to the idea of ​​AgustaWestland and PZL-Swidnik SA specialists, this helicopter should become an important player in a fairly rapidly developing segment of drones. The SW-4 Solo helicopter is designed to provide the greatest possible flexibility for operators, thanks to the ability to carry out both unmanned and manned missions at sea and on land. Unmanned version of this helicopter is able to solve a large number of different tasks. For example, border, maritime and military surveillance, reconnaissance and search targets, assessment of damage on the battlefield, the study of resources and cartography, environmental monitoring of the area, transportation of goods, assistance in natural disasters. 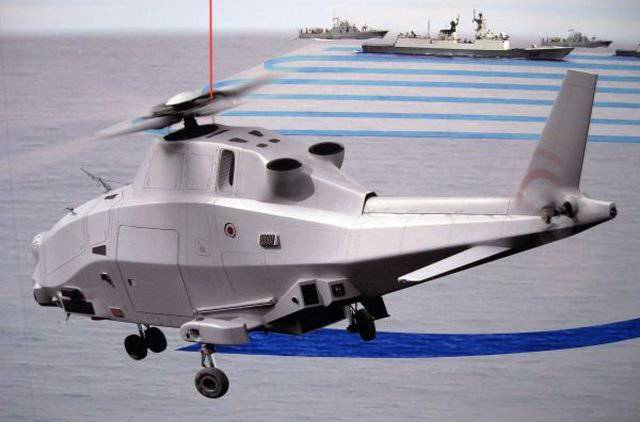 Estimated view of a promising unmanned helicopter being created under the RWUAS project
In the optionally manned version, the SW-4 Solo can take on a pilot and 4's passengers. The manned helicopter took off in the 2012 year. The first flight of this helicopter in an unmanned version was to take place in the 2013 year. Specifications SW-4 Solo is not specified, but the basic model is able to overcome up to 772 km. and speed up to 254 km / h.

Despite this, a full-fledged helicopter within the framework of the RWUAS project is unlikely to be created on the basis of a Polish helicopter, as the image presented at the exhibition shows that the new helicopter has little in common with the SW-4 Solo. In this regard, it was even suggested that perhaps a small single-engine helicopter in the class up to 2,5 tons would serve as a new platform for this project, an agreement on the development of which was signed with the Russian company Helicopters of Russia at the MAKS- 2013.

Within the framework of MAKS-2013, AgustaWestland and UTair signed an agreement on the establishment of an AW139 helicopter maintenance center in Russia. According to the agreements reached, an authorized service center will be opened on the technical basis of the Russian airline, which will provide a full range of services for the maintenance and support of AW139 helicopters. Today, UTair is the first commercial operator of this model of helicopters in Russia. The assembly of these helicopters is carried out in Russia in cooperation with the holding company “Helicopters of Russia”. The Ministry of Defense of the country showed interest in these helicopters. 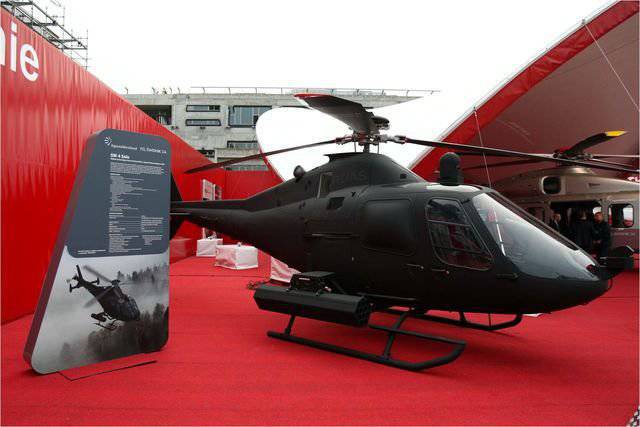 Polish helicopter SW-4 Solo
Also within the framework of MAKS-2013, AgustaWestland (part of the Finmeccanica group) and Russian Helicopters holding (a subsidiary of Oboronprom, which is part of the Russian Technologies State Corporation), signed a preliminary agreement that sets the direction for the development of a joint program to develop a new light helicopter weighing up to 2,5 tons. This was officially announced by the press service of OJSC Russian Helicopters. The corresponding document was signed by Dmitry Petrov, the director general of the Russian Helicopters holding, and Daniel Romiti, the general director of AgustaWestland.

Preliminary estimates of the commercial prospects and technical design of the new helicopter are expected to be completed in the coming months. It is assumed that work on the program, which both companies first announced last summer, will be carried out on a parity basis, with the new helicopter being created for the world market and solving a wide range of tasks. As Dmitry Petrov noted, the agreement reached is a continuation of mutually beneficial cooperation, the development of which for a Russian company is one of its priorities. Today, the holding company “Helicopters of Russia”, as an active player in the global market, is actively involved in various international projects, including the localization of production and the development of new helicopter technology. The agreement reached is a continuation of the successful partnership between the two companies, which began with the creation of a joint aviation company HeliVert, which is producing the popular AW139 helicopter.