23 September 2013
27
On Friday, September 20, a joint Russian-Belarusian strategic exercise "West-2013" started. During the maneuvers units of the armed forces of Russia and Belarus must perform a large number of combat training tasks. Ground forces, the navy, the air force, as well as internal troops participate in the exercises. The program of events is scheduled for a week and implies the active participation of all involved units. 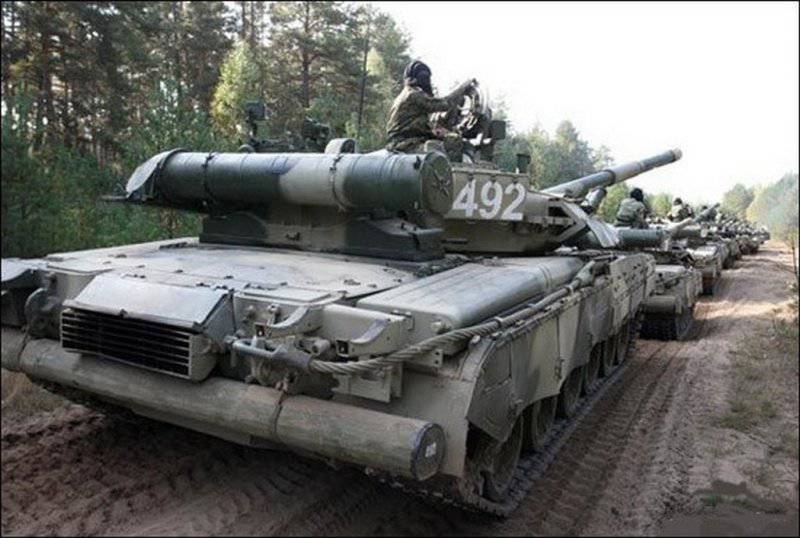 A joint Russian-Belarusian exercise was announced at the end of August. As then told the Minister of Defense of Belarus Y. Zhadobin, 13 thousand soldiers and officers should take part in maneuvers on some alone at Belarusian proving grounds. Most of the involved personnel (about 10 thousand) will represent the Belarusian armed forces. About 2,5 thousand people arrived in Belarus from the Russian military bases and about 300 people from the CSTO countries. All in all, about 12 thousand people are involved in the exercises from the Russian side. In addition, about 20 thousand soldiers and officers of the internal troops of Russia in connection with the exercises are in a state of alert.

The strategic exercises "West-2013" involved about 180 units of Russian military equipment, including 10 tanks, about 40 aircraft and 10 ships of the Baltic fleet. A similar imbalance in the number of people and equipment participating in the maneuvers is due to some features of combat training tasks assigned to Russian and Belarusian military personnel.

According to Y. Zhadobin, the basis of the plan of the teachings was the scenario of one of the real situations, similar to those that are now occurring in the Middle East. In this regard, the main task of the exercises "West-2013" is to work out international cooperation in the fight against illegal armed organizations. At the same time, the leadership of the Russian Ministry of Defense stressed that the planned exercises have nothing to do with the situation in Syria.

Preparation for the exercises and the redeployment of the units involved began a week and a half before they began. On September 9, the Russian servicemen went to the Russian and Belarusian test sites, where they soon had to carry out the assigned tasks. According to the Russian Ministry of Defense, in order to transport Russian participants in the maneuvers and the equipment used, it was necessary to attract 20 railway trains.

A few days before the start of the exercises, the Russian and Belarusian parties notified the foreign countries, as well as the OSCE, of their plans. In addition, invitations were sent to foreign delegations. Around 60 representatives from several foreign countries arrived at the West-2013 maneuvers as guest viewers. The delegates were sent by Germany, the USA, Ukraine, France, the Czech Republic and other states. According to the plans of the organizing countries of the exercises, foreign attaches and delegations should attend one of the episodes of maneuvers, which is held at the testing grounds of the Kaliningrad region.

In addition to training battles, several major transport operations were planned as part of the West-2013 exercise. For example, several days before the start of the maneuvers, it became known that the servicemen of a separate mobile battalion of special operations forces of Belarus are preparing to participate in the training landing of an amphibious assault force. To do this, they arrived at one of the bases of the Baltic Fleet of Russia, where they were received by Russian large landing ships. The landing at one of the ranges of the Baltic Fleet will take place in the last days of the exercise.

The scenario of joint Russian-Belarusian maneuvers is designed so that the military personnel of the two countries have to work at five test sites and in several areas of the Baltic Sea. Russia has prepared for the teachings two objects in the Kaliningrad region - the Khmelevka and Pravdinsky ranges. On the Belarusian territory, training battles take place at the “Brest”, “Gozhsky” and “Obuz-Lesnovsky” ranges. In addition, in sea areas and in several parts of the Baltic Sea coast, Russian sailors installed training minefields, etc. barricades

On Saturday night, 21 September, the first details of the exercise scenario became known. According to the plan of the Zapad-2013 maneuvers, several bandit groups penetrated the territory of Belarus. The objective enemy’s purpose is to carry out terrorist acts and destabilize the situation in the country. A group of Russian and Belarusian troops received an order to stop the enemy and thwart his plans. The combat training work of the troops is hampered by the fact that the conditional opponent, according to the exercise scenario, receives assistance from a certain third state.

Having received the order, the soldiers and officers began to perform their tasks. So, by Sunday morning, 22 of September, near 500, servicemen from the Tamansky motorized rifle division reached the assigned part of the Brest landfill. Their combat training task was to cover the state border and prevent its illegal crossing. One of the motorized rifle subunits of the Western Military District, which arrived in Belarus from the Nizhny Novgorod Region, moved to the “Gozhsky” training ground, where it conducts reconnaissance in the intended area of ​​location of a conditional enemy. On the intended routes of movement of the enemy ambush.

In the role of the conditional enemy in the exercises "West-2013" involved military intelligence units. Their tasks include the destruction of communication lines, conditional mining of roads, the organization of ambushes, etc. acts of sabotage nature. Thus, the Russian and Belarusian servicemen have to deal with a well-trained and experienced conditional adversary.

Testing the interaction of the Russian and Belarusian armed forces in the framework of the strategic exercises "West-2013" will last until September 26. It is not for the first time that the allied states have organized such events, but this year there are serious innovations in the program of maneuvers. For the first time in years of cooperation, the ships of the Russian Navy take part in the exercises. Also for the first time in stories Russian-Belarusian cooperation in the field of exercises will be held joint operation on the landing of the naval assault.