"Monitor the Caucasus and put pressure on Russia" 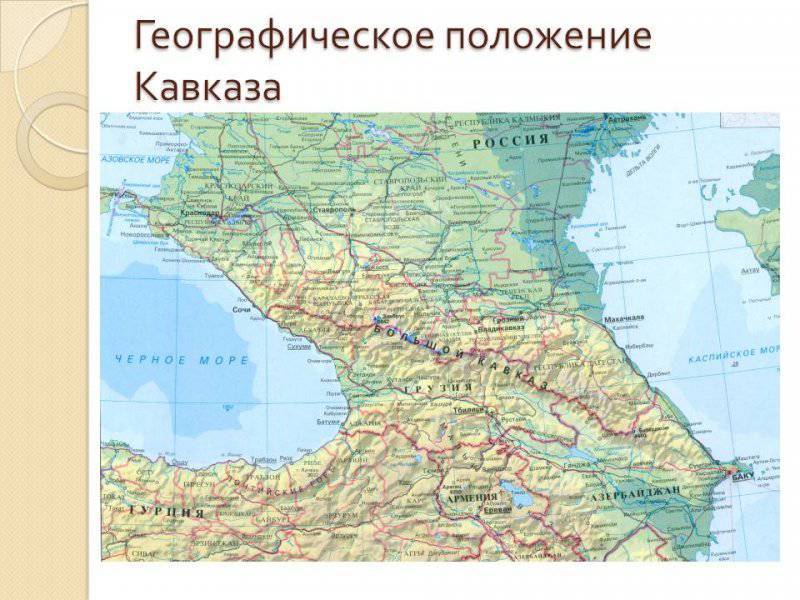 The International Crisis Group (ICG) published a report in early September entitled The North Caucasus: The Challenges of Integration (III), Governance, Elections, Rule of Law. This document is the third part of the project, which is both research and advisory in nature. The first part, which was released in October 2012, was devoted to ethnic conflicts, and the second part - to the Islamic factor, militants and counter-terrorism activities in the region. It is worth noting that previous reports played a certain role in shaping public opinion about political processes, in particular, among organizations and communities in the region that are in opposition to the authorities (this concerns not only Russia, but also neighboring countries, which, one way or another, are connected with Northern Caucasus, either through ethnopolitics, or in the context of religion, or on issues of geopolitics and regional security).

First of all, the conclusions presented in this report are intended for Russia - both federal and North Caucasian authorities, but also for various European institutions - PACE, the Council of Europe, etc. At the same time, the recommendation for the EU is in one proposal - to continue monitor the North Caucasus region and put pressure on Russia to fully implement all decisions of the European Court of Human Rights.

And the findings of the report and the opinion that the ICG want to convey are quite predictable.

It is stated that “authentic improvement of the quality of governance in the North Caucasus is possible only if democratic institutions are established, such as elections, an independent judiciary, and the rule of law. Fair elections, prior to the competitive political process, are a prerequisite for responsible. "

This thesis is clearly aimed at asserting that there are no democratic institutions in the North Caucasus, and instead of them - corruption, violence, clan wars, unemployment, terrorism and extremism under the guise of Islamism, which was repeatedly mentioned in the report. It is noted that "the fight against the criminal activities of clan networks should be vigorous and consistent, but strictly within the law. The first steps in Dagestan give grounds for optimism and should be continued."

But it also says that "the lack of democratic legitimacy and accountability, gross violations of human rights and impunity of officials have made a great contribution to the spread of the conflict."

In addition, the authors insist on further decentralization: "the functioning of the federal system with a degree of decentralization and the corresponding regional representation in the Duma in Moscow will contribute to the integration of the North Caucasus with the rest of Russia. Such integration is necessary for the country's security, healthy interethnic relations and stability. While the conflict in the North Caucasus is expressed through violent insurrection and intense inter-ethnic relations, the lack of democratic institutions, the upper nstva law and people's trust in the state fueling instability ... "Again, we see an indication of the lack of democracy. Although it is not entirely clear how the authors intend to implement decentralization simultaneously with integration. At least, the experience of the EU suggests otherwise. Cultural autonomy and community rights are curtailed in the face of the bureaucracy of the European Commission and the Council of Europe, imposing their "values" and rules on all EU members. The importance of strengthening tolerance and multiculturalism is also pointed out. Although this project was a failure in the leading countries of Europe, as the heads of Great Britain, France and Germany admitted, it is not entirely clear why they want to impose it on Russia. Perhaps, on the contrary, to worsen the situation in the North Caucasus so that the federal authorities could be blamed for this?

Against the background of the support of the Albanians in Kosovo to the detriment of Serbian interests, the recommendation to the governments of the North Caucasus to solve the problems of territorial disputes more concisely and comprehensively seems rather strange.

Of course, we in no way deny the need to improve the overall climate in the republics. More active interaction with local communities, the fight against terrorism and religious extremism, and the launch of various social, political and economic programs are needed, but this must be done not through the prism of Eurocentric geopolitics, but taking into account the traditional way, all-Russian identity and national interests of our country in the region which may be contrary to the interests of other actors, such as Turkey or Azerbaijan.

It should be noted that the report is submitted without authorship. Although the material contains references to sources, it is not entirely clear who was involved in data collection, because in the North Caucasus it is necessary to have its own people. Although the ICG emissaries are clearly available in this region, this approach is not entirely clear. It is possible that the ICG is trying in advance to disclaim responsibility either for the unreliability of the facts presented in the work, or for the possible consequences that may lead to the pathetic conclusions of the report.

At the same time, it is necessary to pay attention not only to the text itself, but also to the structure of the organization itself. Having identified who belongs to it, it will be possible to trace the connection with the region and the interests of the participants. And the list of members of the ICG is quite “stellar”, even, rather, “star-striped” - the participation of US citizens in this structure is so great.

Among the organization’s advisers are Zbigniew Brzezinski, one of the oldest Israeli politicians Shimon Peres, liquidator of the aftermath of the Iraq war in 1991 and conductor of Western interests in negotiations with Yugoslavia in 1999. Marti Ahtisaari, Saudi Prince Turki al-Faisal, the nineteenth prime minister Canadian Minister Kim Campbell and many other powers. In the same place the domestic liberal Grigory Yavlinsky was noticed. The executive committee has Wesley Clark, former head of the NATO High Command, Kofi Annan, the good old US man at the United Nations, philanthropist speculator George Soros, and former NATO Secretary General Javier Solana. You can find the former Foreign Minister Igor Ivanov. Considering the clearly pro-Western orientation of the structure of the Russian Council on International Affairs headed by him (you can see the unfortunate clone of the American Council on Foreign Relations in the name), it is quite likely that his role is not only as a wedding general, but possibly in providing the necessary information to western partners on the same INF.

Meanwhile, one of the founders of the ICG is Morton Abramovich, a former US Assistant Secretary of State and a former US Ambassador to Turkey. A number of analysts pointed out that he is lobbying the interests of Turkey, including the Turkish presence in Cyprus. Another supporter of Ankara is another founder, Stefan Solarts, who is also a member of the American-Turkish Committee. Also, the members of the ICG Executive Committee include two Turkish politicians and a number of European leaders engaged in engaging Turkey in the EU, which speaks of the obvious pro-Turkish interests of the organization. Moreover, some researchers drew on its anti-Armenian character.

By the way, Brzezinski and Solarts are co-chairmen of the “American Committee for Peace in Chechnya” - the structure responsible for the open support and transfer of funds to Chechen militants. Another ICG adviser, Kenneth Adelman, is also on this committee.

Corporate interests are also clearly represented in the ICG. Karla Hills is the former head of the US Chamber of Commerce, ex-director of the Chevron oil company and now the executive director of the consulting firm Hills & Company. Chevron-Texaco is listed as one of the sponsors of the ICG. By a strange coincidence, Chevron has interests in the South Caucasus, especially in Azerbaijan.

Interestingly, the president’s council includes three anonymous actors. It can be assumed that among them is the CIA, which is actively and invisibly present in many similar projects claiming international importance.

After reading the report, there is a desire to prepare your own recommendations for both Russia and the EU. We need to implement comprehensive measures to improve security, especially on the eve of the Olympic Games in Sochi. To intensify the interaction of the authorities with local communities, to consult with analytical centers dealing with the issues of the North Caucasus. At the same time, it is desirable to limit the admission to the region of agents of organizations like the ICG so that they do not create their destructive networks there, which can later be used to disintegrate the region and undermine territorial integrity.

And the EU is to deal with its internal problems, including human rights, which are violated on many points and in many countries of this community.