The world after the USSR

23 September 2013
12
Until December 1991, world politics was a heavy but steady global structure: the spheres of influence of superpowers, clear and predictable rules of the game ... But then this bipolar world collapsed - along with all the old world order. What emerged on its ruins cannot be called a construction. 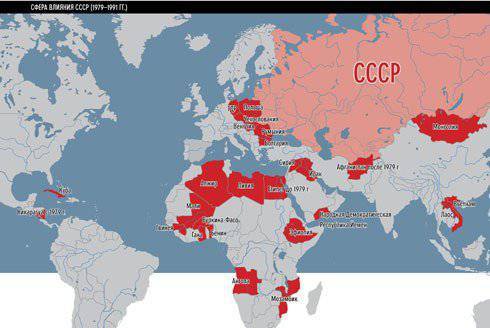 The abolition of the Soviet Union was the final point of the Cold War - the ideological confrontation, which in the second half of the XX century spread to the whole world. Describing the world situation then, they spoke primarily about the horror of a global nuclear catastrophe. Now, however, they are increasingly recalling another characteristic of that period: they say that the threat of guaranteed mutual destruction disciplined their opponents and contributed to the development of the rules of relationships. Today, one can only dream of orderliness and stability during the Cold War. The new world order, proclaimed first by Mikhail Gorbachev, and then by George Bush Sr., did not come. Only the formal institutions remained from the old, and they have long been unable to cope with the regulatory function. Ideas are replaced by imitation (as in China) or religion (as in the Muslim community). Humanitarian ideals have become a crushing force, armed with the arsenals of NATO, the most powerful stories military-political alliance.

To the question of fate

One of the most striking examples of the erosion of international norms and rules is the Libyan operation. A spokesman and close adviser to the President of the USSR Andrei Grachev, speaking at a conference at the Gorbachev Foundation, drew a parallel that illustrates well the nature of the change: there is no Ceausescu blood on Mikhail Gorbachev, but Gaddafi’s blood on Barack Obama and Nicolas Sarkozy. The thought is simple. Between the execution of two of the most odious dictators of Eastern Europe and North Africa - the distance is slightly more than 20 years. Both were confident that they were adored by their people, but they experienced a surge of unlimited hatred. The massacre of both had nothing to do with justice, but few doubted that the retribution was deserved. Both became victims of explosive social and political cataclysms that swept entire regions, and turned out to be completely unprepared for them.

The difference, however, is that the perestroika Soviet leadership, abandoning the class approach to world affairs and the Brezhnev doctrine of “limited sovereignty”, created the conditions for the people to decide their own destiny as they are able to do. And the modern Western countries, led by the United States, consider it legitimate and even necessary to intervene, even to the military force, in order to help the peoples choose the “right path”. 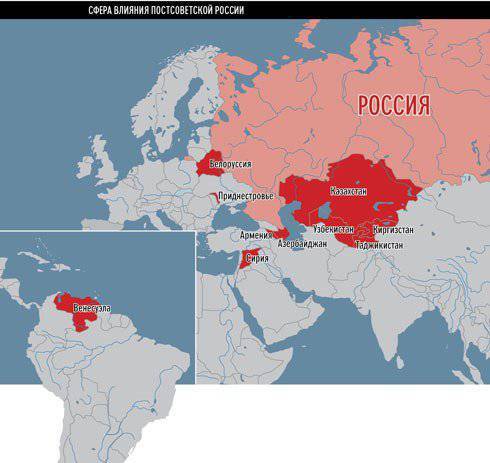 No state - large or small, democratic or authoritarian - is able to isolate itself today from the external environment, to ensure the impenetrability of borders and the inviolability of its sovereignty. And in this sense, sovereignty today is different from how it was understood in Soviet times. At the same time, the world system has not shifted to another quality, it has not appeared structural units that would replace the state as its basic element. Neither transnational corporations, nor global nongovernmental organizations, nor the frequently mentioned, but no less mysterious, network structures could not create anything that would replace the previous model - international relations, built on the interaction of sovereign states. But since these same states are weakened by the influence of numerous external factors, they are also unable to function as they did before. Hence the growing unpredictability of what is happening.

At the end of the twentieth century, the West assumed world responsibility - not only by right of a winner in the Cold War, but also as a carrier of a socio-political and economic model that proved its primacy. In the second decade of the twenty-first century, everyone reaps the fruits of this readiness. Several wars (Iraq, Afghanistan, Libya), the result of which, as a rule, is far from expected. The prospect of another armed intervention (Iran). Unresolved, but rather aggravated local crises (the Indian and Korean peninsulas). A bold experiment with a single European currency, which, without being consistently brought to the end, turned into a grave headache for the entire world economy. Finally, the emergence of a country that, not being the leading subject of change at the end of the 20th - beginning of the 21st century, managed to become their main beneficiary, and to such an extent that recent victors look at it all with great fear - China.

This power, devoid of ideology, but trying to replace its absence with a cocktail of traditional tenets - from the ancient world to the recent past - to the best degree embodies the spirit of the emerging world politics. China benefits greatly from globalization, but fiercely defends its sovereignty and free hand. He believes in the balance of power, and at the same time is doomed to resist attempts to build it - after all, if the current development trends continue, such a balance will be built precisely against China. Add to this a booming economy, aware of its enormous internal weaknesses, and therefore fearful of any instability. Of these and many other contradictions, the entire international environment is woven today.

As the West sinks under the weight of the burden of leadership, China is not only in no hurry to take responsibility, but also fundamentally avoids it. The main paradox: Beijing is really afraid of being pushed to the fore and be in the position of a hegemon against which everyone else will rally - something similar has already happened with America. And when Chinese strategists and politicians expose that they are not interested in world domination, they probably are not being cunning. In the Chinese consciousness, there is no universalistic ideological base, without which large-scale expansion is impossible. However, the very situation of a very fast-growing beneficiary of globalization, as well as an increase in the weight of the PRC in the world economy and politics, will inevitably provoke the attitude of others towards China as a candidate for world domination. With the ensuing consequences - deterrence by all means and on all fronts.

The next decade will be a crucial time, during which the contours of the new alignment of forces in the world will begin to appear. The inertia given by the end of the cold war ends. Appealing to that victory (West) or defeat (which Russia makes with voluptuous masochism) makes no sense - the situation is radically different today. In conditions of aggravating unpredictability, long-term strategies are hardly possible: minimizing damage and creating more favorable starting conditions become a leitmotif in case the future begins to clear. In these 20 years that have passed since the collapse of the USSR, we observed the triumph of values ​​(liberal, relying on the strength of the United States and NATO) over principles (traditional approaches in international relations). From now on, one should expect the victory of egoism - everyone will be more and more concerned with strengthening their own positions and ensuring stability in the face of external challenges.

There have not yet been examples in history that the world order arose by itself, without major military conflicts establishing a new balance of power. It seemed that the era after the Cold War is an exception, but today it is clear: there was no order. At the beginning of the 21st century, there are two factors that can reduce the risk of a major collision: nuclear weapon, dramatically increasing the cost of war, and universal economic interdependence. This instills some optimism, although the same story teaches another - there is practically no limit to the stupidity and greed that a person is able to manifest, be it personal relationships or interstate.

Ctrl Enter
Noticed oshЫbku Highlight text and press. Ctrl + Enter
We are
The world we leave, the world we enter, and the world between themThe structure of world domination
Military Reviewin Yandex News
Military Reviewin Google News
12 comments
Information
Dear reader, to leave comments on the publication, you must to register.