Who invented the "peace process" and the "Palestinian people"? 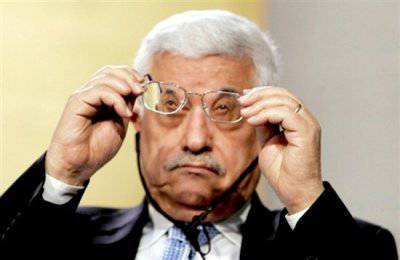 The “peace process”, which is now being talked about tirelessly, is pure intrigue planned by the KGB, ”Lieutenant-General of Romanian Intelligence Ion Mihai Patepa confirms and proves the most senior officer of those who had once fled from the countries of the Soviet bloc .


First came the light of the so-called "Palestinian people" invented by the Soviets, who allegedly "needed self-determination." This term, the “Palestinian people,” fabricated by masters of Soviet disinformation in 1964, when the Palestine Liberation Organization (PLO) was created, according to its authors, meant the Arabs living in Palestine. It was first used in the introductory part of the Palestinian charter (declaration of political demands), written in Moscow in the same 1964 year. The charter was approved by a member of the Palestinian National Council, 422, which was carefully selected by the KGB.

Why did they do such things in Moscow?

The fact is that in 1960-70-ies the Soviet Union was actively engaged in the creation of "liberation movements". The Palestine Liberation Organization and the Bolivian People’s Liberation Army were born in 1964. The most "successful, most tenacious of all KGB projects was the PLO project.

In his article “The True Initiators of Terror”, which was published in the New American magazine 3 September 2007, William F. Jasper quotes General Patsep:

“For almost four decades, the PLO, which had strong political contacts, was the largest, richest organization in the world. The world community, for the most part, believed that it was a merit of Yasser Arafat, who managed not only to create such an organization, but also to keep it in an iron fist. However, Yasser Arafat only tried to present himself as an “independent player.” In fact, he was completely subordinate to the Soviet KGB and the intelligence services of the Warsaw Pact countries, who trained the PLO members, provided the material and technical base of the organization and gave clear instructions. ”

Pacepa wrote that his leaders in the KGB were Vasily Samoilenko, Vladimir Bulakov and the Soviet “ambassador” Alexander Soldatov. The closest friend and associate of Yasser Arafat, the head of PLO intelligence, Hani Hassan, was in fact an agent of the DIE, a Romanian KGB unit.

In the introduction to the Palestinian Charter, the phrase “Palestinian Arab people” is used. The purpose of using such a long term is to exclude Jews living in Palestine since biblical times, which are more than 150 years old, since 1845, have been consistently the majority of the population of Palestine.

The Soviet leaders of the “Palestinian project” insisted that dictator Nicolae Ceausescu, then ruling in Romania, persuade Arafat to abandon the slogan proclaimed by him about “the destruction of the Jews of Israel in the name of the liberation of the Palestinian people.” And it was a well-developed strategy, the first step towards turning the conflict between Arabs and Jews from religious jihad (holy war of Muslims against the “infidels” into secular nationalism and the Palestinians' desire for self-determination. ” to accept.

The inventors of this strategy were not interested in the fact that Israel is a tiny state whose very existence is threatened by the Arab countries around it, the states where the vast majority of the population are Muslims whose religion requires the destruction of the “infidel” and the seizure of land formally controlled by Muslims. .

Skillfully organized propaganda has done its job - the Jews from the victims have become "oppressors", "subjugating themselves" to the Palestinian Arabs.

The Arabs of Palestine waged war on the Jews, at least from 1929, when they led a pogrom in Hebron, in which 69 Jews were killed, under the leadership of Haj Amin Al Husseini, a terrorist organization Muslim Brotherhood organization. With the help of the USSR, the ideas of jihad imported from Egypt in the 1960s overnight transformed into a “liberation struggle” against “oppressors”. Since then, whenever Arabs committed terrorist acts, it was called "resistance."

In his book "History, turned upside down ", David-Meir Levy writes:" Yosser Arafat was greatly impressed by the success of Ho Chi Minh (Vietnamese communist leader, the first president of North Vietnam), who managed to mobilize the left in Europe and the United States. The left-wing activists on the campuses of American universities and colleges, did not hesitate to embrace the propaganda line of North Vietnam - the attacks of the communist regime of North Vietnam on Southern began to be considered the "national liberation war of the Vietnamese people." The commander of the North Vietnamese army, General Jiap, taught Yasser Arafat a valuable lesson: to succeed in the struggle, it is necessary to develop the appropriate terminology. General Jiap’s advice was simple but effective:
“The PLO should hide its true goals and create an image of a moderate organization. Stop talking about the destruction of Israel, the Vietnamese general instructed, and turn the terrorist war into a fight for human rights. Then, he promised, you will have Americans with your hands. ”

Arafat turned out to be a diligent student. He also studied with Mohammed Yazid, who served as the Minister of Information in the Algerian government (1958 - 1962).

“It’s impossible to mention that Israel is a small country and that its neighboring countries are threatened with its existence,” Arafat taught his new mentor. “It is also impossible to reduce the problem of the Palestinians only to the problem of refugees ... The situation must be presented in such a way that the Arabs are victims of Zionist oppression and are under pressure from international imperialism.”

To make sure that Yasser Arafat is able to take advantage of these instructions, the KGB officials dealing with the "Palestinians" transferred the PLO leader and his assistants to the hands of the propaganda master - Romanian President Nicolae Ceausescu.

For several years, Ceausescu met regularly with Arafat and taught him how to apply the advice of his mentors in practice. The circumstances were such that the head of the Romanian military intelligence, Ion Mihai Patepa, turned out to be Arafat’s personal “leader”. He had to work tirelessly in order to somehow cooperate with a not always managed protégé. Later, Patsa recalled how Arafat was arguing with Ceausescu, demanding that he abolish certain prohibitions. For example, the leader of the PLO, for example, believed that his organization should become a "people's revolutionary army" seeking to "restore justice and get rid of the oppressor." But gradually Arafat began to learn the lessons of treachery and cunning taught by Ceausescu. In the first years of his stay in Lebanon, he developed a "successful" propaganda tactics that allowed him to create the image of the unfortunate homeless wanderers, oppressed by the colonial power. This work was not in vain: it served its creator for many decades, helping to mislead the West.

At a time when Jimmy Carter took over the presidency in the United States, the CPSU General Secretary Leonid Brezhnev took another step forward. He told Pacep that Carter would certainly fall for it if Yasser Arafat pretends that he refuses violence and seeks peace talks. And Patep was able to convince Arafat of this, citing a win-win argument: if the leader of the PLO puts on a “sheep skin”, the West will begin to shower him with money and offer honor. Indeed, the West met these expectations: billions of dollars flowed into the PLO accounts, and Arafat himself received the Nobel Peace Prize.

Ceausescu warned Yasser Arafat that he would have to pretend for many years. This science was perfectly mastered by the closest ally and then by Arafat’s successor, Mahmoud Abbas, who headed the PLO after the death of Arafat. He still shows the world "sheep's clothing."

The information provided by Patep is confirmed by Zahir Muhsein, a member of the executive body of the PLO. In an interview with the Danish newspaper Trouw in 1977, Muhsein revealed a “secret”, stating that the expression “Palestinian people” is only a term used in a political game. In fact, there is neither such a people nor the desire of the masses for "self-determination". According to him, if the Arabs succeed in expelling the Jews from Palestine, these lands will be transferred under the jurisdiction of Jordan.

The fact that there is no "Palestinian" people, said the former president of Syria, the late father of the current, Hafez al-Assad, noting that before 1964, the Arabs of Palestine called themselves "citizens of Greater Syria."

During the First World War, Britain offered self-determination to the Arabs of Palestine - if they would help in the war against the Ottoman Empire. The Arabs preferred to fight on the Turkish side.

Further, here is an excerpt from the article of the General Patsa “Russian Traces”:

Andropov believed that the Islamic world for us is the same test tube in which we, from the bacteria of the Marxist-Leninist idea, must grow a deadly strain of hatred towards America. Islamic anti-semitism has taken very deep roots. Muslims are committed to the ideas of nationalism, hurray-patriotism and chauvinism. It is easy to warm the crowd of illiterate, oppressed Muslims to the highest temperatures. ”

And another quote from the same article:

“At the beginning of the 1970s, from the Soviet KGB, my department (the Romanian intelligence service) and other Eastern European intelligence services were ordered to find party activists on whom you can rely. It was about creating Islamic groups, the leaders of which we had to train, teaching the techniques of conducting terrorist operations and the ability to impart disinformation and lies for the truth. Then we had to help them penetrate the countries that were in our sphere of influence. So that they sow in these countries fanatical hatred of American Zionism, using the long-established hatred of Jews. I left Romania in 1978 year. By this time, my office had prepared and dispatched some 500 agents to Islamic countries. According to a rough estimate of Moscow, by 1978, the entire Soviet intelligence unit prepared and sent about 4 thousands of such agents to Islamic countries.

In the middle of 70 in the Islamic world, the “Protocols of the Elders of Zion” translated into Arabic began. We also distributed “documents” made by the Russian KGB, which stated that Israel and the United States of America, these “Zionist states” - are preparing to seize the Islamic world.

We, representatives of the Soviet bloc, tried to seize the minds of the people, because we knew that we didn’t win on the field of military operations ... ”

Ctrl Enter
Noticed oshЫbku Highlight text and press. Ctrl + Enter
We are
Palestine’s Middle East problemThe Palestinian problem and the question of the survival of Israel in the future
34 comments
Information
Dear reader, to leave comments on the publication, you must to register.