Bridgehead for US actions in the region: experts on the inclusion of Georgia in the NATO Rapid Reaction Force 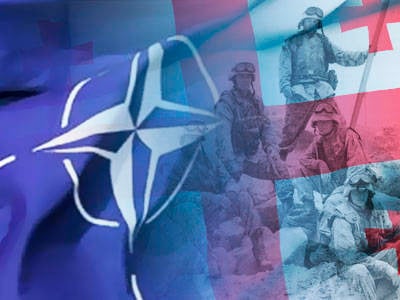 The possible formation of Georgia as part of the NATO Rapid Reaction Force is a “half-hearted solution,” emphasizing the political drift of the country, but in no way affecting the security environment of the Transcaucasian region. This was stated by the deputy director of the Caucasus Institute, security expert Sergey Minasyan in a conversation with a REGNUM correspondent, commenting on the statement by the head of the Georgian defense ministry, Irakli Alasania, that Tbilisi would become part of the NATO Rapid Reaction Force from Tbilisi onwards.


Georgia will become part of the NATO Rapid Reaction Force from 2015 of the year, Minister of Defense Irakli Alasania told 16 on September 9. According to him, the decision of the North Atlantic Alliance has already been made, and this was "the highest recognition of the Georgian armed forces." According to the minister, the army is practically prepared according to NATO standards. "The entry of Georgian armed forces into this structure shows that the process of our integration into NATO is irreversible," said Irakli Sesiashvili, chairman of the parliamentary committee on defense and national security.

The said decision, as the Armenian expert Minasyan is sure, is due to the lack of prospects for Georgia to join NATO in the foreseeable future. "In the foreseeable future, Georgia will not join NATO, moreover, the Alliance cannot yet resolve issues related to further expansion. Georgia has not yet been submitted even to the NATO Membership Action Plan (MAP), after which its membership in the bloc becomes only bureaucratic on the other hand, given the involvement of Georgia in NATO’s programs and peacekeeping operations, there is currently an attempt to find some “half-hearted solutions,” he stressed, adding that in this way dy Georgia and NATO.

Next year, Georgia-NATO cooperation will be 20. Since 1994, the country has been participating in the Partnership for Peace program. Now, almost 1,7 of thousands of Georgian soldiers are serving under the American command in Afghanistan - this is the largest indicator among non-member countries. During the Afghan mission, Georgia lost the soldiers and officers killed by 29. Taking into account the rotation, the school of participation in international operations passed 11 thousand Georgian military, that is more than a third of the entire army. According to Alasania, the presence of the Afghan experience distinguishes the Georgian armed forces from all the armies of the region.

Experts did not agree on the influence of Georgia’s drift on the overall security environment of the Caucasus region. Minasyan considers this to be only a symbolic moment in Georgia-NATO relations, which in no way really influences the regional security situation. "This is more a demonstration of Georgia’s political drift towards NATO, rather than a real shift capable of changing the general configuration of forces in the region," Minasyan said. From the point of view of Korotchenko, a closer relationship between Georgia and NATO in the form of its participation in the bloc’s rapid reaction forces can have a rather negative effect on the entire region. “Firstly, Georgia is a country of aggressor, which still does not recognize such responsibility. Secondly, this can lead to Georgia becoming a springboard for US actions in the region,” Korotchenko concluded.