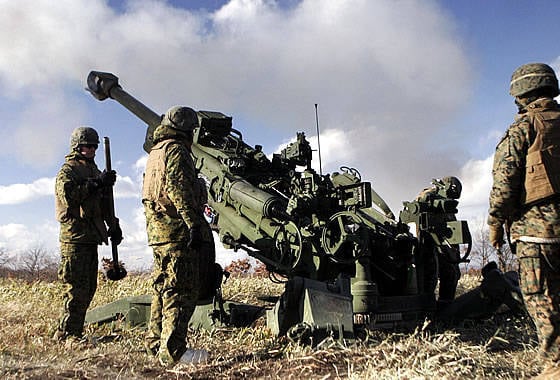 The long delay by India of an official confirmation of the purchase of American-made M-145 lightweight towed howitzers 777 can lead to a significant increase in the cost of implementing the program.


It is reported by "Janes Defense Weekly", citing industry sources.

This information was confirmed by the Minister of Defense of India A.K. Anthony in response to the request of parliamentarians, saying that the US government responded to the request sent in November 2012 of the year by “a letter with a proposal and acceptance of a proposal” with a preliminary cost of $ 694 million.

An industry source said that the price increased to 694 million dollars is a “gesture” of DSCA, designed to support negotiations on the supply of M-777 open, otherwise the contract would be considered canceled and the process would have to start anew.

Military sources familiar with the program's progress reported that the cost increase was partly due to the need to provide compensation to BAE Systems for maintaining the M-777 assembly lines in the UK and the USA. For these purposes, from the end of 2012, the company was forced to send about 50 million dollars, since it has no other orders for the supply of M-777.

Sources say that if the Indian MoD will not be able to confirm the agreement by October 15, the assembly line will still be closed, and the resumption of production will require an increase in the cost of India for the new agreement by 37% - up to 885 million dollars. This will also delay the delivery of India’s howitzers, as re-certification of components will be required. M-777 large assemblies are manufactured in the UK. But, since the main customers of the howitzers are NE and USMC, guns are assembled at the BAE Systems enterprise in Hettisburg (Mississippi pieces). The American side notified the Indian MoD that the cost of M-777 would increase and the assembly lines would be closed if the contract was not signed soon, but did not receive an official response.

As stated by Jaynes 18 on September, a representative of BAE Systems, the governments of India and the United States continue negotiations.

According to official sources, now the incident with the rupture of the trunk may delay the implementation of the program for the production of these howitzers for more than a year.

Ctrl Enter
Noticed oshЫbku Highlight text and press. Ctrl + Enter
We are
Armored Vehicles Market in the Middle East in 2005-2012 and forecast for 2013-2016The 20 rating of the largest arms deals, decisions on which were made in 2012
Military Reviewin Yandex News
Military Reviewin Google News
48 comments
Information
Dear reader, to leave comments on the publication, you must to register.