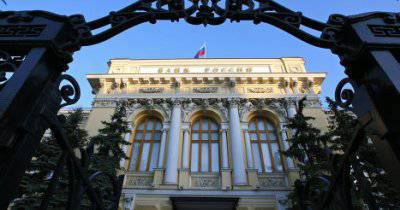 From the point of view of Russia and the traditional Russian economy, there is no worsening of the world conjuncture.


The media transmit the statement of the head of the Ministry of Economic Development Alexei Ulyukayev about the deterioration of the dynamics of economic development in Russia. In his opinion, this is explained by the unfavorable conjuncture of foreign markets, which affected domestic exports. As a result, in 2013, the level of development of the Russian economy was below the world average.

The information published by Ulyukaev is commented for KM.RU by Mikhail Leontyev.

We have not very good prospects for global market conditions.

This is beyond my comprehension! All that Ulyukaev is talking about is the product of the activity, first of all, of Ulyukayev himself. As an ideologist of the Central Bank, responsible for course policy, he certainly should understand this and could not fail to understand this. In terms of Ulyukaev, I exclude the possibility of thoughtlessness, misunderstandings and errors in calculations. Of course, there is not one Ulyukaev here, this is Kudrinism in general, but Ulyukaev is a key figure.

Yes, we do not have very good prospects for the world conjuncture, I would say, just bad. But current balance and current conjuncture are not created by prospects. Energy prices and, in general, the traditional goods of our exports are very high. They did not fall.

It was the first, and now the second. The competitiveness of the Russian economy is primarily reduced due to the exchange rate policy pursued by the Central Bank and the Ministry of Finance. This exchange rate policy has led to a four-fold appreciation of the ruble over the past ten years. This is if you look at the effective exchange rate of the ruble, and we live in an open economy and compete with foreign industrial goods. This kills Russian production, stimulates the consumption of exclusively imported goods.

The financial and economic bloc of our government has destroyed all opportunities for its own economic growth in Russia. Credit is unavailable, it is super high, money is expensive. They cannot win inflation, because they persistently struggle by monetary methods against non-monetary inflation, that is, inflation of the costs created by the growth of tariffs of natural monopolies. The exchange rate policy systematically destroys the competitiveness of Russian manufacturers. That's the whole история.

Hence the fall in investment. And who will invest in an economy that is not just uncompetitive, but which systematically reduces its competitiveness through the macroeconomic policies of its own government? We have now begun the process of refusal of foreign automakers to localize. Unprofitable! This is a very typical, very indicative industry. It is more profitable to produce the same in France and Germany. This is prohibitive. And I see prospects in returning to common sense in macroeconomic policy.