September 21 - Victory Day in the Battle of Kulikovo

21 September 2013
277
The victory of the Russian regiments in the Battle of Kulikovo is a turning point in the struggle of the Russian people against an alien invasion that lasted more than one hundred years and was called by the historians the Tatar-Mongol yoke. Historical the significance of victory in the Kulikovo field cannot be overestimated. It was this victory that laid the foundation for a genuine political, economic and spiritual unification of the Russian principalities, the whole nation, which became the key to the emergence of a single Russian state and its further establishment as one of the key European and then world powers.


Learning about the movement of the enemy troops headed by Mamai to Moscow, Prince Dimitri Ivanovich appealed to other Russian princes to unite efforts to repel the Horde people. The collection of Russian regiments was appointed in Kolomna, representatives of the absolute majority of the fates of Russia of that time were part of the united army. The army was blessed by St. Sergius of Radonezh at the battle with the enemy and gave Prince Dimitrii to support two of their monks, Alexander (Peresvet) and Andrey (Oslyabyu), dressed not in armor and armor, but in ordinary monastic schemas with the cross depicted on them. In “The Tale of the Mother's Battle” about this historical episode it says: “And Sergius gave them, instead of perishable, imperishable weapon “The Cross of Christ, sewn on schechims, and ordered, instead of gilded helmets, to be laid upon itself.” 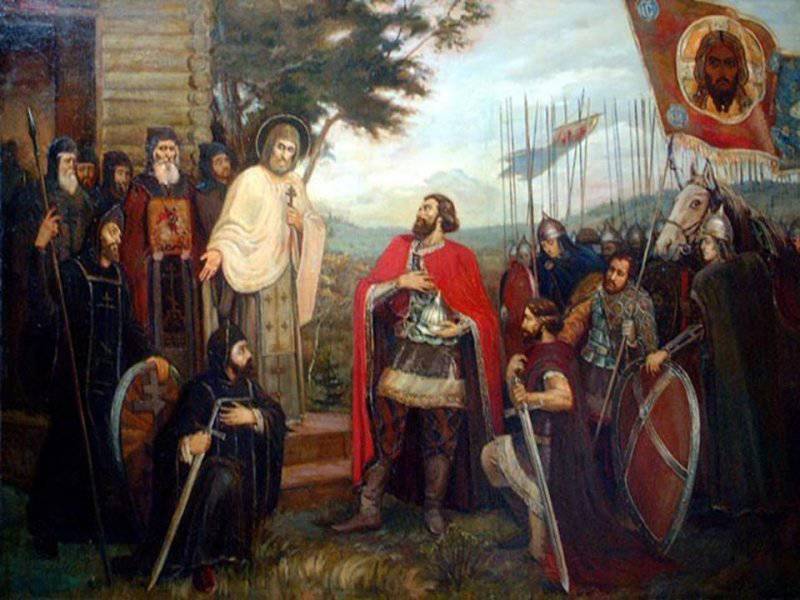 The battle took place 8 (21) September 1380 of the year on the field, popularly known as Kulikov, near the confluence of the small river Nepryadva and Don, starting with a duel of one of the monks Alexander (Peresvet), one of the strongest Mongolian fighters Chelubey, head protected by armor. Contrary to the initially unequal position of the soldiers, their duel ended in a draw - both bogatyrs died, which inspired the Russian regiments, revealing the spiritual power of the blessing of St. Sergius. 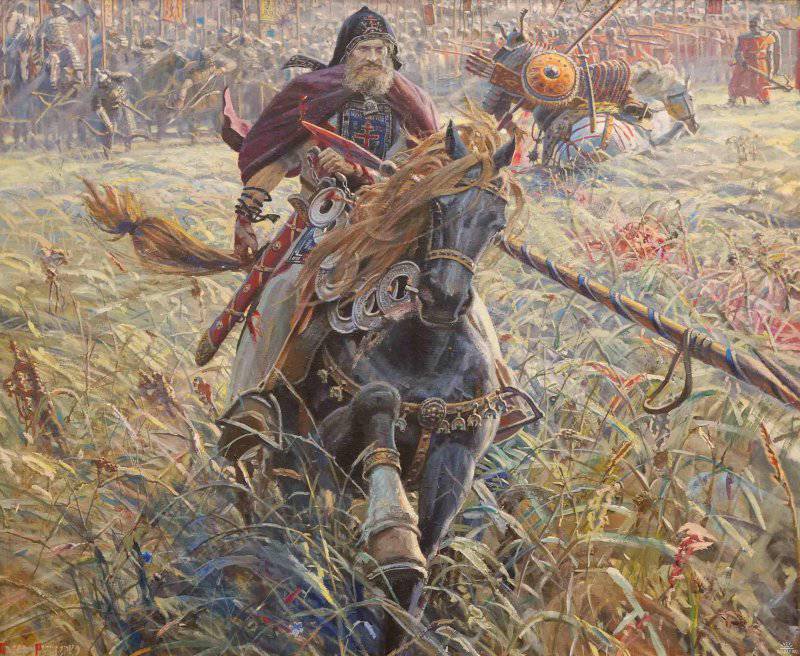 The battle lasted for many hours and was extremely fierce. According to the description of the chroniclers, the battlefield was literally strewn with corpses, so much so that horses could hardly walk on the ground. The initiative was completely transferred to the Russians thanks to the actions of the ambush regiment, which, going over to the offensive, pursued the enemies of 50 versts, to the banks of the river Beautiful Sword, as the chronicle writes, “beating countless numbers of them”. Horde army was completely defeated. The Russian army also suffered considerable losses.

According to chroniclers, the dead were buried for about a week. Subsequently, a church was erected on the mass grave, which has not survived to our days. In memory of the glorious victory in the Kulikovo field, Prince Dimitry Ivanovich, who personally fought at the forefront as a simple warrior, received the nickname Don. Glorified in the face of saints, Prince Dimitri Donskoy went down in Russian history as a visionary statesman, a true patriot of Russia, a brave warrior, as one of the greatest sons of his Fatherland. 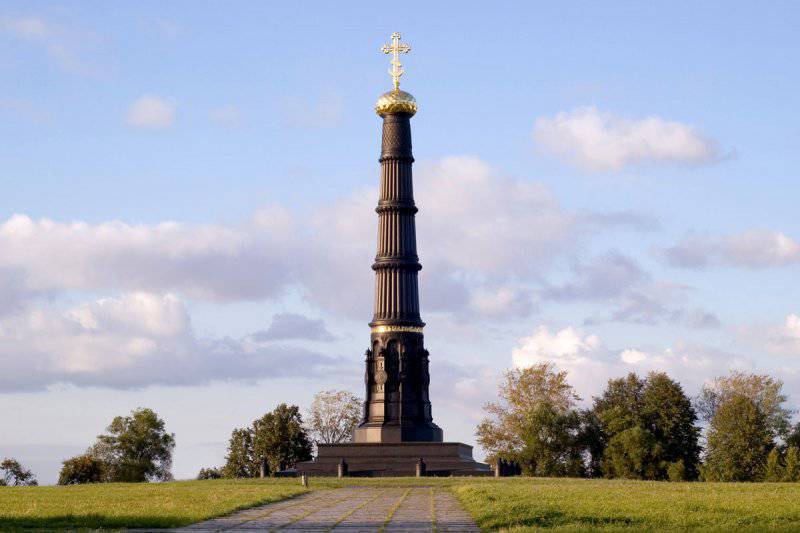