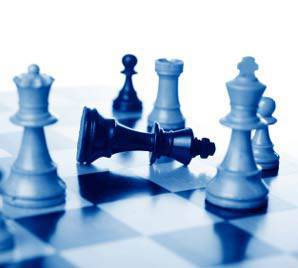 Americans view individual geopolitical real estate objects in isolation, like hotels on the Monopoly board, while Russians pay attention to the interaction of all spheres of their interests around the world.


Syria in this regard does not represent a real strategic interest either for Russia or for anyone else. The ruined wreck of a country with an economy that has suffered irreparable damage, without energy, water, or food supplies to maintain long-term economic viability. The multi-ethnic jumble left at this place by British and French cartographers after World War I irreversibly rolled into a war of mutual extermination, the only result of which could be depopulation or a section on the Yugoslav model.

Syria is important only from the point of view of the threat of the expansion of its crisis into the adjacent territories of more strategic importance. Like the Petri dish for jihadist movements, it threatens to become a training base for a new generation of terrorists, playing the same role as Afghanistan played in the 1990 and 2000.

As a landfill for use weapons mass destruction, it provides a diplomatic laboratory to measure the reaction of world powers to inhuman actions - with a relatively small risk for participants. It is an incubator of national movements in which, for example, freedom of action, regained by the two million Kurds living in the country, is a means to destabilize Turkey and other countries with a significant Kurdish minority. And most importantly, as the arena of confessional war between Sunnis and Shiites, Syria can become a springboard for a wider conflict that encompasses Iraq and, possibly, other states of the region.

I do not know what Putin wants in Syria. I think that at the moment the Russian president does not know what he wants in Syria. A strong chess player, starting a game with a weaker opponent, creates positions that do not give an immediate strategic advantage in order to provoke mistakes from a partner and win an unplanned figure. Putin wants a lot. But most of all he wants one thing, namely, the restoration of the status of Russia as a great power. Russia's leading diplomatic role in Syria offers several options for achieving this goal.

As the world's largest energy supplier, Russia is seeking to strengthen its leverage on Western Europe, for which it is the main energy supplier. She wants to influence the sale of natural gas produced by Israel and other countries in the eastern Mediterranean. She wants to make other energy suppliers in the region dependent on her goodwill as regards the safety of their energy exports. She intends to expand her role as an arms merchant by challenging the American F-35 and F-22, among other things, with the help of her new stealth fighter “Dry” T-50. She wants freedom of action in the fight against terrorism among the Muslim minority in the Caucasus. And she wants to maintain influence in the so-called near abroad, in Central Asia.

American commentators with surprise, and in some cases with alarm, reacted to the emergence of Russia as an arbitrator in the Syrian crisis. Indeed, the growing role of Russia in this region was already evident when, in the first week of August, the chief of Saudi intelligence, Prince Bandar, flew to Moscow to meet with Putin.

The Russians and Saudis announced that they would work together to stabilize the new military government in Egypt, in direct opposition to the Obama administration. In fact, Russia offered to sell to Egypt any weapons that the United States refused to sell, and Saudi Arabia agreed to pay it.

This was a revolution in diplomacy, with no clear precedents. And not only because the Russians returned to Egypt after 40 years after they were expelled from there, in the context of a real world war; they did this in a tactical alliance with Saudi Arabia, Russia's historically sworn enemy in the region.

Although the Saudis and Russians have a number of obvious reasons for cooperation, for example, the control of jihadists in the Syrian opposition, we still do not understand all the consequences of bringing them closer together. The Saudis organized a leak of information that they offered to buy Russian weapons for $ 15 billion in exchange for Russia's refusal to support Assad. Such rumors should not be judged by their face value. They may be a disguise, but a disguise of what?

Putin's chessboard covers the whole world. It includes such things as the security of energy exports from the Persian Gulf, the transfer of gas and oil through Central Asia, the export market for Russian weapons, negotiations on energy supplies currently underway between Russia and China, the vulnerability of energy suppliers for Europe, and international stability for countries bordering or lying close to the Russian borders, including Turkey, Iraq and Iran.

For American analysts, much of this chessboard is similar to the far side of the moon. We see only what the Russians allow us to see. For example, Moscow first promised to deliver the C-300 missile system to Syria, and then withdrew its proposal. Saudi Arabia at the beginning of August allowed information to leak that it was ready to buy Russian weapons for 15 billion dollars in exchange for concessions on Syria. Some negotiations are underway, but we have no idea what kind of carrots and carrots can be used for.

What we can assume is that Russia now has much more opportunities to influence events in the Middle East, including the security of energy resources, than it has ever had since the Doomsday War 1973. At present, it is in the interests of Russia to support these uncertain divinations and expand the field of its future strategic options. Russia, in effect, shifted the burden of uncertainty to the rest of the world, especially to the leading economies dependent on energy exports from the Persian Gulf.

President Obama obviously considers this arrangement advantageous for his own political agenda. The president has nothing to do with the interests of strengthening America’s strategic position in the world; in his intentions, perhaps, to weaken them, what Norman Podgolets accused him of in the Wall Street Journal article published last week, and as I argued five years ago, Obama focused on the domestic political agenda.

From this point of view, the transfer of responsibility for the Syrian porridge is a risk-free move. The widespread American aversion to military intervention is so strong that the voter will welcome any steps that reduce America’s responsibility for foreign policy problems. Although the elite of the Democratic Party are liberal internationalists, Obama’s election base is hardly interesting for Syria.

Public commentary on foreign policy is an exercise in despair under the circumstances. Since America is a democracy, and for substantial investment of resources, at least, a certain degree of consensus is required, diplomacy was extremely transparent, while America dominated this field. Brain centers, academia and the media have served as a mouthpiece for any meaningful initiatives so that decisions made, at least in part, are made visible to the public. This is no longer the case of Vladimir Putin’s chessboard. Russia will build a series of strategic compromises, but what they consist of, we in the West will know, at best, after the fact, if ever we learn.

The difficulties of a different order will be related to the possible reaction of other promising players, in particular, China, but Japan should be included here. The reduction of American strategic positions undertaken by America itself eliminates for Russia restrictions on the choice of a specific option. On the contrary, Russia can accumulate positional advantages in order to use them for specific purposes when it is convenient for it. And Putin will sit quietly on his side of the chessboard, and the clock is ticking, working against his opponent.

Perhaps Putin thinks that he anticipates a similar strategy on the part of the West. Fyodor Lukyanov last March wrote in the online publication AI Monitor:

“From the point of view of the Russian leadership, the Iraq war now looks like the beginning of the accelerated destruction of regional and global security, undermining the latest principles of a sustainable world order. Everything that has happened since then - including flirting with the Islamists during the Arab Spring, the US policy in Libya, and its current policy in Syria - is evidence of the strategic insanity that gripped the last remaining superpower. ”

Russia's stubbornness in the Syrian issue is the result of such awareness. The question is not in sympathy for the Syrian dictator, not in commercial interests, not in the naval base in Tartus. Moscow is confident that if it is allowed to continue destroying secular authoritarian regimes because of America and the West supporting "democracy", this will lead to such destabilization that will overwhelm everything, including Russia. Consequently, for Russia, confrontation is a necessity, especially since the West and the United States themselves are experiencing increasing doubts.

Russians, as a rule, believe that Americans think the same way as they weigh each move and how it affects the overall position on the board. The fact that the overwhelming majority of moves on the part of Americans is explained by incompetence, and not by a conspiracy, is alien to Russian thinking. Whatever the Russian leader thinks, he keeps it to himself.

I have been writing articles on international politics for this 12 column for years, and I have nothing more to say. The Obama administration has given a strategic initiative to countries in which decision-making practices are hidden behind an impenetrable wall. Robert Frost’s lines come to mind:

And as for disaster,
Not worth the hassle -
Report to Belshazzar
About what is coming.

Or, as Robin Williams expressed in the old nightclub, his impression of the then President Jimmy Carter’s address on the brink of the Third World War: “That's all, good night, and then all by yourself, only yourself.”