Turkish expert: "The probability of intervention against Syria is zero" 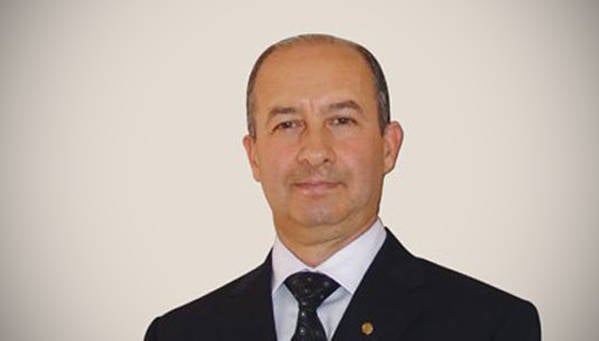 Why did a Syrian helicopter shot down on the Turkish border actually violate Turkish airspace? Why did this incident cause such a powerful information storm in Ankara? Retired Brigadier General Khaldun Solmaztyurk shared his opinion on the matter with Golos Rossii

- Immediately after the Russian-American agreement was reached in Geneva on the problem of the destruction of chemical weapons in Syria and the likelihood of intervention against the Arab Republic was virtually nullified, a Syrian military helicopter was shot down in the Turkish-Syrian border area. According to representatives of the Turkish leadership, it was necessary: ​​the Assad regime allegedly specifically sent a military helicopter to violate the border of Turkey in order to demonstrate impunity for its actions. In your opinion, is this possible?

- I do not think that Damascus specifically sent its combat helicopter to Turkey. Neither Assad, nor the Syrian government, nor the armed forces of the Arab Republic would have conducted such a provocative action in the current situation. On the other hand, it is known that the reconnaissance helicopter Mi-17 flies at a very high altitude, as a rule, at an altitude of about 5 km. And from this height it is very difficult to determine the exact line of the border. This is only possible with the help of modern technical equipment.

However, the downed helicopter is an old-fashioned machine that did not have this technology. Therefore, the helicopter crew was virtually unable to determine a clear separation between its own and foreign airspace. In this incident, a standard error occurred, from which no one who controls the old-style helicopters is insured. In addition, the helicopter was in Turkish airspace for a very short time, and after detecting the violation, it was immediately recalled by the command of the Syrian Air Force. All these facts indicate that this incident is an absolute coincidence, and not a pre-planned action.

- And, nevertheless, some (Foreign Minister Ahmet Davutoglu, - ed.) Suggest that after the incident with the helicopter the territory of Turkey, and, consequently, the territory of NATO is under threat. Do you agree with these concerns?

- In my opinion, the Assad regime is not dangerous for Turkey. The only thing that Turkey can suffer from is the consequences of the ongoing bloody civil war in Syria. Turkey is already experiencing the negative effects of this war. But this is the fault of Turkey itself, whose government has put a lot of effort into pushing the parties to the conflict.

The Turkish government almost from the very beginning became a party to the conflict and acted on the side of the opposition, thus becoming part of the Syrian crisis. Therefore, neither Ahmet Davutoglu nor the Turkish government has any reason to speak at all about the presence of any threat allegedly emanating from Damascus. The problems that Turkey faced today in connection with the Syrian crisis are the fault of the Turkish authorities.

- Expert: "Because of its Syrian policy, Turkey was alone"

And the statements by Ahmet Davutoglu about the need to involve NATO in ensuring the security of Turkey are aimed exclusively at the country's internal audience. No one at NATO considers these statements by our Foreign Minister seriously.

- Experts point out that when Ahmet Davutoglu spoke about the support provided to Ankara by foreign countries during the incident with the downed Syrian helicopter, he did not mention the United States. It seems that Washington simply ignored the incident. Is this due to disagreements between Turkey and the United States on the Syrian issue?

- The fact that there are deep disagreements between the United States and Turkey on the Syrian issue is an obvious fact. Today, Turkey is the only country still seeking military intervention in Syria. There is a serious divergence of views on Turkey, on the one hand, and the international community, including the United States, Great Britain, France, etc., on the other hand, on the Syrian issue. On the other hand, without the participation of the United States, there will be no military operation against Syria. However, Washington has openly stated that it does not intend to participate in anti-Syrian intervention. Therefore, in fact, there is no support from other countries, and the statements of Ahmet Davutoglu are intended exclusively for the internal audience of Turkey.

- Taking into account all the latest circumstances and statements, how much do you think is likely to be an intervention against Syria?

- The probability of intervention is zero.

Khaldun Solmazturk - former head of the International Security Directorate of the General Staff of the Armed Forces of the Republic of Turkey, a retired brigadier general.

Ctrl Enter
Noticed oshЫbku Highlight text and press. Ctrl + Enter
We are
Bashar Al-Assad: We have absolute confidence in our victory (+ full text of the President’s interview)Interview by President Bashar Al-Assad to the Sunday Times
Military Reviewin Yandex News
Military Reviewin Google News
46 comments
Information
Dear reader, to leave comments on the publication, you must to register.