20 September 2013
55
In the Ivanovo region, a veteran and invalid of the Chechen war, the father of three children, burned down a house. Soon he was handed the keys to a three-room apartment, only it was not the local administration that did it, but an entrepreneur who wished to remain anonymous.


The world is not without good people. This summer, in the Ivanovo region, a veteran and disabled person of the Chechen war, the father of three children, burned down a house. The city authorities have offered several options, one of which is a windowless room in a burnt hostel. Shortly after the media found out about the problem, the veteran was given the keys to a three-room apartment, but it was not the administration that did it, but an entrepreneur - a participant in the war in Afghanistan who wished to remain anonymous. 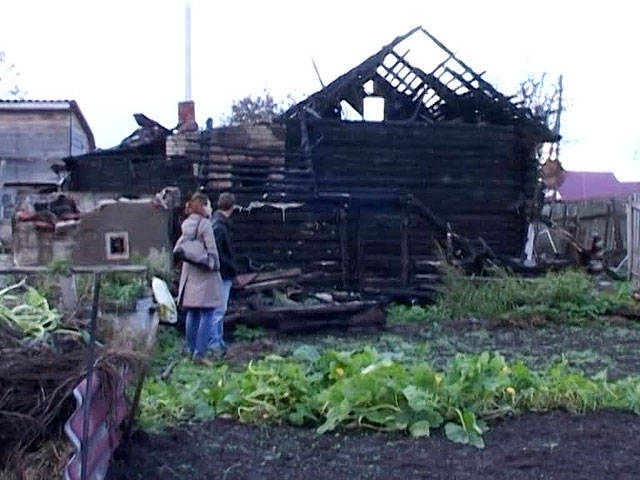 Charred ruins, yellowed window frames, melted appliances. The fire after a short circuit destroyed the Maslennikov private house in a matter of minutes. “The neighbors came running, they began to help. Then I say:“ We must run away, we will not extinguish. ”Everyone left, only the youngest, Ksyusha, remained. She said she was afraid and did not come out,” recalls the wife of the head of the family.

In the summer, a family with three children was living with relatives. Things did not have to be transported, as all the property burned down without residue. Andrei Maslennikov, a veteran of military operations in the Chechen Republic, has a second disability group. During the fighting, he came under fire from a column of gunmen in the vicinity of Khankala. There, Andrew was in 18 years after three months of service in the training company. The shell exploded a few meters from the soldier.

Left behind after a fire without a home, the veteran did not ask for help. On instances went to the mother of Andrew. She wrote to the governor of the region and to the administration of the Vichuga city district, but received the same answer: “We have no housing, we have no money. We can give a dormitory for six months as fire victims, and even then we have to search.” According to the woman, they were looking for this hostel, it took two or three weeks. 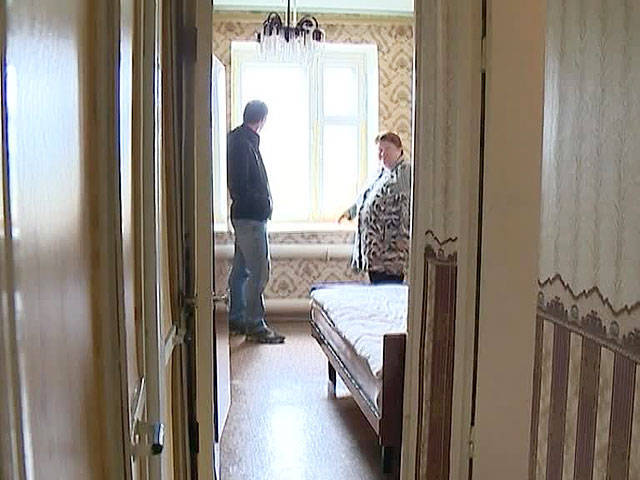 The administration of the city of Vichuga offered five options, but they all turned out to be equally unsuitable for life. One of them - a dilapidated hostel, judging by the walls, also survived the fire. It is impossible to get inside, as the entrance is boarded up and littered with debris.

Outraged Andrei's mother managed to take photos of the room offered to the victims of the fire before someone pounded the entrance. She posted them on the Internet and brought to the administration with the question: "Why does the Order of Courage, a disabled person, and the father of three children be offered to move from a burned-out house to a burned room, where even there are no glasses?" But in response there they shrugged, saying that there were no other options.

Valery Smirnov, deputy head of the administration of the Vichuga city district for construction, housing and public utilities, transport and communications, justifies himself: "We considered options for providing him with temporary housing for the period of restoring his house, which was destroyed after a fire. These options did not suit this family."

When this topic got into the media, an unknown person called Andrei Maslennikov, who introduced himself only by his patronymic name, and suddenly offered help. He said that he fought in Afghanistan and cannot be indifferent to what is happening. "I grew up at a time when such concepts as honor, conscience, dignity, patriotism were highly valued by the majority of our society. Currently, my financial situation allows me to assist not only my family and friends, but also friends and workmates , as well as servicemen who need it, ”explained Ivanov’s entrepreneur Valery, who refused to give his last name.

The patron of the money for his money bought a three-room apartment for a large family. The Maslennikovs have already received the keys to the donated housing, and the city administration announced that it would still provide the family with two renovated dormitory rooms.

Ctrl Enter
Noticed oshЫbku Highlight text and press. Ctrl + Enter
We are
Who has the keys to our sky?In the Ivanovo region opened a memorial memorial in honor of the designer of tanks
55 comments
Information
Dear reader, to leave comments on the publication, you must to register.