In memory of the fallen in the First World 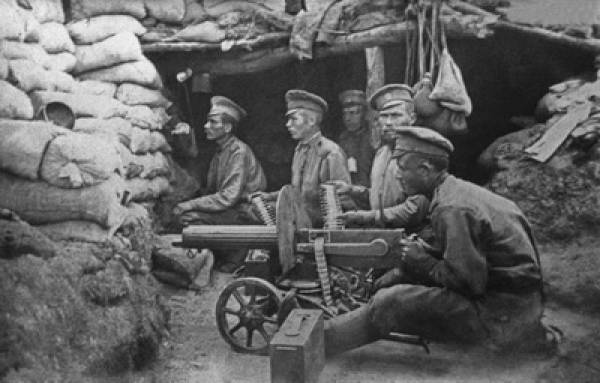 The sculpture of a Russian soldier in a field uniform with a roll and a trilinear thrown over his shoulder, whose chest is decorated with St. George's crosses, will become the central figure of the monument-monument to soldiers who fell during the First World War.

The monument, cast in bronze, will be installed in Moscow on Poklonnaya Gora on 1 in August of next year, on the 100 anniversary of the start of that war. This was announced by the Minister of Culture of the Russian Federation Vladimir Medinsky in the course of summing up the open All-Russian competition for a monument to the fallen heroes of the First World War.

A total of 30 works were submitted to the competition, of which three reached the final. The winner was the group of authors, led by Andrei Kovalchuk, a national artist of Russia. The sculptural composition of this group of authors will be built on Poklonnaya Hill, between the Triumphal Arch and the Museum of the Great Patriotic War. That, according to Vladimir Medinsky, is very symbolic.

The Minister of Culture stated that, alas, the mass media paid little attention to the competition. Nevertheless, for a short period, 200 thousands of people, including Internet users, visited the exhibition of sketches and left their opinions.

Assistant Minister of Defense of the Russian Federation Army General Yuri Yakubov said that the Ministry of Defense supports the decision of the jury. Monument to soldiers who died during the First World War, had to occupy its own historical place in Moscow and other regions of the country.

“My grandfather was a member of the First World War,” said Yuri Yakubov. “I remember his stories about those battles.” By the way, all the front commanders during the Great Patriotic War were from the Russian army, fought in the First World War. And, of course, it is wrong that for many years we forgot the feat of the Russian soldiers and officers during the years of that war.

Now justice will be restored. And let's hope that this monument will not be the only one of its kind.
Ctrl Enter
Noticed oshЫbku Highlight text and press. Ctrl + Enter
We are
In Kaliningrad, a monument to the heroes of the First World WarIsrael built a monument in honor of the Red Army (photo)
Military Reviewin Yandex News
Military Reviewin Google News
23 comments
Information
Dear reader, to leave comments on the publication, you must to register.