Russia decides what to do with old Kalashnikov assault rifles

20 September 2013
230
In recent years, the Russian defense industry has faced a rather non-trivial problem. Suddenly (!) It turned out that the bins of the Motherland are full of small weapons different degrees of antiquity. Against this background, in 2011, the military simply stopped purchasing new AK-74M machines, and Izhevsk gunsmiths could not offer a fundamentally new development to the military then. It is reported that at present in the warehouses of the Russian Defense Ministry about 16 has accumulated millions of trunks of various small arms, most of which are just Kalashnikov assault rifles. At the same time, almost 6,5 of millions of them have already developed their entire resource.


Analysts say that the presence of such a huge number of small arms of Russia is useless. The Ministry of Defense in case of war is enough 3-4 million trunks in warehouses, the remaining copies must either be sold for export, or upgraded, or disposed of. Konstantin Makienko, director of the Center for Analysis of Strategies and Technologies, notes that Russia simply does not physically have such a large number of people who are ready to take up more 3 million automata in the event of war. In addition, all modern conflicts suggest the availability of bets on the use of precision weapons and professional military, the massive use of mobilization reserves is simply not intended.

According to the deputy chairman of the Military Industrial Commission (MIC) under the Russian government, Oleg Bochkarev, small arms stocks accumulated in the warehouses of the Russian Ministry of Defense are holding back new orders. And this is despite the fact that Russia has been implementing a program for the disposal of obsolete models of weapons for the past 10 years. So the problem with samples of small arms that have accumulated in the warehouses, most of which are AK, is rather acute in our country. 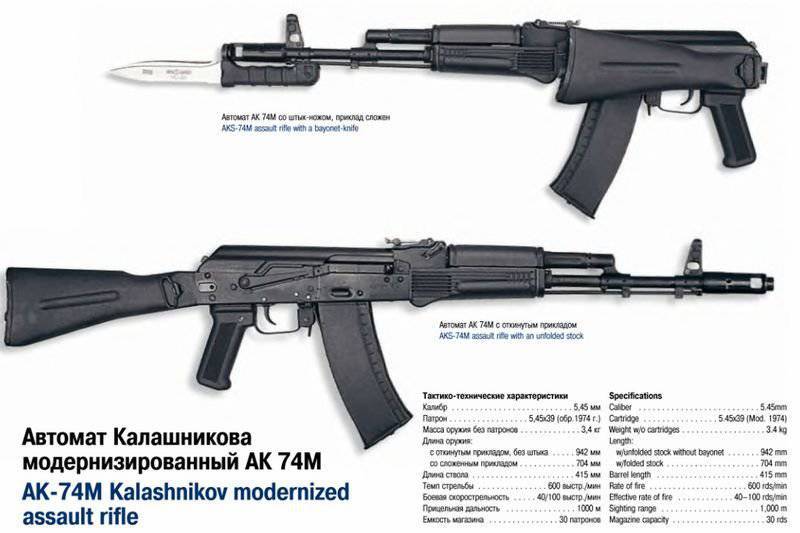 Possible ways out of this situation were announced 18 September 2013, in Izhevsk. In particular, Russian President Vladimir Putin supported the proposal, according to which the state corporation Russian Technologies is going to provide the Russian Defense Ministry 1 a new AK-12 machine gun in exchange for an 3 machine belonging to old generations to be removed from military warehouses. The fact that the Russian president supported the proposal of Sergey Chemezov (the head of Rotstekhnologii) told reporters the vice-premier of the Russian government Dmitry Rogozin.

The President of Russia and Dmitry Rogozin on September 18 in the capital of Udmurtia took part in a meeting on the implementation of the state armaments program in terms of equipping the country’s Land Forces with new weapons. At the same time, Dmitry Rogozin reminded journalists that the AK-12 has not yet passed the state tests stage, but the vice-premier expressed confidence that these tests will be held in the near future. Upon completion of the state tests program, a decision will be made on the scale of possible purchases, which will be carried out by the RF Ministry of Defense and other Russian law enforcement agencies, Dmitry Rogozin noted.

According to Oleg Bochkarev, the new Kalashnikov assault rifles, the AK-12, are expected to come into service with the Russian army as early as 2014. According to the official, there are two models that will be different caliber (7,62 and 5,45). The development of the AK-12 machine gun, which belongs to the 5 generation machine guns, was conducted in Izhevsk under the guidance of Vladimir Zlobin, the chief designer of Izhmash, since the middle of the 2011 year. The new machine for the Russian army and law enforcement agencies retained the classic layout, but received with a number of significant design improvements. So, in particular, AK-12 has a much better accuracy of fire when firing bursts and less impact when shooting. In addition, the machine should be equipped with Picatinny slats, which can be used to install various additional equipment on it (sights, target indicators, flashlights, etc.), a double-sided reloading handle and an adjustable butt. 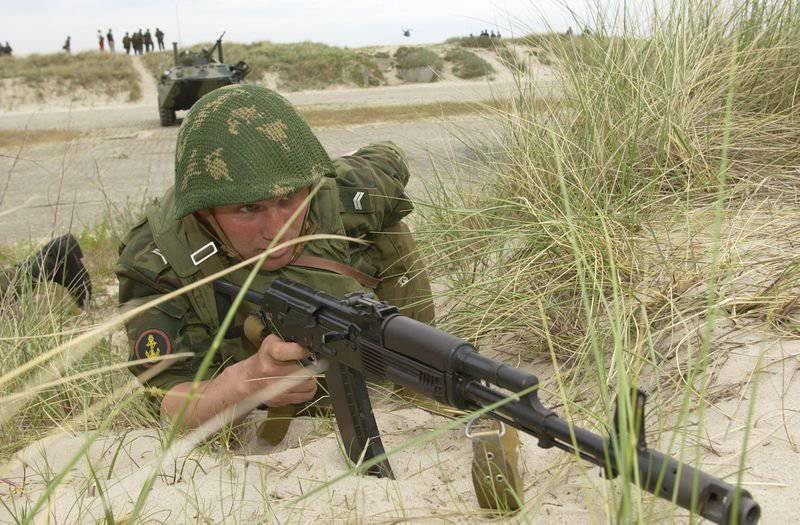 Speaking about the possibilities of using the previous series of Kalashnikov assault rifles, Dmitry Rogozin said that they could be used as spare parts. Also, in his opinion, the old machine guns could be used to create civilian weapons on their basis. An excellent competitive position was created on the basis of the Kalashnikov machine gun - the self-loading Saiga carbine of the 12 caliber. Today, these weapons are very popular in the US market, including among police units, the Russian deputy prime minister said.

Thus, according to Dmitry Rogozin, there is an opportunity to earn money through sales in foreign markets of military weapons, which was converted into civilian weapons. In addition, the Deputy Prime Minister recalled that on behalf of the military-industrial complex 6 has been working for months on a program to modernize the existing combat potential of small arms that has accumulated in the warehouses of the Russian Ministry of Defense, that is, work is underway to raise the class of weapons and replace parts of them.

Dmitry Rogozin also stressed that at present Russia is receiving quite a lot of proposals for the provision of military-technical assistance with small arms from foreign countries. This assistance could be provided at the expense of the reserves available to the Russian Ministry of Defense, that is, without engaging in the release of new machines at the plant in Kovrov or Izhevsk. It is quite possible for foreign partners to transfer automata stored in Russian warehouses. Speaking about deliveries through the PTS line, Rogozin did not specify the states to which Russian small arms could be sent, confining himself to saying that there are a lot of applications.