In Russia, the development of passenger ekranoplanov

20 September 2013
90
Central Design Bureau (CDB) for hydrofoil vessels (SEC) to them. R.E. Alekseeva, located in Nizhny Novgorod, is developing two projects of modern large passenger ekranoplans. It is worth noting that the Central Design Bureau. Alekseeva is today the leading Russian company in the field of designing WIG, hovercraft (SVP), hydrofoil vessels (SEC), air-cavern vessels (SVK) and boats. This design office was founded in 1951 year. Since then, the specialists of this company have designed many models of the profile technology, produced serially.


Almost all Russians know such names as “Rocket” or “Meteor”. Almost everyone has ridden these hydrofoil boats at least once in their life. Both of these projects, like many others, were implemented by the Nizhny Novgorod Central Design Bureau for the SEC named after Alekseeva. This design bureau is also known for its ekranoplans, for example, the sea-mounted Ekranoplan rocket carrier "Lun" - a direct descendant and relative of the famous "Caspian monster"

At present, the enterprise is working at full speed on the creation of two variants of large ekranoplanes, which are being created within the framework of the state program “Development of civilian marine equipment”. The chief designer of the Nizhny Novgorod enterprise, Sergey Platonov, told reporters about this. According to him, the first passenger ekranoplane A-050 has already completed outline design, a technical project is currently being developed. All calculations and experimental work have already been carried out on this ekranoplan, the economic performance of the product has been fully calculated. In addition, work is underway to create a conceptual design of an A-080 WIG, as well as testing its models in the pool. 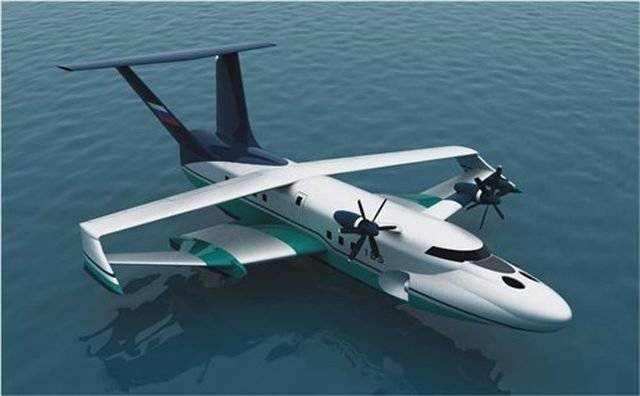 The ekranoplan A-050 company is already through 3 of the year ready to transfer to all potential customers, and A-080 - through 3,5 of the year. Both types of developed passenger ekranoplans will have 2 starting and 2 cruise engines. Currently, both for A-050 and A-080 there is a sufficient choice of propulsion engines of both Russian and foreign production.

According to the official Soviet classification of ekranoplans called ships on a dynamic air cushion. These were high-speed vehicles that flew within the range of an aerodynamic screen. That is, at a relatively low altitude (up to several meters) from the surface of the earth, water, snow or ice. With equal speed and mass, the wing area of ​​the ekranoplans is significantly less than that of the aircraft. According to the international classification, this hybrid of the aircraft and the ship belongs to the sea vessels. Ekranoplanes today are not considered as aircraft that can sail, but as ships that are capable of flying.

According to the international definition, an airplane is a multi-mode vessel that, in its basic mode, flies with the use of a “screen effect” over water or any other surface, without constant contact with it. At the same time, the vessel is supported in the air using aerodynamic lift, which is generated on the air wing or wings, the ground effect vehicle or on parts of the wing that are intended to apply the “screen effect”. 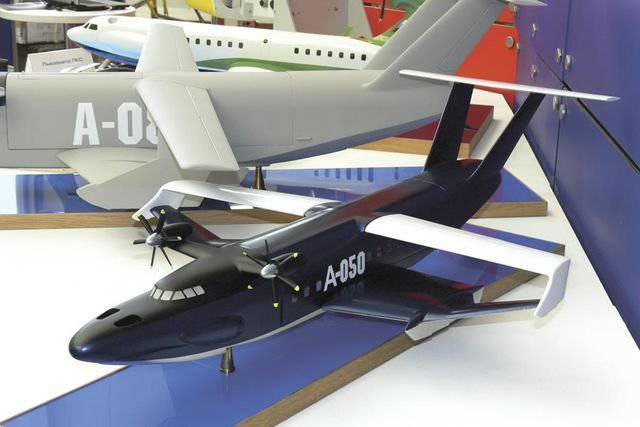 The advantage of this type of vehicles is the fact that they can be used freely on a variety of routes, including those that are simply not available to all other vessels. Along with the pain of high seaworthiness and hydroaerodynamic characteristics than other types of high-speed vessels, almost all of them have amphibious qualities. In addition to the water surface, they are able to move over solid objects (land, ice, snow), as well as be based on land. Thus, the WIG was able to combine the best qualities of the aircraft and the ship.

If we talk about the screen effect, then, in fact, this is the same airbag, but only obtained by forcing air not by special devices, but by the incoming stream. To put it another way, the “wing” of an EKP-plane creates a lifting force not only with the help of rarefied pressure over the upper plane (like in ordinary airplanes), but also additionally due to the increased pressure under the lower plane. It is possible to create such pressure only when using the device at very low altitudes (literally from several centimeters to several meters). This height can be commensurate with the length of the average aerodynamic chord (WAH) of the winged surface effect vehicle. For this reason, the wings of such devices are usually trying to perform with a fairly small elongation.

The new ekranoplanes of the TsKB Alekseev have all the basic qualities of these devices, namely: high fuel efficiency, high movement speed, high safety, amphibiousness, high seaworthiness, good flight characteristics, all-weather use. In addition, the CDB for the SEC them. Alekseeva declare high comfort of their new developments. 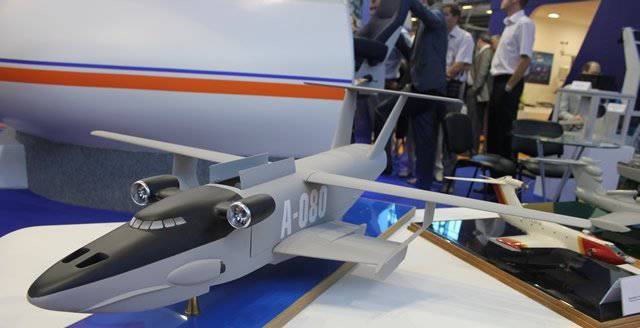 Already on the site of the company contains information about the technical characteristics of the sea passenger airplane E-050. The ekranoplan A-050 will have a take-off weight of 54 tons, its carrying capacity will be 9 tons (up to 100 passengers). Cruising speed - 350-400 km / h. Seaworthiness (wave height) during takeoff / landing - 1,5 meters. It is assumed that this ekranoplan will receive an 2 version of the power plant: the first TRDD D-436ТПх7500 kgf, the second - the sustainer TVD TV7-117СМх2500 l. with and starting TRD P-195x4500 kgf. Depending on the power plant used, the range will be 3 and 5 thousands of kilometers, respectively. The length of the ground effect vehicle will be 34,8 meters, the width of the 25,3 meters, draft - 1,3 meters. The older model A-080 will be large. The take-off weight of this wig reaches 100 tons, cruising speed 410-450 km / h, the flight range will remain the same, seaworthiness will improve to 2-meters.