Cooling relations between Ukraine and Russia: final break in line? 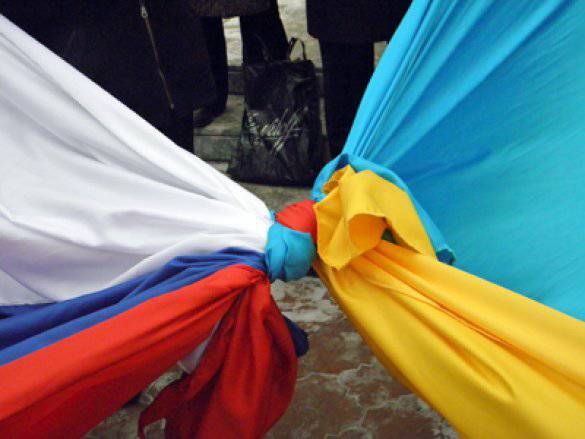 The Prime Minister of Ukraine N. Azarov has recently made a statement that Ukraine is increasingly moving away from Russia in terms of bilateral relations. Moreover, the chairman of the government noted, Russia itself is to blame for this. The gas contract, which is extremely disadvantageous for Ukraine, forces its government to seek new partnerships on the side. And these relations are not always unpromising.

“Every day the action of this unequal agreement alienates one state from another, increasingly cooling relations between them.” Said the Ukrainian prime minister. The same words of his boss were confirmed by his press secretary V. Lukyanenko. He noted that the unfavorable agreement forces the Ukrainian government not only to look for new alternatives in the supply of blue fuel, but also at an accelerated pace to increase its own production. By and large, we can say that the Ukrainian prime minister accused the Russian government of short-sightedness, because getting one-sided benefits for a short time cannot serve as a guarantee of long-term bilateral relations. And the gas agreement in no way can serve to strengthen relations between the two states.

This statement was announced after the visit of Mykola Azarov to the Netherlands, where negotiations were held between Ukrainian politicians and the leadership of Royal Dutch Shell. As part of the negotiations, a certain agreement was signed, which should serve as the start of work aimed at the development and production of shale gas in the Yuzovskoye field. According to the Ukrainian Prime Minister, around the year 2015, the company can already receive the first large volumes of gas.

Recall that at the end of January of this year, representatives of the Ukrainian government and the management of Royal Dutch Shell signed an agreement according to which the company committed itself to invest 410 million dollars in the first phase of work. These investments are supposed to be mastered over 4-5 years. The total investment can be on the order of 10 billion dollars.

According to expert estimates, shale gas production at the Yuzovskoye field is about 20 billion cubic meters annually, which is equal to the volume of natural gas currently produced in Ukraine. Total gas volumes are about 4 trillion tons of cubic meters of gas. According to N. Azarov, the work is very difficult, but this agreement fully meets the national interests of the Ukrainian state. In addition, ultimately, the treaty will help solve the problems associated with providing the country with its own gas.

In addition to the company Royal Dutch Shell, another serious energy company from the United States of America - Chevron - can also be engaged in the development and production of shale gas in Ukraine. Recall that in May 2012, this company won the competition for the production of hydrocarbons on the Oleskaya area. Representatives of the company submitted a draft production sharing agreement to the Ukrainian government for consideration. Before signing, it must be approved by the Ivano-Frankivsk and Lviv regional councils, because the deposit is located in the territories of precisely these regions.

Currently there is no development on this project. The reason is that in August, the Ivano-Frankivsk Regional Council rejected the project, sending it back for revision. A regular meeting of the regional council should be held the other day, at which this draft is planned to be considered. Eduard Stavytsky, the Ukrainian Minister of Energy and Coal Industry, said that all the comments had been made to the agreement, so he expressed the hope that the local authorities would approve the document.

According to experts, the minimum investment in geological exploration for this project can be about 300 million dollars, and the volume of gas in the field is approximately 3 trillion cubic meters.

It should be noted that in the shale gas industry, the Ukrainian state may well focus on neighboring Poland, which was the first in Europe to declare that it had begun production of this type of fuel. According to the statement by the Deputy Minister of Environment of Poland, Pyotr Wozniak, made at the end of August of this year, shale gas production began on July 21, and since then it has been going on without stopping. Moreover, the production volumes are much more substantial than those achieved in the EU countries. At the same time Wozniak noted that at the present time it is too early to say that the country intends to switch to commercial operation. It should be noted that Lane Energy Poland daily produces about 8 thousand cubic meters of gas at a test well located in the north of Poland.

We also note that in Poland there are the largest reserves of shale gas in the entire Western European territory. According to data provided by the Polish Geological Institute, the maximum volumes of shale gas, which is located on Polish territory, are approximately 2 trillion cubic meters. Recoverable reserves are approximately 345-770 billion cubic meters. This amount is quite enough for consumption for the period from 35 to 65 years. However, until recently, all attempts to establish serious gas production were unsuccessful. If Poland succeeds in adjusting the extraction of shale, the state can significantly reduce its dependence on Russian blue fuel.

Thus, in Poland, the annual gas consumption reaches 15 billion cubic meters. About 70 percent of these volumes are provided precisely by Russian supplies.

If we talk about Ukraine, according to the latest data provided by Ukrtransgaz, the country has cut gas supplies from Russia by almost 30 percent over the past six months compared to the same period last year - to 15,3 billion cubic meters.

According to experts, at present there is still a small probability that Ukraine will begin active serious development of shale gas, which will make it possible to abandon Russian fuel. This can be caused by certain problems, including political (development can be subject to political competition), commercial (deposits can be developed profitably), geological (it is quite possible to detect significant reserves of shale) and environmental (risk of environmental pollution is possible).

However, the production of shale gas in the Ukrainian fields is not the only reason for the cooling of relations between the two countries. Viktor Yanukovych, in particular, stated this in his annual message to the Ukrainian parliament. It must be said that the message turned out to be quite curious, since it was precisely relations with Russia that he identified as the priority of the state’s foreign policy.

At the same time, the head of state said that representatives of the two countries could not achieve progress on many fundamental issues. Anyone who is even slightly interested in the “sworn friendship” between countries knows that there are others besides the gas problem. Thus, without achieving a reduction in the cost of Russian fuel, Yanukovych said it was necessary to reanimate the White Stream project as an alternative way of supplying Azerbaijani fuel. In addition, in the case of the start of construction of the Trans-Caspian gas pipeline, there is the possibility of gas supplies from Kazakhstan and Turkmenistan. It is obvious that all these statements are being made in opposition to the “South Stream” of Russians.

There are problems in the industrial sector. So, at the end of 2012, the Russian Ministry of Industry and Trade offered state support for Russian car builders. This was done with one goal - to create for "their" protection from the Ukrainian competitors - Kryukovsky car-building plant and Azovmash. The year before, Russian, Belarusian and Kazakh factories created a certain organization, which, in fact, blocked Ukrainian exports of these products to these countries. Meanwhile, in former times, the volumes of Ukrainian wagon exports to Russia reached 45-50 percent. In addition, it should be noted that the Russian government recently announced its intention to build cars in Latvia, and not in Ukraine.

Another aspect that, according to some experts does not contribute to the strengthening of bilateral relations, is weapons market.

So, not so long ago, the Ukrainian government made a statement about its intention to press Russian competitors in the Asia-Pacific arms market. In accordance with the Ukrainian plans, Ukrspetsexport intends to export arms and military equipment to India, China, Thailand, Vietnam and Indonesia in the amount equal to 5 billions of dollars over the next five years. These countries, we recall, are traditional buyers of Russian military exporters.

Do not forget about the numerous trade wars between countries. Russians did not like Ukrainian cheeses, milk and meat, or chicken. In addition, there were automobile wars, when Russia introduced the utilization fee for imported cars, and Ukraine, in response, introduced the same fee, only for buses and cars supplied from Russia.

There are many more examples of such a "friendship." And such relationships can hardly be called bright and cloudless. Therefore, it is quite obvious that the words of the head of the Ukrainian state are nothing more than a tribute to diplomacy, regular phrases, nothing more.

At the same time, according to Ukrainian politicians, in particular, Verkhovna Rada Deputy Igor Markov, the announcement of Russia practically the main enemy of Ukraine will certainly cause the collapse of the current Ukrainian political regime. Yes, V. Yanukovych himself earlier stated that there is no alternative to relations between Ukraine and Russia due to substantial trade, energy dependence, and product sales markets. And, despite the next cooling, bilateral relations are still developing. This is evidenced by joint projects in the aircraft industry (An-124, An-158, An-148, An-70), the construction of space technology (the Dnepr rocket-space system project), the modernization of the Ukrainian railway, the completion of the Khmelnitsky nuclear power plant.

Perhaps the only thing that hinders fruitful bilateral cooperation is political ambitions, which must either be pacified or finally dispersed ...

Ctrl Enter
Noticed oshЫbku Highlight text and press. Ctrl + Enter
We are
Situational analysis of the death of the MH17 flight (Malaysian Boeing 777), made on the basis of engineering analysis from 15.08.2014Geopolitical mosaic: the Stop Censorship movement advocates censorship, Naryshkin explained that Russia supports the territorial integrity of Ukraine, and the world community disgraces before the UN
Military Reviewin Yandex News
Military Reviewin Google News
225 comments
Information
Dear reader, to leave comments on the publication, you must to register.