20 September 2013
68
A few months ago, representatives of the Russian defense industry promised that the exhibition Russian Arms Expo-2013, which will be held in late September in Nizhny Tagil, will show several samples of the latest domestic military equipment. It later emerged that the general public would not be able to see some of the promised combat vehicles. Nevertheless, in the list of types of equipment declared to be shown remains one of the most interesting developments of recent times. At the RAE-2013 exhibition, the Coalition-SV self-propelled artillery mounted on a wheeled chassis will be demonstrated for the first time. This option is called "Coalition-SV-KSh". 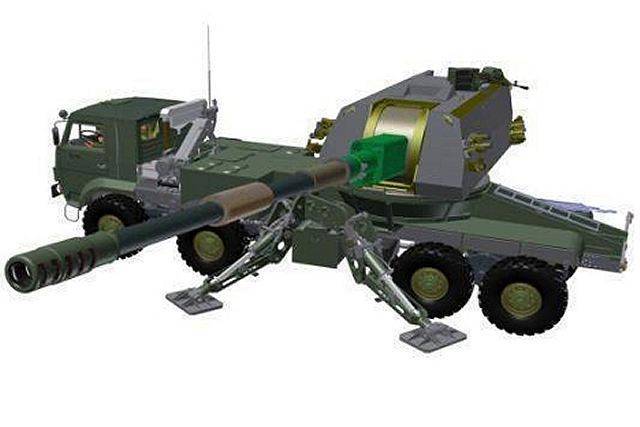 The existence of the Coalition-SV project became known in the middle of the last decade. Then developed a version of self-propelled howitzer on tracked chassis. The prototype passed a series of tests, but in 2010, the leadership of the Ministry of Defense announced the termination of funding for the project. In the future, work continued, apparently, on its own initiative. The result of the continued development of a promising ACS was the combat vehicle, which is planned to be shown at the upcoming exhibition.

The “Coalition-SV” ACS was developed by the Nizhny Novgorod CRI “Burevestnik”. The company Motovilikha Plants (Perm) and the KAMAZ automobile plant (Naberezhnye Chelny) also participated in the creation of the wheeled variant of the self-propelled howitzer. When creating a new self-propelled gun on a wheeled chassis, we had to solve some technical problems. In this case, all three enterprises benefited from the experience gained by “Burevestnik” in the development and testing of a similar previous project. At the beginning of the eighties, the Msta-K self-propelled artillery installation on a wheeled chassis was created at the Petrel Research Institute. That development did not reach mass production, but it helped to get a lot of necessary information. 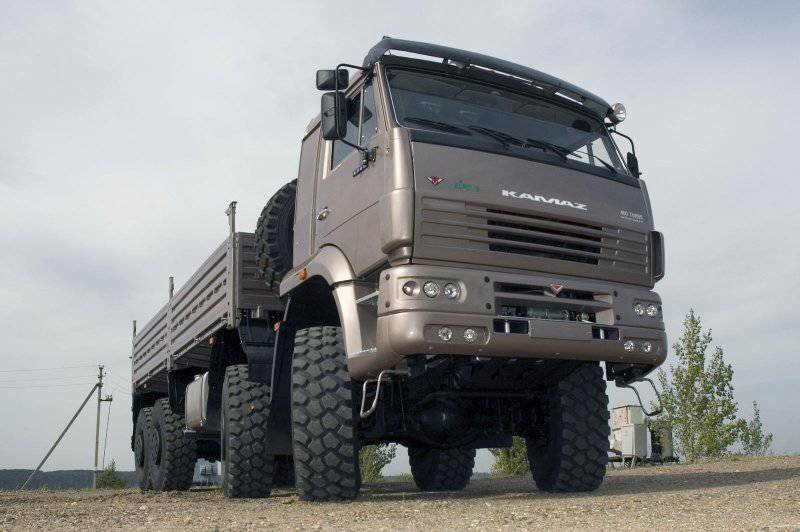 The four-axle vehicle KAMAZ-6560 Tornado is used as a chassis for the new Coalition-SV-KSh self-propelled howitzer. This chassis is already being used in the armed forces as a base for the Pantsir-C1 anti-aircraft missile and artillery systems. At the same time for use in self-propelled artillery installation machine "Tornado" has undergone some changes. First of all, the chassis frame was modified. When firing at this unit is subjected to huge loads, which required to strengthen it. In addition, some other parts of the chassis have been modified. These modifications were related to the installation of a large-sized gun turret.

It should be noted that the creation of the KAMAZ-6560 vehicle actually gave the green light to the development of self-propelled artillery on a wheeled chassis. The chassis available before the appearance of the Tornado could not be a base for ACS with characteristics at the level of the new Coalition-SV-KSh. The KAMAZ-6560 has a payload of about 24 tons, which made it possible to use this chassis as the basis for a new combat vehicle.

In front of the chassis is an armored cockpit. It is noteworthy that a number of technical solutions applied in the “Coalition-SV-KSh” project made it possible to transfer the workplaces of all crew members to the forward cabin. According to the authors of the project, the cabin is equipped with all the necessary equipment to monitor the work of various combat vehicle systems and control the operation of the gun turret. In addition, the cabin is equipped with heating systems, allowing the crew of self-propelled guns to work in low temperatures.

An armored cannon tower is installed on the chassis platform. The fighting compartment is uninhabited. It contains automated stacking of ammunition, automatic loader, as well as 152-mm howitzer 2А86. Unlike the self-propelled gun "Coalition-SV" on a tracked chassis, there is one gun in the turret of a self-propelled howitzer on a wheel, and not two. Information about the ammunition and rate of fire of the new SAU is missing. Some assumptions on this subject can be made on the basis of available information about the first version of the self-propelled gun. The two-gun ACS could carry up to 70 separate-sleeve ammunition and fire at a rate of up to 15 rounds per minute. Probably, the rate of "Coalition-SV-KSH" in comparison with the old self-propelled gun decreased, and the ammunition remained at about the same level.

Simultaneously with the reinforcement of the chassis frame in the “Coalition-SV-KSh” project, some additional solutions were applied that ensure the efficiency of the combat vehicle. As can be seen from the available materials, the chassis is additionally equipped with four lowered outriggers. Thus, a self-propelled howitzer should fire not from the wheels, but from strong supports. According to the authors of the project, it should take about a minute and a half to bring the ACS into a combat position after arriving at the position. During this time, the outriggers are lowered, the operation of the tower systems, etc. is checked. The wheeled chassis allows, after firing, to quickly transfer the self-propelled gun to the traveling position and leave the position.

The new 2А86 howitzer of the 152 caliber of a millimeter, thanks to the barrel with a length of more than 50 of the calibers, according to the available data, is capable of firing at targets that are at a distance of up to 70 kilometers. Probably the maximum firing range is achieved with the help of active-rocket projectiles. ACS “Coalition-SV-KSh” can use all types of existing and prospective 152-mm projectiles, both guided and unguided.

It is assumed that within the next few years the new ACS “Coalition-SV-KSh” will be put into service with the rocket forces and artillery, where it will complement the existing Msta-S self-propelled guns. In the future, it is possible to complete the project “Coalition-SV” on a tracked chassis and start the mass production of such combat vehicles. It is expected that the use of the KAMAZ-6560 “Tornado” wheeled chassis will allow the new self-propelled howitzer to have high mobility, allowing you to quickly move to the position and leave it. Approximate deadline for the adoption of new self-propelled guns - 2015 year.

At present, the Petrel Research Institute, together with other enterprises engaged in the project, is conducting tests of the existing prototype of the promising self-propelled artillery installation, Coalition-SV-KSh. The first demonstration of the combat vehicle to the public will be held at the upcoming RAE-2013 exhibition. Then more complete official information and a number of promotional materials will appear. The opening of the exhibition Russian Arms Expo-2013 will take place on September 25.