Episode of war. History that has not yet been 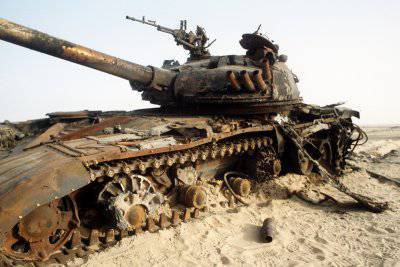 “Damn this war! Damn these scum! "

It was he, Ilya, who found this married couple in the ruins of a private house destroyed by American bombs in a suburb of an unremarkable provincial Russian town, of which there are tens of thousands in Russia. He also became their first lifeguard.

“Damn this scum! A couple of years ago, they came to my land, to the land of these old men just because there is a lot of this earth, and it is rich. ”

Ilya looked at the weeping old men, whom the platoon sanitary instructor verbally soothing them, provided medical assistance, and in his memory, unwittingly, the faces of his relatives surfaced: Father Matthew Ilyich, mother of Valentina Petrovna, who had vanished in the infernal hell of a nuclear explosion, and Artem’s older brother, who as well as Ilya fought now somewhere with strangers.

The medical instructor distracted Ilya’s memories. He wanted to examine Loginov’s hands. Ilya did not even immediately delve into the words of his colleague. So hard were the memories and the pain of loss. And, of course, fatigue, completely swallowed pain in broken hands in a bloody mess.

And while the medical instructor was processing the hands of a soldier, his memory again rolled life back.

... They walked through the "dead" city N. Not a single living soul. No people, no animals. Just the sickening smell of decaying flesh. And having passed the whole city from one suburb to another, Ilya's keen sense of smell caught the faint sound of someone alive, coming from the next destroyed house. Great was his surprise, mixed with some joy, that life remained in this silence and that life belonged to a human being. And an even greater desire to bring this life back to life.

Ilya as a madman, whispering something, crying out, sometimes crying or maybe just sobbing, not feeling pain, listening to Russian speech coming from under the dam, threw back the bricks, boards, logs, some other garbage, finally, he saw two pairs of eyes looking with hope out of the darkness upon him.

Other fighters arrived, and by common efforts they managed to widen the hole that Ilya had originally opened. Carefully, as soon as it can be done in combat conditions, the soldiers removed from this "grave" the owners of these eyes. Those old men. Ilya did not believe in miracles, but the fact that they survived under tons of NATO bombs could be called a miracle ...

Almost the whole platoon fussed around the old people trying to place them more comfortably. All possessions were removed, and around the rescued a small but generous handful of products was towering around. Rush blazing fire. Someone installed the screen, someone rushed off in search of water, someone decided to become the chef of the soldiers' kitchen.

Ilya would also be happy to be connected to this fuss, but in his current situation he was pulling only for the role of a dependent. Loginov approached the old men and inquired about their state of health. Soslep, having not recognized him initially, but having defined his savior in his voice, the old people scattered in words of gratitude. A conversation began. They were called Timofey Petrovich Kozlov and Antonina Semenovna Kozlova. Old people that children. They needed to speak out.

And even more so after the shock. Let them chat. And to tell them Ilyukha was something. And how they lived in the "distant" Union, and as in the "recent" democracy. They told about the "Arab spring" and "orange revolutions." About damned oligarchs. They told about their son Aleshka who left the line knows where to get the best share. Ilya was interested to listen to them.

And listening to old men, Ilyukha discovered in himself the feeling that he passionately, fiercely loves his land, forests and fields, lakes and rivers, loves these old men who could probably replace his dead parents, loves his brother, loves his fellow servicemen, the same simple boys, like himself. And he became more and more convinced that he was ready to die for all this and the enemy would never defeat his people.

And almost at the same time in another Russian city burned by white phosphorus, the US corporal Alex Kozlowski, a corporal, killed a seriously wounded Russian soldier.

Having searched the corpse and found the documents, he, under the general approval and flashes of his cameras, having fun laughing and making jokes of his colleagues, urinated on the body of this bastard who had caused so much trouble to his platoon.

Courage of friends from the victory over the last Russian passed on to Alex. Having sat down near the corpse of the defeated enemy, Alex Kozlowski, and in the recent past Alexey Timofeevich Kozlov, a native of N, turned the first page of the bloody military ticket to the photographer. And the photographer forever captured the name: Artem Matveyevich Loginov.

Ps this история "Purest water" fiction. I want to believe that this situation will never happen. But ... the ways of the Lord are mysterious. And everyone has the right to choose the path that he considers acceptable. The path of Ilya and Artem is light, the path of Alex Kozlowski is on the dark side. But after all, he, being a US citizen, but having Russian roots, could have acted differently.

Ctrl Enter
Noticed oshЫbku Highlight text and press. Ctrl + Enter
We are
History of the Air Force and Air Defense of Yugoslavia. Part of 9. Wars in the ruins. Bosnia and Herzegovina. Part of 2Bely Aviadarm aviation general Vyacheslav Matveyevich Tkachev
11 comments
Information
Dear reader, to leave comments on the publication, you must to register.