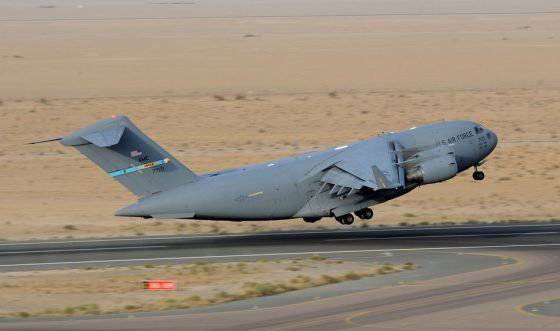 Our clients around the world are facing very tight budgetary constraints. While demand for the C-17 Globemaster III is quite high, the financial volume of transactions does not allow production to continue, said Dennis Muilenburg, President and CEO of Boeing Defense Space & Security. Muilenburg also added. "Moreover, here in the United States, the current environment is creating significant planning challenges for our customers and the entire aerospace industry. This uncertainty is causing us to make the tough decision to close the C-17 production line." And he also said that they plan to assemble 2015 aircraft by 22 according to existing orders.

Today, almost 3000 employees support the C-17 production program in enterprises in Long Beach, Macon, (Georgia), Mesa, (Arizona) and St. Louis. Staff reductions will begin at the beginning of 2014 and continue until the program closes.

In addition, C-17 production cooperation is a whole industry group that includes more than 650 suppliers in 44 US states. In general, Boeing and its suppliers provide 20000 jobs in the production of Globesmaster.

Boeing will provide assistance to employees, including job search resources, financial counseling, retirement seminars, and assistance in finding potential jobs, both inside and outside the corporation.
The company assesses potential losses from a single application for closing the program in the 100 area of ​​USD million, which will be written off this quarter. However, according to Boeing, this should not affect the annual financial performance.

Recall that today only three models of heavy military transport aircraft are mass-produced in the world: IL-76 (Russia), C-17 (USA), A400 (EU).