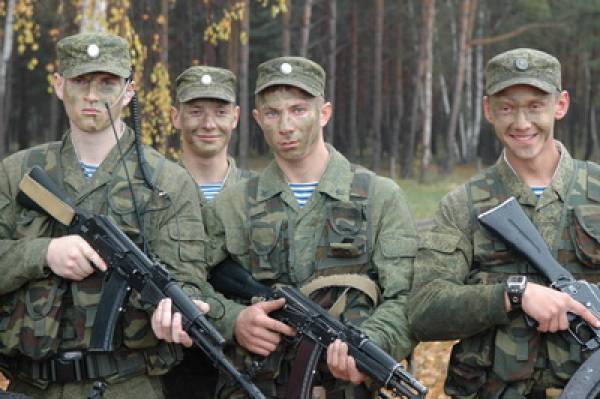 One of the main issues on the agenda of the meeting of the Board of the Ministry of Defense of Russia, which took place on Monday evening, concerned preparations for the joint strategic exercise of the armed forces of the Russian Federation and the Republic of Belarus “Zapad-2013”. As Russian Defense Minister General of the Army Sergei Shoigu noted, this doctrine is the final event of training the Armed Forces of the Russian Federation this year and is most significant in the context of joint training with the armed forces of the Republic of Belarus.

Recall that in accordance with the decision of the presidents of Russia and Belarus adopted in 2009 year, exercises of this format are held every two years. And, as General of the Army Sergei Shoigu noted in his speech at a meeting of the Collegium, since the Russian-Belarusian exercises West-2009 and Union-2011 Shield, we have had serious changes in the command and control system and their organizational structure. The expediency and effectiveness of these changes can be tested only in practice.

“We set this task for ourselves at the Zapad-2013 exercise,” said Army General Sergei Shoigu.

Recall that the joint strategic doctrine (SSU) “Zapad-2013” will be held from 20 to 26 September in three Russian and two Belarusian military test sites, as well as in the Baltic Sea with the participation of 9,5 thousand troops in Russian territory and 2,5 thousand in Belarus . They are planned. “Naturally, we informed our western colleagues, first of all the NATO countries, and other states about their conduct,” First Army Secretary General Arkady Bakhin reminded journalists immediately after the meeting of the Board ended. And he said that representatives from more than 60 countries had declared their presence at the maneuvers.

“I think that the contingent of military attaches of foreign countries will expand to the beginning of the exercises,” suggested the first deputy head of the military department.
Answering the question of whether the possible development of events in Syria was taken into account in the “West-2013” scenario, Army General Arkady Bakhin stressed that the combat training of the Russian and Belarusian servicemen is not related to the escalation of the confrontation between the Syrian authorities and the armed opposition. The scenario of the Russian-Belarusian strategic exercise simulates a different situation, the details of which the first deputy defense minister did not disclose, thereby retaining the intrigue for the observers and for the participants in the exercise themselves. In fact, what kind of maneuvers are these if all the introductory notes planned by the leadership become known in advance by the trainee? Only one, but the most important circumstance in this connection was reported by the First Deputy Minister of Defense - that during the fulfillment of training tasks it is envisaged to work out close interaction, including interspecific ones. For example, it will be processed during the landing.

In the meantime, the advancement of units and subunits that are to take part in the training as troops of the designation to the training grounds where its tactical episodes will be played out continues. As the Red Star was told in the press service of the Western Military District, the large landing ships Kaliningrad of the Baltic fleet, "George the Victorious" of the Northern Fleet and the "Azov" of the Black Sea Fleet with landing forces on board, leaving the port of Lomonosov on the evening of September 15, headed for Kaliningrad. After a two-day transition, the personnel of the naval landing will land in the Baltic Naval Base. On board the BDK are personnel and military equipment of the 350th Guards Separate Mobile Battalion of the separate Guards Mobile Brigade of Special Operations Forces (MTR) of the Armed Forces of the Republic of Belarus.

On September 12, they arrived in Russia with a military echelon and in two days successfully worked out standards for loading and unloading on landing craft, prepared armaments and military equipment.

At the sea crossing, the Belarusian paratroopers will have to take part, together with the crews of the Baltic Fleet ships, in the air defense and counter-sabotage defense exercises of the ship warrant, as well as practice the day-to-day organization of the service of the naval landing units in the course of performing tasks at sea.

In accordance with the exercise plan, this Belarusian unit will take part in the final stage of the West-2013 SSU at the Baltic Fleet testing grounds, where, together with Russian marines and paratroopers, it will work out actions to eliminate illegal armed groups and stabilize the situation in the area of ​​responsibility.