21 September 2013
37
September 13 at the SCO summit in Bishkek, Vladimir Putin met with Iranian President Hassan Rouhani. They talked about Syria, the Iranian nuclear issue, Iran’s good neighborliness and Russia, as well as the issue of supplying something in return for the C-300PMU-1 SAMs - for example, C-300ВМ “Antey-2500”. Earlier, the Iranian side made it clear to Moscow that the outdated Thor systems, which the Kremlin proposed as a replacement, are not “comme il faut”. As for “Antey”, Tehran can agree to such a proposal, as “Kommersant” wrote on the eve of the summit. 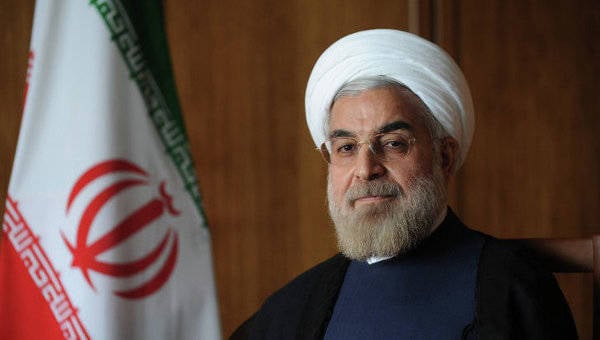 In a material from September 11, Elena Chernenko and Ivan Safronov (Kommersant) wrote that the Russian authorities decided to meet Iran on two issues: the supply of modified C-300 anti-aircraft missile systems and the construction of the second power unit of the Bushehr nuclear power plant. According to an unnamed source of a newspaper close to the Kremlin, Vladimir Putin ordered both agreements to be worked out on the eve of the Bishkek summit.

It is assumed that the Russian Federation will supply Iran with five divisions of the Antey-300 C-2500BM air defense system, and Tehran, in response, should withdraw the lawsuit against Rosoboronexport for 4 bln. Medvedev ban on the supply of Iran C-2010. The reason for the then sanction was the UN Security Council resolution banning the ban on the transfer of modern weapons to the IRI.

As for "Antey", then it should go to Iran. “This complex is even better for Iran than C-300PMU1,” it’s more effective with missile attacks, ”explained Vladimir Evseev, director of the Center for Socio-Political Research. - And if Iran strikes, then the rocket will be used primarily. So "Antey-2500" is great for the defense of Iran. "

However, details about the agreements, and even more so about the upcoming deal in the press there. If you scroll through different sources, you will find only assumptions and conjectures, as well as doubtful statements about what Rouhani should think hard before agreeing to such a proposal.

As noted by Kira Latukhina ("Russian newspaper"), on the margins of the Bishkek summit, Vladimir Putin addressed Rouhani with the following words: “I am glad to have the opportunity to personally congratulate you on your election as President of Iran and to wish you success.” Further, the Russian leader stressed: “We know how many things today in world affairs revolve around the Iranian nuclear problem, but we also know something else in Russia: Iran is a good neighbor for us, but they don’t choose neighbors. And we have a very large amount of cooperation, there is and there will certainly be. "

In response, the Iranian president said: “Russia is our big neighbor, and relations with your country have always been the subject of attention of all governments. The more actively the consultations between our countries on regional issues are carried out, especially taking into account the sensitive situation in the Middle East, the more it will contribute to solving problems. ”

Love Lyulko (Pravda.ru) believes that Russia sees in Iran a potential partner for the purchase of nuclear power plants (talking about the second stage in Bushehr).

The press also wrote that on September 24, the Russian Federation should commission the first power unit of Bushehr station. Now the reactor passes the last stage of testing.

If you look at the site of Rosatom, then on the second block no News in the relevant section no. Earlier, various analysts noted that Iran has low solvency due to existing international sanctions and that it simply has nothing to pay for a new power unit.

This is probably why there is no news about the planned agreement on the further construction of nuclear power plants as part of the peaceful atomic program - on which the Iranian president is counting.

In the West, they do not believe that the meeting of Rouhani and Putin on the margins of the SCO summit was "cloudless." On the contrary, despite statements about good-neighborliness, there was some tension, including with the 4 fine of a billion dollars for disrupting the air defense system in Medvedev's time.

“Now, when Western governments, who are either hot or cold, are in indecision, Vladimir Putin is taking advantage of the open opportunity to the maximum. Russia is once again returning to the geopolitical game in the Middle East, for the first time since the collapse of the USSR in 1991. The Moscow-Damascus-Tehran axis is becoming stronger, and Putin intends to play the first violin in it.

Be that as it may, Vladimir Putin’s meeting with his Iranian counterpart was not rosy. Tehran requires Moscow to pay a fine of 4 billion dollars for non-fulfillment of the C-300 missile system: President Dmitry Medvedev annulled the agreement in the 2010 year because of the new UN sanctions against Iran and its nuclear program. ”

The journalist said that during a conversation with Rouhani, the President of Russia “tried to calm down the awkwardness” by proposing to put the Antey-2500 complexes on condition that Iran removed all legal charges. An agreement on the construction of the second reactor at the Bushehr nuclear power plant is also referred to by the correspondent as “smoothing down”. According to experts, she notes, we are talking about "a political step, because this project is unprofitable for the Russian nuclear industry in economic terms."

Meanwhile, Jego writes further, Russia's support strengthens Iran’s position in the upcoming talks in the group of mediators on the nuclear issue.

“On Sunday, Barack Obama reported on the correspondence with Hassan Rouhani through the Sultan of Oman. "The Iranians understand that the nuclear issue for us is much more important than the chemical weapons", - said the president on the TV channel" ABC ". They should not come to the conclusion that "we will not strike at Iran, since they did not strike at Syria": they need to learn a lesson about "the existence of the potential for solving these issues by diplomatic means."

Here is the strategic key for the Kremlin. Marie Zhego calls this the “key strategic map” of Moscow. With the rise of radical Sunni currents in the North Caucasus and Central Asia, Russia, the journalist said, considers Iran to be a buffer country in the way of a growing threat.

Thus, the dependence is somewhat mutual. Without a threatening judicial fine of four billion, Russia's dependence would, of course, be less. But in the conditions when Moscow frustrated the fulfillment of a large contract on the air defense system (about eight hundred million dollars), the “neighborhood” with Tehran becomes, if one can say so, extremely good - both politically and economically. It is not excluded that Russia will have to build the second power unit of the Bushehr nuclear power plant, even if the IRI is not fully solvent and asks for a Russian loan for construction. Alas, “Rosatom” to build nuclear power plants for loans is no stranger.

Although, if you look through the archived notes on the corporation’s website, then 12 Aug material We will find an expression of a clear reluctance to take on unprofitable projects:

“As for the construction of new units of the Bushehr NPP, this topic was previously discussed, but the real negotiations can begin after the transfer of the first unit to the Iranian customer,” Rosatom reported.

“At the same time, in order to make any decisions on the continuation of cooperation, two conditions must be met: such cooperation must be economically advantageous and comply with Russia's international obligations,” the state corporation emphasized.

Like this. Must be "cost effective". The Kremlin is left with one thing: to work with Iran to achieve, if not withdraw, then at least soften international sanctions against Tehran. Iran, which sells oil fully and openly, and not from under the floor and limited, will be able to increase its solvency. Moreover, unlike Rouhani, in contrast to Ahmadinejad, they are waiting for some progress on the nuclear issue.

Observed and commented on Oleg Chuvakin
- especially for topwar.ru
Ctrl Enter
Noticed oshЫbku Highlight text and press. Ctrl + Enter
We are
Prospects, subtleties and difficulties of the formation of the SCO PRO, or when the observers are closer to the participantsTrojan horses in the SCO?
Military Reviewin Yandex News
Military Reviewin Google News
37 comments
Information
Dear reader, to leave comments on the publication, you must to register.