From Vikramadity to a promising Russian aircraft carrier

19 September 2013
139
The implementation of one of the most ambitious projects of the Russian shipbuilding is coming to an end. A few weeks left before the transfer of the aircraft carrier Vikramaditya to the naval forces of India. The Russian industry is completing the latest system checks and tests. In accordance with the plans, in October the aircraft carrier will return to the Sevmash plant in Severodvinsk, where it will be prepared for the transition to a new duty station. Delivery of the ship to the customer is scheduled for November 15. 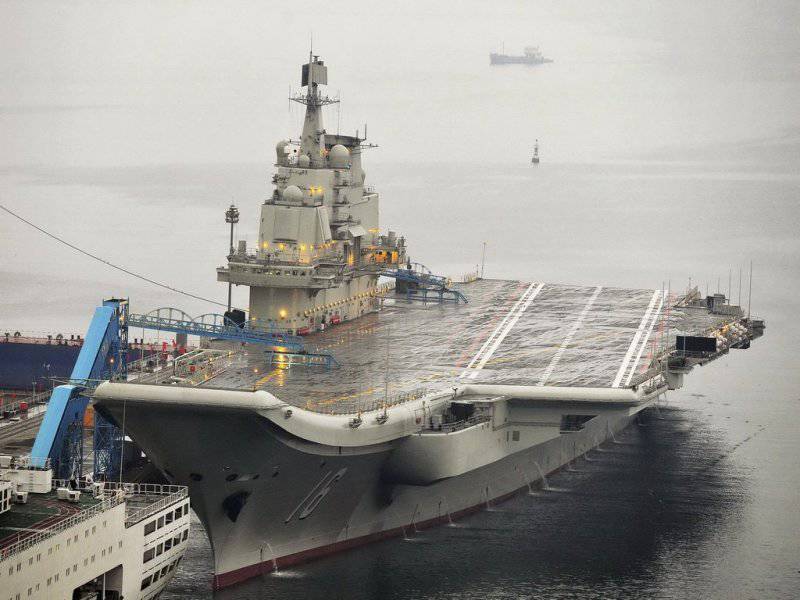 Thus, almost ten years have passed since the signing of the first agreements until the transfer of the ship to India. At the start of 2004, Moscow and New Delhi agreed on the transfer of the Russian aircraft carrier Admiral Gorshkov to the Indian Navy. The contract stipulated that the transfer of the ship would be preceded by a profound modernization with the installation of new equipment selected by the customer. In addition, the agreement established the equipment of the updated aircraft carrier aircraft of Russian origin. The cost of upgrading the ship in 2004 was estimated at 970 million US dollars. Another 530 million India had to pay for the 16 deck fighters MiG-29K. It was supposed to pass the ship to the customer in 2008 year.

At the end of 2007, it became known that preliminary estimates of the amount of work needed were wrong. Because of this, the Russian shipbuilders could not meet the deadlines and estimates. The corresponding negotiations began, as a result of which the delivery of the modernized aircraft carrier was transferred to 2012 year, and the project cost increased to 2,3 billion dollars.

However, even these deadlines were thwarted by the fault of the suppliers of certain materials and equipment. 17 September 2012 of the year when overclocked to the maximum possible speed, several power-plant boilers failed. As it soon turned out, the accident was caused by poor-quality chamotte bricks made in China, used as heat insulation of boilers. Asbestos was used for this in the original design, but the Indian side insisted on using bricks. Poor quality imported material led to the impossibility of continuing tests. To repair the power plant of the aircraft carrier took several months.

Fortunately, after the repair is completed, the tests go on schedule and without serious problems. For example, a few days ago, the United Aircraft Corporation reported that in the course of preparing the aircraft carrier for transfer to the customer, a series of flights of the MiG-29K and MiG-29KUB fighters were carried out at night. According to the UAC press release, as part of the verification of the aircraft’s technical equipment, the aircraft took off and landed one at a time and in pairs at minimum intervals, in addition, takeoffs were carried out with full combat load. This series of night flights completes one of the preparation stages. aviation groups for the aircraft carrier "Vikramaditya". Further, Russian specialists will train Indian pilots, who in the near future will have to serve on an aircraft carrier and fly on MiG-29K and MiG-29KUB planes.

As you can see, the implementation of the Indian order was difficult, expensive and time consuming. One of the main reasons for this can be considered as an unacceptable state of the shipbuilding industry at the time of the start of the project. Prior to the work of a half decade of meager funding affected the capabilities of all the necessary enterprises. Production facilities were not modernized at the right time, and qualified specialists were forced to look for another job. Fortunately, the command of the Indian Navy chose the Russian aircraft carrier and signed the corresponding contract.

An important feature of the project of conversion of the aircraft-carrying cruiser “Admiral Gorshkov” into the aircraft carrier “Vikramaditya” is the measures taken by the Russian shipbuilding industry to fulfill the Indian order. Just a few years ago, the management of Sevmash and the United Shipbuilding Corporation complained about the lack of skilled workers. Years of downtime had a bad effect on the state of production capacity and the number of employees capable of performing the tasks. Solid amounts of funding from the Indian side helped to rectify the situation and restore industrial opportunities with regard to the construction or repair of aircraft carriers.

The second equally important aspect of the Vikramaditya project concerns deck fighters. The Indian order spurred work to modernize the existing MiG-29K project. As a result, the deck fighter is not only designed, but also built in a limited series. In the near future it is planned to begin assembling such aircraft for both the Indian Navy and the Russian Navy. In the near future, the MiG-29K and MiG-29KUB will replace the Su-33 fighter jets currently in use, which are running out of resources.

Thus, the sale of the aircraft carrier of India and its deep modernization helped to restore the production potential of the Sevmash shipbuilding plant and several related enterprises, as well as bring the promising carrier-based fighter in two versions to mass production. From this may follow a simple conclusion that sums up the whole program. Russian shipbuilding can now again build aircraft carriers. Over the coming years, domestic enterprises will most likely not be able to build several such ships at the same time, but the experience, technology and capabilities necessary for the consistent implementation of the relevant plans are already available.

The ship "Vikramaditya" has actually become a "training ground" for testing technologies and restoring production potential. Unfortunately, it will not replenish the Russian Navy, but instead of a new ship, our shipbuilding has received the necessary funding and extensive experience. It is likely that the restored production and the experience gained will be used in the development and construction of promising Russian aircraft carriers. Such projects are only planned and are at the stage of discussion of the very need for an aircraft carrier. fleet.

However, in the future, when the design bureaus begin to create a project for new ships with an aviation group, they will begin to apply the techniques created and applied during the modernization of the aircraft carrier for the Indian Navy. As for the shipbuilding industry, it will also be able to use the technologies and know-how mastered during the work on Vikramaditya. As a result, the new aircraft carrier of the Indian Navy will become a kind godfather of promising Russian ships.

Ctrl Enter
Noticed oshЫbku Highlight text and press. Ctrl + Enter
We are
The cruisers of the 68 bis project: the Sverdlov missions in the post-war fleet of the USSR. 3 part"Svetlana". History of creation
Military Reviewin Yandex News
Military Reviewin Google News
139 comments
Information
Dear reader, to leave comments on the publication, you must sign in.