18 September 2013
30
Chemical weaponthat was flooded after the end of the Second World War in the Baltic Sea, causes genetic changes and mutations in fish. This is claimed by Polish scientists. Interfax, referring to Polish experts, reports that the shells and bombs that lie on the bottom of the Baltic Sea contain about 15 thousand tons of various hazardous chemical compounds. At the same time, experts are trying to decide whether it is necessary to organize a rise from the day of the sea of ​​sunken ammunition, or it is best not to touch them.


At the present time, fish with genetic abnormalities have already appeared in the places of burial of chemical weapons of the Third Reich. The first reports of this began to appear 15-20 years ago, when scientists from Denmark and Germany sounded the alarm. Biologists from the countries of the Baltic region have previously encountered various mutations in fish and birds. Scientists say that fish swimming in chemical weapons burial sites have more diseases than those in other areas of the Baltic. They are also diagnosed with genetic defects. According to experts, these changes are directly related to the effects of mustard gas mustard gas, ammunition with which after the war was buried on the seabed.

According to Jacek Beldowski, a doctor from the Institute of Oceanology of the Polish Academy of Sciences, who coordinates the work of scientists on this issue, the largest deposits of chemical weapons are located in the Gotland depression, where ammunition was scattered over the area almost in 1500 square. km It was also possible to confirm the presence of chemical weapons in the Polish part of the Baltic Sea in the Slupsk Rynn and the Gdansk Depression. Part of the ammunition has already undergone corrosion. 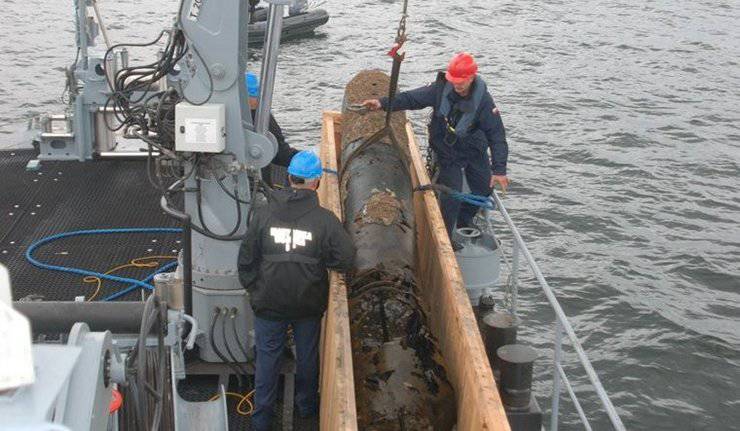 According to Beldovsky, fishing in these places is not recommended, and fishing from the bottom of the sea is prohibited. For a person, the greatest danger is the use of sick fish. It is reported that 80% of chemicals that are flooded in the Baltic Sea mustard gas, that is, mustard gas. Fortunately, the gas in the temperature of the waters of the Baltic Sea freezes, and the contamination from corroded ammunition reaches only a few meters. The rest of the chemically hazardous substances are compounds that are based on arsenic, and in several places you can find the deadly gas herd.

We have to admit that the older generation left a very dangerous legacy living now - the chemical weapons of the Wehrmacht, which was flooded by Allied forces in the Baltic Sea, as well as in the Kattegat and Skagerrak straits. This submerged chemical weaponry poses a serious environmental hazard for the peoples of Northern, Western and Eastern Europe. Moreover, all the information about the flooding of chemical weapons seized from the Germans in Moscow, Washington and London for quite a long time was carefully hidden.

After fascist Germany capitulated at the Potsdam Conference, the countries of the anti-Hitler coalition decided to destroy all available stockpiles of German chemical weapons. By that time, the Wehrmacht's chemical troops were armed with mines, shells and aviation bombs of various calibers, as well as checkers of toxic smoke, chemical land mines and even hand grenades. In addition to this, the Wehrmacht was well equipped with special machines to carry out quick contamination of the area with the help of persistent toxic substances. In the German military arsenals, huge stockpiles of chemical ammunition were stocked, which were equipped with mustard gas, phosgene, diphosgene, adamite and lewisite. In addition, German industry during the Second World War was able to master and produce a significant amount of sarin and herd. By the end of the war, the release of soman was also arranged. 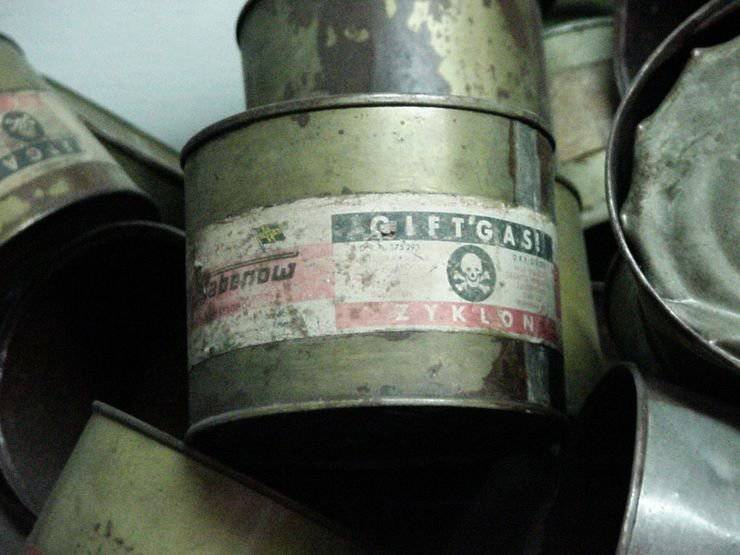 According to published information found in the territory of West Germany chemical weapons, the British and American occupying forces flooded the coastal waters of Western Europe in 4-x regions: in Skagerrak near the Swedish port Lyusekil, in the Norwegian deep-water near Arendal, between the mainland and the Danish island of Fyn and not far from Skagen, the northernmost point of Denmark. In total, around 6 302 tons of various toxic agents were buried in 875 areas on the seabed, or approximately 1 / 5 part of the total supply of toxic substances. In addition, at least 120 thousand tons of various chemical weapons were flooded in unidentified places on the territory of the Atlantic and in the western part of the English Channel, and at least 25 thousand tons of chemical weapons were exported to the USSR.

The Soviet archives contain sufficiently detailed information about what exactly was found in chemical arsenals in the territory of the Soviet occupation zone, and then flooded in the Baltic Sea:

It is worth noting that the greatest danger to the environment is represented by mustard gas, most of which will eventually be at the bottom in the form of clots of poisonous jelly. Mustard, like lewisite, hydrolyzes fairly well, when combined with water, they form toxic substances that will retain their properties for decades. The properties of lewisite are similar to mustard gas, but lewisite is an arsenic-organic substance, so almost all the products of its possible transformation are dangerous for the environment. 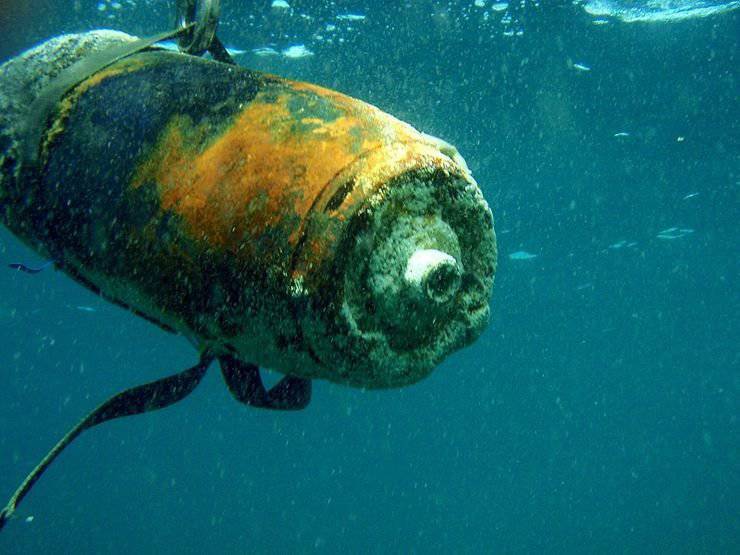 A preliminary analysis of this environmental problem demonstrates that a significant emission of mustard gas should occur for the first time approximately 60 years after flooding, therefore, the poisoning of the coastal waters of Europe should begin in the middle of the first decade of the 21st century and last for many decades. The studies carried out by Polish scientists confirm this.

Russian environmental scientist Alexei Yablokov, who is an adviser to the Russian Academy of Sciences, commented on recent events around chemical weapons at the bottom of the Baltic. According to the Russian specialist, chemical weapons in the Baltic Sea were flooded in two ways. The Allies were burning chemical weapons with huge loaded barges that were packed with ammunition. Such burials are located in several places in the western part of the Baltic Sea and in the straits. The Soviet Union flooded up to 50 thousands of tons of captured chemical weapons, which were flooded quite simply: the sailors simply dropped projectiles and bombs overboard. That is, the dumping of chemical ammunition took place in huge spaces. Now they lie at the bottom and just rust, what to do with them is not quite clear until now.

On this issue, there is no one opinion today. Previously, several scientific expeditions to Kaliningrad were held, and scientific conferences were also held in St. Petersburg. The shells and bombs scattered along the bottom of the Baltic Sea were covered with a thick layer of silt, and it would be extremely dangerous to lift them to the surface, the expert noted. According to him, when the Nord Stream gas pipeline was laid across the bottom of the Baltic Sea, no significant concentrations of chemical projectiles were found. Although the gas pipeline from Russia to Germany was carried out in places close to those recently investigated by Polish scientists. According to Alexei Yablokov, at present nothing needs to be done. It is necessary only, as it was done before, to note in camps that it is impossible to catch and trawling fish in these places. 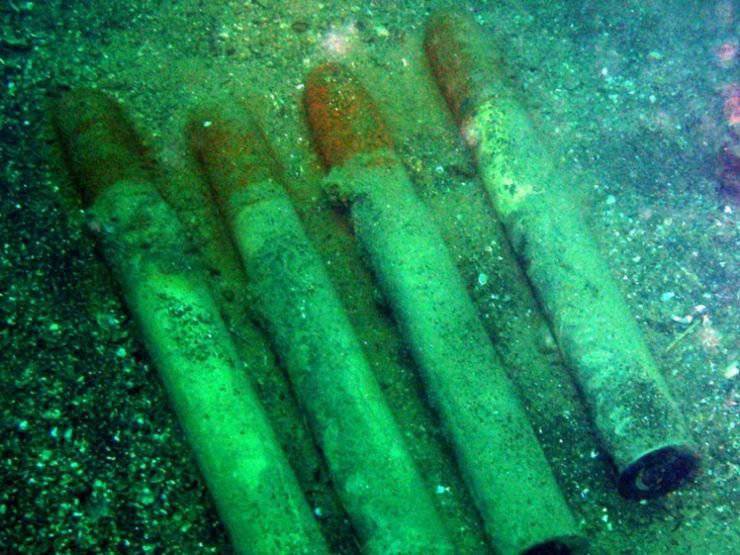 However, not all experts agree with the conclusions that were published by experts from Poland. In particular, the fact that 15 thousands of tons of chemicals are located at the bottom of the Baltic is exposed to a particular question. Viktor Murakhovsky, who is a member of the Expert Council under the chairman of the Military Industrial Commission of Russia, believes that this is about the weight of ammunition, and not about the weight of toxic substances. Despite this, there are several thousand tons of toxic substances in these munitions. The danger is that metal shells of bombs and shells are subject to corrosion, especially being in sea water. Therefore, there is a real possibility of leakage of chemical compounds. In this case, there is an acute problem with the disposal of all these ammunition. Since it is obvious to everyone that working at depth with so many shells, bombs and mines is not only very dangerous, but also very expensive.

According to the expert, in some cases it will be more reliable and much cheaper to use methods of dumping chemical weapons right at the bottom. For example, if you pour ammunition with concrete or various chemical compounds like foam, in order to prevent toxic substances from entering the Baltic waters. At the same time, this problem must be solved jointly by all interested countries that are located on the Baltic coast. A key role in solving this problem should be assigned to Russia, since only our country has information about exactly where the USSR organized the burial of German chemical weapons.

According to Russian experts, the argument in favor of our country is the fact that over the years of the destruction of chemical arsenals we have formed a whole generation of scientists, engineers and workers who have the necessary experience in the disposal of chemical weapons. At the same time, it is quite possible to cooperate with foreign specialists in preparing and evaluating technologies for the possible disposal of ammunition.