Are there any mistakes in pension reform?

18 September 2013
87
A few days ago came from the camp of the Russian government news that the authorities, with the active help of specialists from the Higher School of Economics and the RANEPA, nevertheless decided on pension reform and found the path that pension changes in Russia will now take. Olga Golodets, Deputy Prime Minister, spoke to the general public, announcing the most important news to the Russians: the retirement age will not rise. 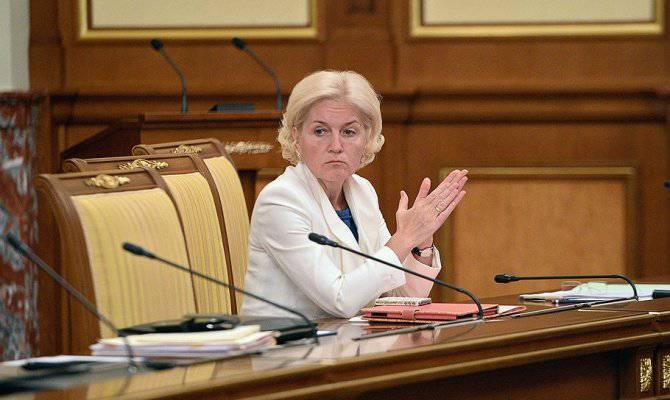 After such a speech by a federal official, many would breathe out: well, they say, no 58 years instead of 55 for women and no 63 for 60 years for men will now be gone — three cheers! - the exit to the deserved rest will remain at the same age positions (women - 55 years, men - 60 years). But then it turned out that if so, then this does not quite fit into the very concept of “reform.” Reform is change. And what are the changes in this case? .. They decided to take a closer look at the reformist initiative and asked the officials to clarify the changes that still affect pension payments from January 2015.

Before proceeding to these explanations, it is necessary to consider in more detail the situation that generally led to the need for reformation procedures. The number of Russians who receive various types of pensions in recent years has exceeded millions of people for 40. This is almost 28% of the total number of Russians. Taking into account the average level of unemployment and the number of people who have not yet entered the so-called economically active age, we get a similar picture: there is one pensioner for every working Russian. This ratio of the number of employees and the number of pensioners (pensioners with different status) in our country for the entire history pension payments have never been. If we add here the demographic situation that exists today in Russia, taking into account the existing trends, then, according to forecasts, by 2025, there will already be two retirees per worker per year. Certainly, no retirement fund of the world can withstand such a load, and therefore statesmen from economics and social policy were forced to sit down to make calculations in order to somehow correct the situation.

Now, in fact, an explanation.

The exit options were, by and large, only two. The first is to raise the retirement age in order to statistically have more than one employee per pensioner. However, such a move threatened with mass discontent, since the overwhelming majority of people, frankly speaking, damn it, what problems loom in the Pension Fund: have money - pay! no money - find and pay! Motivation: “I worked for the country, let it work a little for me” looked and continues to look quite convincing.

Not wanting to get an additional headache in the form of mass popular discontent with the economic policy of the authorities, these same authorities decided to go the other way. The path, clearly, forced. It lies in the fact that since 2015, the pension of Russians will consist of the insurance and funded parts, as well as some semi-mystic fixed payment. At the same time, the government says that if a person decides to work even after 55 (60) for years, then for his future retirement it will be only better (in the sense, more in terms of money). I decided to apply to the Pension Fund for the payment of a pension not in 60 years, but, for example, in 68 (talking about men), which means that the insurance part will be almost doubled, and the said fixed payment of more than 70%. If you retire not eight years later than the statutory age, but three, it means that the insurance part will grow by about a quarter, and the fixed payment - by 19-20%. In general, a rather poorly hidden increase in the retirement age. If you want to receive more or a pension that is acceptable for existence - do some more work, do not want it - here you have a pension “ruble”, and go enjoy carefree old age ... So, under current conditions, our ministers and gentlemen from HSE could think of anything else.

The calculations are interesting, but on the basis of what parameters they were carried out? And on what the size of the pension that a Russian citizen will go on a well-deserved rest will depend on. The main values ​​that will affect the size of a future pension are:

the level of wages of the working person and insurance premiums paid;

length of service (when calculating old-age pensions, the terms for caring for a child up to 1,5 years, as well as military service (by conscription)) will be taken into account;

the number of years that a person worked after the retirement age (55 years for women, 60 years for men).

It should be borne in mind that the insurance part of the pension under the new rules will not depend on absolute values, that is, not on the Russian ruble and the astronomical year of experience, but on the coefficients (points), the accrual of which, by and large, will not differ in increased transparency. I would like it to be transparent, but after all, domestic pension funds (which are state-owned and private) are such, I'm sorry, shops, while working with them, we only have to dream about transparency so far.

Today, static research suggests that only 5% of working pensioners are ready to refuse to receive a pension in order for their new pension (after re-application) to grow substantially. The main reason for such a small percentage of those who want to postpone receiving a pension until “better times” is the distrust of the developed system. That is, people want to see how this will work, not in words, but in reality.

Returning to the words of the authors and implementers of pension reform in life, it is worth giving a concrete example of what the pension of a working person can be depending on the size of his insurance premiums and the total work experience - respectively, on pension coefficients.

Let's start with the fact that as much as possible you can put no more than 10 points in your insurance box for the end of your labor year. Moreover, the value in 10 points in Russia is achievable for those people who receive “white” wages in the amount of 47 thousand rubles per month. This level of official monthly income in our country is not more than one sixth of the total number of representatives of the working population (about 16%). Starting next year, the value of the pension score, according to the reform developers, will be about 65-66 rubles. The government promises indexation of points according to a certain formula, which has not yet been officially published. When you retire, all accumulated points during the work are added up and transferred directly to rubles, and if the work experience exceeds 30 years, then you will have to throw a few bonus points in the Pension Fund.

Considering such information, it is possible to calculate almost the maximum limit of the insurance part of the pension: with 35 years of service and salary over the entire period over 47 thousand rubles (it’s not entirely clear how the salary of previous years will be recalculated) the pensioner gains 350 points. To these points, the foundation adds 5 points (over the 30-year experience for men) or 10 points (for women). We get 355 or 360 points. We translate all these coefficients into rubles at the indicated tariff and get 23075 rubles for men and 23400 rubles for women. If you add to this a fixed payment, which with such an experience will be 3500-4000 rubles. The total pension in this case is 26500-27000 rubles. Good, like, result. If you work not 35 for years, but 40, 50 and so on, then you can bathe in gold in general ... At least in the pension reform today there is such a PR.

Take another situation: a woman who has three children, for 25 years (seniority for retirement teacher) worked as a school teacher. During 4,5 years (total time for caring for children up to 1,5 years), she will not be able to earn maximum points on 10, since the amount of income at this time clearly does not exceed 47 thousand rubles. It will not exceed 47 thousand and at the time during which it worked. The average salary of a school teacher in the Central Federal District (if you do not take into account Moscow) is about 17,5 thousand rubles. We get that for each year of her experience she will score at best 4 points (based on the salary correspondence in 17,5 thousands and the mentioned 47 thousands). Over the years of child care leave - generally 1-2 points. It turns out that if she does not continue to work after reaching retirement age, then her insurance pension will be 4 * 25 + 4,5 * 2 = 7085 rubles. Plus a fixed payment, which for those who did not go to work beyond the retirement age, remains more than vague.

Conclusion: finding a woman in the decree, and men in the service of conscription reduces the size of their future pension. And now the reduction is confirmed by the formula used, and therefore is actually official. It turns out that the government financiers themselves indirectly support those women who have chosen a career for the birth of children, and those men who have decided that it is not economically feasible to join the army. How can this fact alone affect the improvement of the demographic situation and popularization of the army service? - rhetorical question.

It is clear that reform in the current demographic conditions is overdue and overripe, but is it not possible that by solving one problem, the government aggravates several others at once. Points are good, there is a ground for stimulating a working person, but if they have already been invented, then do not make them a stimulus for a conscious increase in the family and one of the options for popularizing army service. As an option, for the passage of the service of conscription, for the birth and upbringing of each child is not 1 score, but all 20, for example. Otherwise, the race for work experience of citizens can play a cruel joke with the state itself. Compromise of state and civic interests must be taken into account without fail, and to do this is by and large not so difficult.