Mass execution in the capital of the United States: as a result of the shooting at the headquarters of the US Navy 13 people were killed 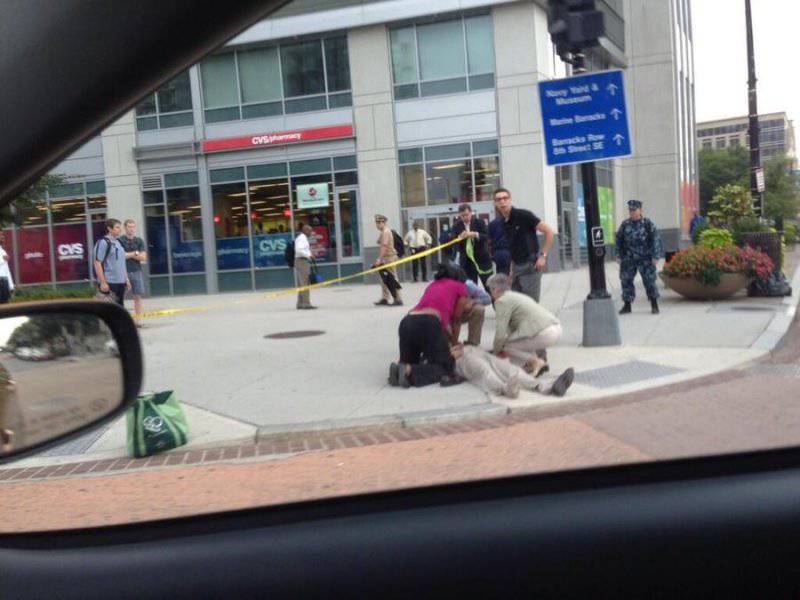 Shooting began the previous morning, local time, in Washington, on the 4th floor of the administrative building, which deals with the ceremonial and administrative affairs of the Navy. fleet USA.

Earlier, the police distributed orientation: a white man with a pistol and a black man with a rifle are wanted. Both are dressed in camouflage suits and are probably former military personnel. However, then the guards found that one of those wanted was not involved in the incident. Another suspect - a black man 40-50 years - is still on the wanted list. The names of these people have not been disclosed, according to The Associated Press. According to CNN, the FBI believes that there was only one shooter on the basis of the US Navy. The second wanted is only an "accomplice of crime"

At present, police forces and firefighters are concentrated near the US Navy building, traffic in the area of ​​the special operation has been blocked. CNN reports that the same special forces officers who participated in the seizure of Johar Tsarnaev in Boston were involved in the operation. The police decided to close all the schools in the area of ​​the incident.

According to preliminary data, the identity of the deceased shooter is established. His name - Aaron Alexis, place of residence - the city of Fort Worth, Texas, reports Fox News. The police found that 34, a one-year-old Alexis, served in the US Navy from 2007 to 2011 a year, and then worked for an IT company. The police believe that he entered the building of the US Navy through someone else's pass.

The situation was commented by US President Barack Obama. He said that as a result of a mass execution several people were shot and wounded. Obama also said that both military and civilians were injured. The US President expressed his condolences to the relatives of the victims of this crime and said that this fact would be as thoroughly investigated as in the rest of the mass executions in the United States.

In accordance with the order of Obama, the national flag over the White House will be lowered until the sunset of September 20. For the same period, flags are hoisted over other US government agencies and departments, as well as military bases, ships, embassies, and US diplomatic missions.
Ctrl Enter
Noticed oshЫbku Highlight text and press. Ctrl + Enter
We are
Results of anti-terrorist work on Dagestan in April 2014Review of special operation in Khasavyurt 5 May 2014
44 comments
Information
Dear reader, to leave comments on the publication, you must to register.