How dare? The European Parliament has accused Russia of defending their interests 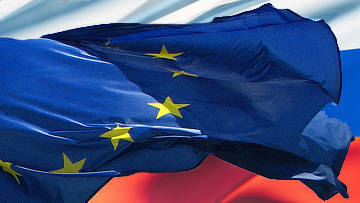 
Is the world delighted with the Russian scenario of saving Syria? The opinion of Vladimir Putin on Washington’s planned attack on Damascus published in the New York Times and was the event of the week? No, not heard! The European Parliament voted in favor of another resolution, “shaming” official Moscow for its “imperial ambitions”. Let Obama give her advice as much as he wants, but he does not dare to persuade the former republics of the USSR in anything and thereby encroach on their sovereignty.

Evidently, the deputies of the euro-deputies were really active in Moscow on the issue somewhere probable, and somewhere already practically inevitable "association" of the former Soviet republics with the EU. However, it is unlikely that Brussels is not aware of the “project of the century” that Russia has started - the construction of the Eurasian Union. This ambitious integration project is completely natural, due to geography, involves the participation in it, including those countries that are currently "courting" Europe. How exactly - a separate question. However, the idea that Putin declared while he was Prime Minister in 2011 was nothing illegal according to the letter and spirit of international law. To present such arguments now, of course, is already unfashionable, but they are needed at least in order to thereby deepen to a minimum the absurdity of Brussels claims.

Although what kind of absurdity can we talk about here when there is - a textbook cynicism and hypocrisy? After all, reproaching Russia, as European deputies believe, of excessive obsession, and even in the blackmail of sovereign republics, they modestly keep silent about activities in the same field of their employer - the European Union. And, judging by the way he managed to “bend” the Ukrainian president, tearing off the mask of the “pro-Russian politician”, the Europeans are putting too much pressure on us. Even Lukashenko seems to be thinking about a rapprochement with Europe, where he has so far been denied entry, like almost three hundred of his officials. From the point of view of the West, this is nothing special. There are only interests of the still powerful supragovernmental megastructure. The European Union does not need any Eurasian Union at hand. And this means that whether the state has sovereignty or not, the question is not even secondary - the tenth. In general, from the point of view of the West, only states with an adequate level of democracy, as well as Saudi Arabia and Qatar, have the right to sovereignty.

So, if you play honestly, everyone stays with his position, as well as with his trumps. Europe has a promise of a bright tomorrow, Russia has a reminder of the beautiful, strong, authoritative yesterday. Which way will be chosen by the republics - time will show and, no matter how trite, the work of Russian diplomacy.

The new anti-Russian resolution of the European Parliament, in an interview with the KM.RU columnist, was commented by the vice-president of the Academy of Geopolitical Problems Konstantin Sokolov:

- This EU resolution is remarkable in that it is only the tip of the iceberg. Most of all in the West are afraid of reintegration in the post-Soviet space. Nevertheless, this process, quite possibly, will soon become truly serious. The fact is that in the entire post-Soviet space there is not a single republic that began to live better after the collapse of the USSR. All of them have some difficulties. And various sociological polls conducted in these countries tell us that the negative processes taking place there are pushing the population of the now independent republics to the idea of ​​the need to maximize and expand ties with Russia.

Surprisingly, even in the most initially separatist-minded republics of the Baltic states, the opinion of the local population about the collapse of the USSR has changed significantly in recent years, although, of course, this fact is not reflected in the local media and in general this topic is hushed up in all possible ways. But in fact, both they and we perfectly remember that these were once the most highly developed republics in a mighty power, and now they have become, in effect, the backyards of Europe. The highest level of development of science, culture, education - all this goes away and is almost a thing of the past. It is not so easy for Estonians, Lithuanians, Latvians to find a job today, a lot of Baltic “farm laborers” go to earn a piece of bread in the highly developed countries of Europe and the USA. All this people see and draw their own conclusions. And I think that this decree of the European Parliament reflects the quite serious concern that the West is experiencing today.

- Italian political analyst Giulietto Chiesa, who himself once met in the European Parliament, argues that the most vehement critics of Moscow for any reason are deputies from the Baltic states, Poland, Bulgaria, Hungary ... How do you explain such a phenomenon?

- The fact is that in these countries the West has established ... I don’t want to say that they are puppet, but, in any case, political regimes that are highly dependent on themselves with the corresponding elites. And the authorities of these states (I emphasize: the authorities, not the people!) Are the most faithful executors of the will of the West, because with the successful reintegration of states not only in the post-Soviet space, but also in the territory of the former socialist camp, they will be removed from power. This is a fight for its warm place. In addition, the above-mentioned countries, which is not a secret, sit tightly on subsidies and are ready to take on any dirty work for their sake, just to earn points for themselves in the eyes of the “civilized world”.