Georgian information kaleidoscope: from the possibility of joining the Eurasian Union to the use of bacteriological weapons against Russia

17 September 2013
41
The closer the departure from the presidency of Mikhail Saakashvili, the more interesting it becomes newscoming from Georgia or in some way relating to Georgia. As it is now fashionable to say, the “vector of development” of this state can change almost by 180 degrees within one day. At the same time, the main Georgian politicians (Ivanishvili and Saakashvili) can say things that not only contradict each other, but also cause mutual accusations of trying to step on the throat of Georgian song. 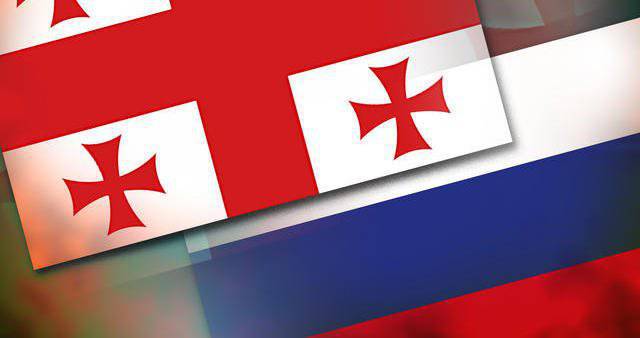 One of the news sounded recently like thunder out of the blue sky. Georgian Prime Minister Bidzina Ivanishvili quite unexpectedly stated that, despite the course of European integration, which Georgia currently adheres to, it can turn its attention to the Eurasian Union. If the development of the Eurasian Union meets the interests of Georgia, then the country is ready to consider the issue of unification with the international organization being formed today.

Naturally, such a statement by his political opponent could not calmly, let's say, pass the still acting Georgian president by the name of Saakashvili. He subjected Ivanishvili to harsh criticism, stating the following:

Today, I and you are responsible for ensuring that our country is not inherited by anyone. I want us to think that no prime minister will return us to the Eurasian rubbish.

“... so that nobody would get our country”. Agree, there is in these words of the Georgian president something from Ostrovsky. Well, remember, when offended Julius Kapitonych Karandyshev in “The Dowryless” kills Larisa, declaring that he is disgusted with her, with the words: “Well, don't you get to anyone!” , one can judge by the extremely low level of trust in the incumbent president by the people (Saakashvili’s ratings have fallen to their lowest levels during all the years of his rule in Georgia). It turns out that the outgoing president is going to put a “bullet” into Georgia, like the hero of the play by Ostrovsky ... Does Georgia itself want this? It is unlikely ... If Saakashvili, under the words “no one got the country”, means Georgian independence, this is even sadder. It is sadder, because in the present conditions only the person who has the cockroaches finally settled in his head can joke on the topic of “Georgian independence”. Well, what, forgive, independence, when any, even internal political, issue is still the same Georgian president is trying to coordinate with the inhabitants of the overseas political Olympus.

Turning away from Saakashvili’s tirade, it is worth returning to the words of the Georgian prime minister that Georgia may have a desire to integrate with the Eurasian Economic Union, in which today the 3 member countries (Russia, Kazakhstan and Belarus) and the 3 candidate countries (Armenia, Tajikistan, Kyrgyzstan). Today, Georgia (if we do not take into account Saakashvili’s next fever that “no one should get the country”) has two possible directions of integration, and the directions are by no means equivalent.

The first direction: integration with NATO and the EU (will NATO and the EU want it? - is another question). At the same time, in the event of such integration, Georgia will have to officially recognize the independence of South Ossetia and Abkhazia, without which the accession itself, at least to NATO, is impossible. The North Atlantic alliance and its problems without Georgia, trying to recover the territories lost during the bloody adventure of Saakashvili, are enough. It may, of course, help Big Brother, but one unsuccessful attempt at Washington has already happened, and after this, it is clearly unwilling to begin a new adventure. Moreover, in the light of recent global geopolitical events.

The second direction: integration with the Customs, and then with the Eurasian Economic Union. For Georgia, this would be a good option, because Abkhazia and South Ossetia can integrate with the same union over time, and being together in one union is already something. And from an economic point of view, the gain will be obvious. Saakashvili can reflect on how “everything is wonderful” in terms of trade relations between Georgia and the EU, but the fact remains: without the Russian market, the Georgian economy has little chance, to put it mildly. Yes, and being with a neighbor in a state of permanent confrontation is far from being productive.

Apparently, the second direction of integration Ivanishvili is considering really seriously. In addition to the words of the Georgian Prime Minister himself, this is a rather interesting nuance.

Not long ago, the chief sanitary doctor of Russia, Gennady Onishchenko, suggested that the so-called biological laboratory of Lugar, located in the Georgian village of Alekseyevka (many news agencies mistakenly call the village Aprelevka), is a place from which the African swine plague can spread. According to Onishchenko, the biolaboratory located not far from Tbilisi is not a civilian object, which the Georgian authorities are trying to present it, but an object of military purpose, which can be used as a center for developing new types of bacteriological weapons.

It is worth noting that the laboratory of biological and bacteriological analysis was opened in Georgia with the filing of the famous American Republican politician Richard Lugar. Laboratory workers claim that it is not a military object, and all the research that is being conducted here is aimed at combating those viruses and pathogenic bacteria characteristic of the region.

As soon as Onishchenko expressed such assumptions, the public stirred up. Immediately, films were made and articles were published that the Alekseev Biolaboratory in Tbilisi was funded by the American side for a reason (according to the BBC, this project was altogether allocated from American funding sources around 300 million dollars). all, has a certain military background. Considering the status of the laboratory, the spread of strange infections and viruses in recent years in our country and neighboring countries (African swine fever as one example), as well as the background information associated with Syrian chemical weapons, this information caused a great resonance. It smelled sensational. News began to spread, to the point that Saakashvili, with the support of the United States, was preparing (or even already conducted) a secret bacteriological operation in relation to Russia ...

However, information came from the Georgian government that the biolab in the Georgian Alekseyevka can be visited at any time by both Gennady Onishchenko himself and any other interested delegation from Russia. Ivanishvili announced that Georgia is open for building partnerships. Obviously, with such a move, Ivanishvili makes it clear that he is not going to force relations with Moscow.

An official invitation to visit the laboratory and make sure that its work does not involve any military component, for Onishchenko sent the Head of the Center for Disease Control of Georgia Amiran Gamkreolidze. It is still unknown whether the Russian chief sanitary doctor is going to visit the biological laboratory in Alekseyevka, but it is known that the “Special Correspondent” team of the “Russia” shopping center went to Georgia. Alexander Rogatkin, who is entrusted with the task of preparing a report, said that the facility was unprecedentedly open for the preparation of information materials. According to him, during the preparation of the report, the laboratory staff not only answered all journalistic (including, obviously, sharp) questions, but also demonstrated the direct work of the biolaboratory teams to combat various types of viruses and bacteria.

In addition, it became known that the laboratory is no longer funded from the United States, but transferred to financing from the Georgian budget.

It turns out that either the “Special Correspondent” journalists were not shown everything, skillfully hiding the military sector of the laboratory, or the laboratory is really far from spreading the infection. Another thing is that when the biolaboratory was opened, then the Georgian authorities could have, we will say, “original” plans for its use, prompted by “advisers” from the United States. Today, Ivanishvili understands perfectly well that if the work of the laboratory causes sharp criticism abroad (including in Russia), then this will not only cause another blow to bilateral relations between Moscow and Tbilisi, but generally bring the issue to discussion at the UN Security Council . Georgian Prime Minister clearly does not intend to joke with such things. There remains another question: will the American "partners" allow it to be open to Russia? While giving, as too much attention from them was diverted to Syria.

In general, in order to get rid of misinterpretations about this very laboratory, one will also have to hand it over to international control. So what? If Syria transfers chemical weapons, then there will be nothing reprehensible for Georgia in the international monitoring of Alekseev’s biolaboratory. Everything is fair, but for partnerships in general is wonderful. And Saakashvili’s lament about this, as they say, is nothing at all. Five minutes to the former president - what to take with him ...

Ctrl Enter
Noticed oshЫbku Highlight text and press. Ctrl + Enter
We are
Ivanishvili told the terrible truth about Russia, or Two of the Georgian casket ...Saakashvili leaked, or Bog for Bidziny
Military Reviewin Yandex News
Military Reviewin Google News
41 comment
Information
Dear reader, to leave comments on the publication, you must to register.