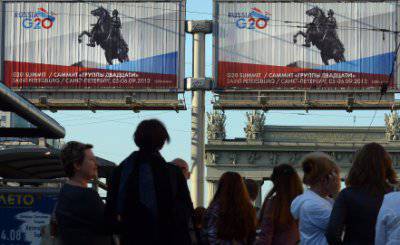 The G20 summit, held on September 5-6 in St. Petersburg, became the diplomatic peak of the confrontation not only in Syria itself, but also on the world stage between the US-EU-Saudi Arabia and Russia-China-Iran parties.


There were no outside observers left at the G20; directly or indirectly, each country supported one of the parties to the conflict. There are a lot of conflicting parties in multinational and religiously divided Syria: the Assad regime and the Alawites outside of it, the moderate opposition, Al-Qaeda, Islamic radical groups (like Hezbollah and Al-Qaeda), Kurds. Each side has its own patrons and sympathizers abroad. And in different periods, the balance of forces tilted in one direction, then in the other.

However, in recent years, the position of the government has strengthened due not only to internal consolidation around the personality of the president, but also to permanent support from outside. It is obvious that without diplomatic efforts and material assistance from Russia, China and Iran, Assad would have already been overthrown, if not by the militants themselves, then by the intervention of the West. And the G20 was the last chance to do it without serious image losses for the United States. Apparently, it was at the summit that Putin and Obama discussed Russia's initiative on international control of Syrian chemical weapons, and the next days were needed by the American president to overcome the resistance of the non-imperialist elite in the United States itself.

After the US and Syria agree on international control, the question of the possibility of intervention remains open. But at the same time, the following conclusions can be drawn about the state of affairs in the Syrian issue:

- There is no more moderate opposition in Syria, otherwise the EU would support the United States much more actively. This is quite natural, given the cruelty with which the confrontation has been going on for 2 years. Moderate opposition would be very useful now. The United States could put a condition on its involvement in the international control of Syrian chemical weapons, which Assad could not refuse. With this development of events, support from the EU would have increased after the elections in Germany.

- The RF-PRC-Iran party won not only a diplomatic, but also an intermediate information victory.

- The time for striking Syria, even in such a "harmless" form as air raids, has been lost. At the same time, it is important to understand that further postponement of the strike only increases the US image losses.

- The prestige of the United States and President Obama is seriously tarnished. At the same time, even more domestically than in the international arena. Most likely, Obama will not be re-elected for a second term, and the next election will be won by the politician who shows less aggressive rhetoric on international issues and more attention to US internal problems.

- The UN is a formality, a relic of a bygone era. The world needs a qualitatively different platform for discussing world problems. Otherwise, the UN Secretary General would not have gone to the G20 summit and would not have asked the participants of the formal economic summit to discuss political issues. After all, the point is not that the summit is an opportunity to discuss this problem. The fact is that the truly significant countries increasingly prefer to negotiate in a narrow circle (EU, NATO, SCO, BRICS) rather than vote in the UN. And this is already a geopolitical reality.

- American-style globalization stalls at the political level. The future belongs to regional groupings and associations (EU, NATO, SCO, BRICS, Eurasian community). This also applies to the currency sphere, an example of this is the agreement of the BRICS countries to create an alternative to the IMF.

- US citizens are less and less satisfied that their country's policy on the world stage reflects the interests of only the neoconservative elite, and not the American people. This largely depends on the electoral system of the United States. The existing political system does not allow American citizens to significantly influence the foreign policy of their country. It is hardly necessary to talk about the upcoming structural and institutional changes. However, the question of the transition to general elections and the expansion of the US party system may begin to mature in the foreseeable future.

- Together with the United States, Turkey missed its chance to intervene. The policy of active participation in the Syrian conflict not only did not expand Turkey's zone of influence, but again revealed the line of social division between the supporters of the secular regime and the champions of political Islam, thereby increasing Turkey's disillusionment with the EU and NATO.

If the intervention does not take place, and the Assad regime wins, one can predict:

- The US will reduce aggressive rhetoric and revise its concept of "scarlet" revolutions.

- The main military partner of the USA in Europe will be France, which will replace Great Britain as the military leader of the EU. And the point is not only that the British society and elite are tired of useless wars in Iraq and Afghanistan, but also in the upcoming referendum on the status of Scotland, the consequences of which are a separate topic.

- Iran will become a full member of the SCO.

- China, Iran, but first of all the Russian Federation, will use the acquired political capital to strengthen not only the prestige in the world, but also the positions in the near abroad (Central Asia, the Caucasus, Afghanistan, Ukraine, Moldova).

The future of Africa, the continent of failed states, where the interests of Europe and China collided, remains unclear. The question of whether some of the countries of re-colonization, like Mali, will fall apart following the example of Somalia and Libya, or will continue to undergo financial and economic expansion of the PRC is also being resolved today in Syria.