There is no point in the further existence of the USA 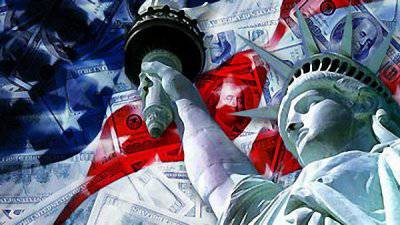 I remember one autumn evening of 1991, I, still a Soviet pioneer, watched on TV a children's party - a carnival from Canada. The action was bright and colorful, people smiled, they are well dressed in foreign clothes. The words of the commentator sounded like a mockery: "Due to bad weather, the participants of the action took hot chocolate with them in thermos so as not to catch a cold."


Pancake! We have sugar on coupons, there is nothing in the store except sprat and birch sap, and they have hot chocolate for ODS prevention! As I was jealous of Canadian children, and my mother sat next to her and envied Canadian mothers. I wonder what Malchish - Kibalchish about bourgeois cookies would be for me - jam said.

I no longer wanted soda pop and sweets bird's milk, give me a Coke and Snickers and I was sure that sandwiches in McDonalds are much more delicious than my mother's meatballs. At that time, her own country seemed somehow ridiculous, absurd, her история a series of bloody mistakes, the present is dull, and it was better not to think about the future.

This is what I mean: the sense of the Soviet Union in building a just state of free people, in building socialism, and later on, of communism. It sounds a bit punchingly, but as long as we believed in these ideals, the USSR was unbreakable.

Then gradually they gradually ceased to believe in the ideals of socialism at the highest levels, having seen enough of the attempts of capitalism, they also wanted to “want to persecute”. There they spoke from the stands about the inevitable world victory of communism, about a classless society, about a five-year plan for three years, etc., but the people, having seen enough of their full faces, eventually stopped believing in all this.

All ... They took out the meaning from the country and it crumbled. I didn’t need solemn promises in a red tie, but hot chocolate, and yesterday’s Komsomol and Communists were more important than clothes, cars, grandmothers, and not some ideals.

For a hundred years our country was called the Russian Empire. Her brave soldiers followed the Faith, the Tsar and the Fatherland. When these ideals were shared by the overwhelming majority of the population, then in almost all wars we had success (of defeats, we can only recall the Crimean War, and taking into account the strength of the parties and the lack of territorial concessions, it can be credited in victory). By the time of the Russian –Japanese war in the army and society, these ideals had noticeably faded and, as a result, a heavy defeat was not from the strongest country. This event caused even greater distrust of the tsar and during the first world "public confidence in the government" dried up.

Instead of Orthodoxy, detestation and aggressive atheism were cleverly slipped, and the Fatherland, in the sense of its forests, fields and rivers, remained almost the same. Again, as at the end of the 20th century, in the absence of the original meaning, the country collapses.

After the terrible World War II, he no longer wanted and could not bear the "white man's burden", and the colonial system collapsed. The British with the French, probably, chose hot chocolate instead of harsh transitions through the jungle and desert. In the XVI century, many Europeans no longer believed in the infallibility of Catholicism (or did not see the point in giving tithe to distant and greedy Rome), and Luther only formulated people's doubts. Many times in history, wild tribes conquered civilized countries, but then they adopted, along with writing, a higher culture, and the worst from their new vassals - a thirst for luxury, laziness, drunkenness, gluttony. As a result, more warlike tribes threw them into the garbage of history. As we see, betraying one’s ideals (the meanings of existence) leads to the weakening of states, the death of countries and peoples.

Now back to the USA. Initially, the ideals of America "cling" to so many. The dream country, which immediately after the beginning of its existence, became not some kind of monarchy in Europe, but a democratic state, where any citizen, as once in Greek policies, participates in the election of a ruler, where every person is born free, the right to property is sacred, there is a right to freedom of religion, individual freedom and bla-bla-bla, bla-bla-bla.

The term “American Dream” means personal success at any cost — it’s just an egoist’s dream. Nobody despises him for egoism, on the contrary, they envy him, he is popular, he is a role model (admiration).

To live as you want, to live for yourself - this is the main purpose of your existence. "Do not worry" spiritual experiences, but you do not have time to "take everything from life." Modern consumer society is just an evolved American egoism lavishly mixed with envy - eat more than your neighbor, buy a cooler colleague car, get a new mobile phone first in class.

Now I will not particularly recall the freely cut and democratically expelled Indians, about the “equality” of the white planters and their black slaves and how the United States chopped off California and Texas — these are all things of the bygone days. Let's look at the declared ideals of democracy today.

Nowadays, states are rapidly turning into a police state. The shell is the same, until no one has canceled the marvelous (everyone accepts the stress itself) constitution, nobody has canceled any amendments there, but in fact there hasn't been a smell of democracy for a long time. Even the election of the main showman of the country - the president, and then not covered with fraud. Everyone probably remembers an armored car with bulletins about Florida in 2000 - m, more than 100% for Obama in 2012 - in some districts, and other absurdities.
And how is democracy combined with a prison in guantanamo, with total surveillance of its own citizens, the dictates of all sorts of minorities, the detention of objectionable, beating, torture?

In the international arena, the United States generally creates lawlessness, based on its own egoistic considerations. We can recall Buta, Yaroshenko, killer drones, but these are all trivialities compared with interventions in different countries under sometimes absolutely ridiculous reasons. What “creative” terms come up with: “indestructible freedom”, “humanitarian bombardment”, “unmanned zone”, which in fact turn flowering cities into piles of rubble.

So, in the US, more and more people see the difference between the declared state ideals and the real picture. All conceivable rights and freedoms are violated then at home, which is abroad. But this is half the trouble, the fact of beating a neighbor with a baton is not so outraged as on a lack of work, mass eviction for debts and lack of prospects is not an “American dream”, but an “American horror” of some kind.

For this reason, the population of the United States is almost unanimous against the war in Syria on the far-fetched pretext, army veterans do not agree with Obama’s plans to “remove” another state, acting soldiers YET hide their faces behind posters: “I don’t want to fight for al-Qaeda,” t. to. it goes against the ideals on which they were brought up since childhood. That is, Americans are rapidly losing faith in their values, more and more people are convinced that the United States is not the “ray of light”. In fact, there is no longer any sense in the existence of the United States, since this country has already lost its inner meaning.

It is possible that the states will simply fall apart and instead appear North Mexico, the Texas Republic, West Zululand, New Aria, the Federation of Indian Tribes, Free Las Vegas, etc. Each such formation will have its own sense of existence, its own, nationalistic and racial ideals. In this case, there will be nothing good, because each “state” will have every reason to be admitted to the nuclear club, and the world will not face a gorilla on tank, and with a gang of mad macaques with grenade launchers.

Another option: America finally dumps its democratic masquerade and builds a "normal", legally decorated system of something like the one described in the "Star landing". One trick: I feel that the role of terrible in every sense arachnidov prepared in the first place to us.

P.S. Somehow, your humble servant in the articles on the All-Russian Association “What do they need from Syria?” And “Kurdistan as Poland of a century ago” expressed the idea that true puppeteers and “beneficiaries” of chaos on greater BV are some circles dreaming of a great Israel from Nil to Euphrates.

It turns out that the United States is used by them as a big stick, methodically crushing all neighboring states to fine dust (the same Saudi Arabia, Qatar, and so on. The great democracies of the Persian Gulf are now used "in the dark," they themselves pay a significant part of the costs of dismantling their neighbors. the queue will come later, when “suddenly” it becomes clear that human rights are not very much there).

It is likely that the true meaning of the United States is to clear the "living space" for one people. If this is so, then in the case of the Syrian bombing raids, contrary to custom, the Americans will abandon the use of impoverished uranium in order not to lose the meaning of the whole idea.

PS.S .: And what is the meaning of the existence of Russia, its national idea, without which no country will last long?

Ctrl Enter
Noticed oshЫbku Highlight text and press. Ctrl + Enter
We are
About Stalin and KhrushchevWhat you didn't want to know about England
Military Reviewin Yandex News
Military Reviewin Google News
85 comments
Information
Dear reader, to leave comments on the publication, you must to register.