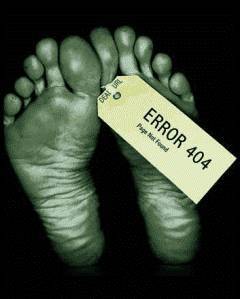 It is difficult to doubt that the majority of residents of the western regions of Ukraine (especially Lviv, Ivano-Frankivsk and Ternopil) actively support the idea of ​​the existence of Ukraine as an independent sovereign state. This idea is shared not only by the "Svidomo" part of the population of this region (from frank fascists to moderately nationalistic intellectuals who are also found there, albeit in very limited quantities), but also "not svidomaya" too.


The actual difference between the Ukrainian nationalists and the Ukrainian independentists is determined by their attitude to the form of the state. Independents advocate a pragmatic “state of citizens”, which proves its right to exist in that it provides its population, regardless of ethnicity, with comfortable living conditions (preferably better than those of its neighbors). Nationalists advocate a totalitarian state of a nation or a nation-state that will provide advantages to a particular ethnic group, a self-name that coincides with the name of the state.

Initially, the problem of the Ukrainian nationalists was that in Ukraine "Ukrainians" (in their understanding) there was an overwhelming minority. The townspeople who made up 2 / 3 of the total population of Ukraine were 80% Russian-speaking. The rural population spoke numerous dialects (surzhikah), which, depending on the region of residence, were closer to the literary Russian, Ukrainian and Belarusian languages ​​and seriously differed from each other. So Poltava, Kharkiv and Chernihiv surzhik obviously were closer to the dialects of the Bryansk, Oryol and Belgorod regions than to the surzhik of Galicia.

Thus, the construction of a nation-state initially assumed the creation of a state for the overwhelming majority of its population (the literary Ukrainian used in everyday life a disappearing small percentage of the population, mostly from the so-called “mytziv”, and its replacement in the form of Galician surzhikov was a small language, sharply different from the rest of the country of the region). But such a project was doomed to failure, since the initial infringement of rights was assumed by almost 90% of the population. Moreover, if for the countryside such an infringement would pass unnoticed (all surjik-speaking, even those who do not understand each other are sure that they speak Ukrainian), then in Russian-speaking cities and in the capital active resistance was guaranteed. One can love Ukraine in any way “simply because I live here”, but in 1990-1992 years not every “lover of Ukraine” was willing to love Bandera, Shukhevych and other collaborators, and with a sinking heart to listen to the “European” diaspora Galician "govirku". In addition, the "totalitarian" USSR collapsed to build "democracy", not ethnocracy.

Therefore, at the first stage, the Ukrainian nationalists mimicked themselves as “national democrats” and led many years of creeping Ukrainization, and it would be more correct to say the galicization of society. This approach was adequate to the situation. The need for Ukraine’s galicization was determined by the nationalists' reliance on a single region that perceived independence as a super-value. The creeping nature of the galicization was caused by the need to focus on the next generations so as not to irritate the majority of the population. That is, the Ukrainians of the Galician oil spill should have constituted the overwhelming majority of the population of Ukraine by about 2030.

Most likely, preserve the smoothness of the transition (in the form of a slow, creeping) nature of Ukrainization - resistance would be useless. Pin shots do not cause public protest. Most of the society they are not noticed, many are perceived as something natural or historically inevitable. And most importantly, who in a normal, prosperous country will climb the barricades due to the fact that the helicopter has turned either into a wing wing, or into a helicopter. In the end, the Russian language also underwent changes (for example, during the XIX century the “hall” turned into a “hall”, and after 1917, “i”, “yat” disappeared from the alphabet, the spelling changed, including the use of the solid sign etc.). And the gradual transfer of education and clerical work to the “official language” did not disturb anyone (it wasn’t when there was a discussion in society in Kuchma’s Ukrainization). In general, the people understood this language, didn’t particularly come across it in everyday life, the bureaucratic bureaucracy, in Russian, in Ukrainian, was equally clumsy and inaccessible to the perception of a normal person.

However, at a certain point, after 2004, the smoothness of Ukrainization was interrupted. This gap was, of course, associated with the personality of Yushchenko - a man of little adequacy, but had an objective basis - the failure of the economic and social policy of an independent state, its obvious lag in development from its neighbors (from the same Russia, from which it was separated for sausage reasons) , powerfully demanded to explain the reasons for the defeat of independence, to present the guilty to the public and to draw a new path to success. After all, if they were separated from Russia in order to have more sausages, and as a result, more sausages became in Russia, then it is logical to join back (to the sausage). The logic of consumer separatism needed to be urgently replaced by the logic of xenophobic “patriotism”.

And again the grains fell into fertile soil. Even the non-nationalist Russian-speaking liberal intelligentsia (not to mention the liberal independent Westernizers) by the year 2004 could not recognize that its support for perestroika, Yeltsin, the collapse of the USSR was a huge mistake that the result was the plunder of the country and the impoverishment of the people, including and her (intelligentsia) impoverishment. The Russian-speaking intelligentsia of the cities, as well as the office plankton that appeared and multiplied, also needed an enemy, who would be blamed for the mistakes of the intelligentsia and for the fact that the plankton would never break into oligarchs.

Only Russia could be such an enemy for nationalists and for post-Soviet liberals. These are her "machinations", her "fifth column", her oil and gas, her security officers and her Putin "did not allow" poor Ukrainian "democrats" to build a prosperous state. That is why both Kuchma and Yanukovych, with a confident hand, more reliably Yushchenko, who led the country into NATO and into the EU, were treated by “patriots” as “pro-Russian”. They simply could not be pro-Western. Otherwise, the logic of conspiracy theory was lost. Therefore, Tarasyuk and Ogryzko, Yushchenko and Chervonenko, Zhvania and Martynenko, Poroshenko and Tymoshenko, who held high posts and simply financially flourished under Kuchma (and most under Soviet rule) suddenly turned out to be "fighters against the criminal regime" against "Russian domination." Similarly, the opposition today, fully supporting Yanukovych’s domestic and foreign policy and jostling with him only for a place at the trough, calls the prostitute the European integrator the pro-Russian president.

As we see, the “patriots” were led by the unshakable logic of political struggle. They thought she was leading them to victory. And today we should have considered that we have already won. After all, now in the country there is a unique situation - supposedly the pro-Russian government demonstrates the supposedly pro-European opposition that it is able to integrate into Europe faster and more efficiently than all the crap, boxers and fascists combined. The real pro-Russian movement is marginalized. There is not a single politician or political party who would be ready to sincerely and consistently defend the interests of these voters, who are still the majority in the country. In general, adherents of Ukrainian Ukraine could buy champagne.

But do not buy. Moreover, they are very tense and upset. It would seem what? The Russian vector of foreign policy has been reduced to zero. There are no pro-Russian forces in big politics. All media is totally “patriotic”. The fascists are allowed to freely roam the streets and even beat anyone they wish, when they wish, where they will and as they wish. Their opponents are already starting to plant. In general, the only thing missing is the "crystal night" for complete happiness.

But liberal-brown “patriots” do not feel happy. Can not explain why, but do not feel.

And the explanation lies on the surface. For many decades, they really convinced themselves that they were fighting for sovereignty, independence, democracy and the European choice. Even those who are really fighting for money. They really linked their fate, personal and professional, with independence. Neither “patriotic” journalists, nor European integrators, nor Russophobe politicians can count on more or less tolerable work outside the boundaries of an independent Ukrainian state. Qualification does not allow.

But just to ensure that their qualifications, or rather the lack thereof, did not prevent them from applying for leadership or simply profitable positions, an independent Ukrainian state was created. Thus, the Ukrainian “patriot”, as a rule, is a person who does not meet the qualification requirements for the position he occupies. But these requirements are not made by chance. It is sufficient qualification that allows to adequately protect the interests of the country, adequately assess information, adequately analyze the situation. If there is no qualification, the country is poorly managed. Decisions are made on the basis of erroneous assumptions, the analysis does not hold water. Actually, we see all this in modern Ukraine.

"Patriots" got into a vicious circle. Their low qualifications destroy the country that they need in order to feed from it, but they cannot change the qualification requirements, because then they will not be able to occupy positions from which they feed. In general, even the “patriots” already understand that the death of the Ukrainian state is inevitable. With each successive president, it looked less and less like a state, and with Yanukovych it finally turned into not even a factory, not a store, but a casket.

Cutting off the “patriots” of the Russian-speaking population, in order to avoid the competition of qualifications, the abandonment of normal relations with Russia, in order not to compete with the Moscow political elite and business, with Russian culture eventually led to intra-Ukrainian confrontation and to the transformation of the initially loyal to Ukraine, the Russian-speaking majority, if not enemies, then at least opponents of Ukrainian statehood. Even the “patriots” are not going to defend this state with weapons in hand. Among the Russophiles of such a day and with fire you will not find. Rather, it will be possible to find those who are ready to liquidate this state with arms in their hands.

All of their ambitious illiteracy, the “patriots” cannot but understand that the state, to which 40-60% of the population is hostile, does not last long for two-thirds of the rest. Therefore, they are not in a hurry to drink champagne, despite the “lack of alternative” of the European choice.

They have no way out. They can not organize another, normal Ukraine. Firstly, the time has already passed, and secondly, in such Ukraine there is simply no place for them. They cannot save this Ukraine, since neither potential partners nor their own population need it. They cannot even eliminate the “fifth column”, because it is impossible to exorcise, assimilate or destroy 25-30 millions of people in a short time. And if it were possible, who would endure it for so long, how many “patriots” would remain after the civil carnage, and whose troops would bring order to Ukraine?

All this does not mean that the “patriots” will not turn the cold civil war into a hot one. They have nothing to lose. In addition, they are angry, because for more than 20 years, each tactical victory of theirs brings strategic loss. We can all be very bad. Many may simply not survive. But someone will still survive, but the state of Ukraine is not. It is doomed. And his “patriots” condemned him, for whom the embroidery, Galician surzhik and Taras’s portrait replaced the qualification.