Why did the Defense Ministry choose the New Siberian Islands?

16 September 2013
101
The Russian Ministry of Defense is embarking on a large-scale project that Deputy Minister Arkady Bakhin described as “returning to the Arctic”.
"We came there or, more precisely, returned forever, because it is the original Russian land."

Last week, Sergei Shoigu identified Arkady Bakhin as a ministerial officer who will be directly responsible for the work on the Arctic. At the first stage, the deputy minister is charged with monitoring the work that the military personnel will carry out on the Novosibirsk islands located at the junction of the Arctic seas: the Laptev and East Siberian seas. The main goal of the military department at the first stage is to build the runway of the Temp airfield, created on the islands during Soviet times, but then not operated for a long time, from which it became completely inoperative for receiving aircraft. The strip will be built with an initial aim at taking off and landing of such aircraft as An-72 and An-74, which, according to representatives of the main military department, will be able to arrive on the Novosibirsk islands at the end of October of this year. Future plans include the expansion and lengthening of the runway of the Temp airfield in order to obtain the possibility of receiving heavy cargo aircraft.

Recall that the active development of the Novosibirsk Archipelago, which, for comparison, more than three times exceeds such a state as, for example, Qatar, began in the 70-ies of the last century. Then the Ministry of Geology of the Soviet Union defined the task of large-scale geological and geophysical research of the islands. To solve this problem, the so-called East Siberian Complex Party was created, with Vladimir Ivanov appointed as its head. The work was carried out with the participation of an experienced geophysicist Alexei Piskarev. The works were aimed at conducting seismic geological exploration. The expedition camp was located in close proximity to the location of the strip of the airfield "Temp", which at that time was designed to serve only such aircraft as the An-2 - Arctic workhorse, as the plane itself was called by the participants of the expedition. 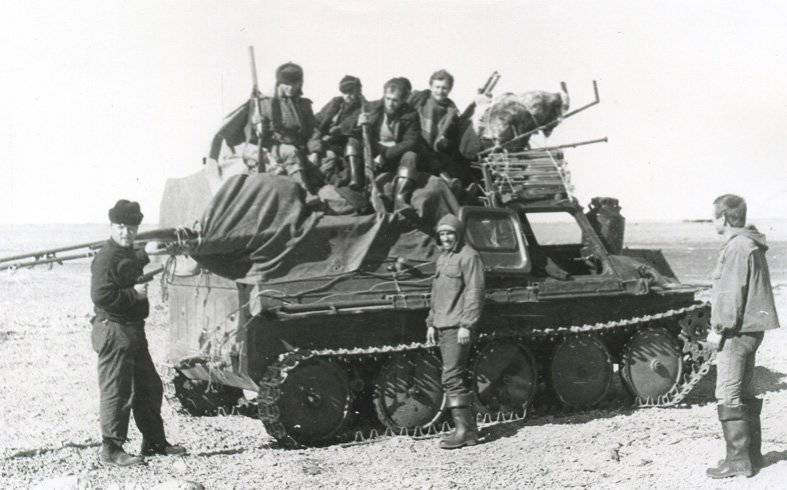 Participants of the seismological expedition to the Novosibirsk Islands (1972 year)

By the 1973, the Novosibirsk Islands were able to deploy several seismic laboratories, which, according to the official version, made it possible to track natural earthquakes in the region of an impressive area. And according to the unofficial, as they say, we guess that with the help of the equipment installed on the New Siberian Islands, it was possible to track not only earthquakes caused by mother nature ... 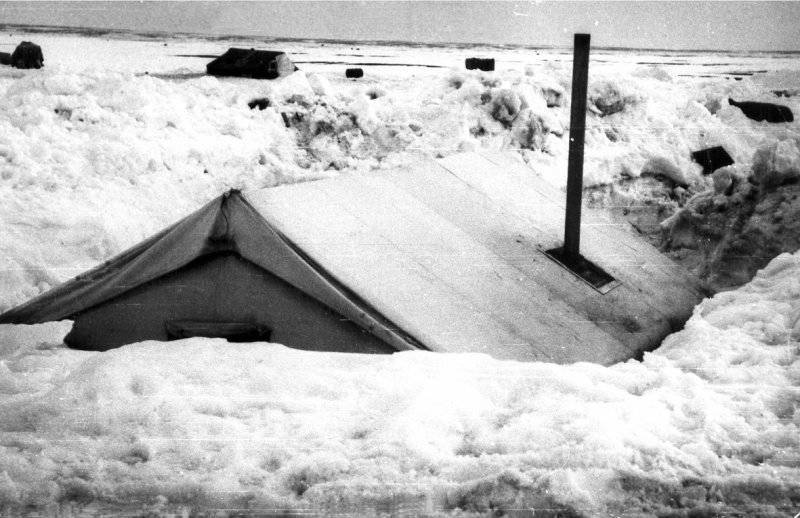 Apparently, the strategic importance of the Novosibirsk Islands was comprehended in modern times. That is why the Defense Minister Shoigu and ordered the beginning of the restoration of the airfield with the further large-scale development of the archipelago.

At the end of last week, ships of the North approached the islands fleet RF, headed by the Peter the Great RK. The ships left the base in Severomorsk on September 3 and were brought to the islands by a group of four nuclear-powered icebreakers (50 Years of Victory, Vaigach, Taimyr and Yamal) due to the difficult ice situation on several sections of the route. Icebreakers were used over complex sections of the route with a length of about 400 nautical miles. The total length of the route was more than 2 thousand nautical miles. 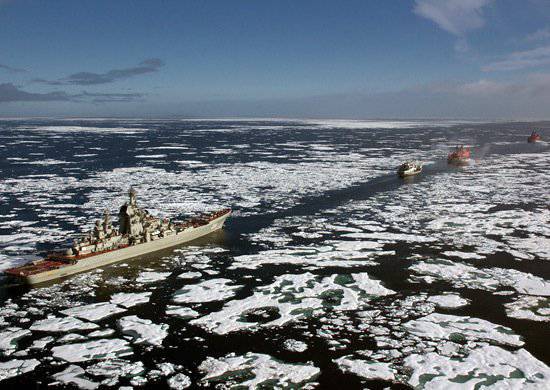 Caravan of ships of Rosatom and Russian Navy

During the movement of the ships a large-scale aviation work with the help of helicopter equipment (Ka-27), which carried out aerial reconnaissance along the route, and also worked out options for landing on nuclear icebreakers. A set of exercises was conducted to test the actions of ship crews with crews of anti-submarine aircraft, as well as training exercises to assist ships in distress in Arctic waters.

The naval grouping (ten support ships and warships) and took the places of anchorage in the water area of ​​the Stakhanovtsev Bay, located on the western tip of the Kotelny Island of the Novosibirsk Archipelago. According to the press service of the Northern Fleet, a group for reconnaissance was landed on the island with the help of a Ka-27 helicopter and special swimming facilities. After the work was done by the reconnaissance team, a decision was made to make a landing on the coast of the Boiler Island with the Kondopoga BDK and the Olenegorsky Miner.

To start the construction work, the corresponding equipment and materials were delivered to the New Siberian Islands. The team was assigned the task to quickly conduct a cartographic analysis and begin work on the construction of the runway of the Temp airfield. Concerning the need to conduct well-coordinated and efficient work, Defense Minister Shoigu spoke out quite unequivocally:
"I really do not want anyone to have to perform feats because of someone's laxity."

Apparently, the minister had in mind, among other things, past experience in starting certain work on the New Siberian Islands, which was frankly unsuccessful. Recall that in September 2012 of the year while landing on the island of Boiler House, the Ka-27 helicopter crashed. Fortunately, in that accident, none of the crew members and the landing party, who was in the helicopter, was injured. The expert group found that the helicopter crash occurred due to jamming of the gearbox. It is reported that the pilots, as they saw them, were driving a car to solid ground, instead of which it turned out to be a swamp. That accident crumpled up the exercises, leaving a clearly negative residue.

This time, no abnormal situations were recorded, and this gives us hope that the work on the Novosibirsk islands will not only be started exactly on time, but also completed on time.

So, why the Defense Ministry may need exactly the Novosibirsk Islands? As already mentioned, at one time seismic monitoring groups operated on the islands. It is obvious that the Soviet experience in establishing earthquake epicenters, which could well have arisen after nuclear tests conducted by other states, is difficult to overestimate in the current situation. The materials remaining from the work of the East-Siberian integrated party of Vladimir Ivanov will allow you to quickly set up work, let's say, in a modern way. In addition, the New Siberian Islands are a strategic archipelago of the Arctic Ocean, on which a polar station operated from 1933. The station conducted systematic research in the field of meteorology, hydrology, geology, geomagnetism. The achievements of Soviet scientists can be invaluable for those groups that are going to work on the Novosibirsk islands today. The unique bay of Stakhanovtsev, which today is used by the ships of the Federation Council of the Russian Federation to select the anchorage sites on the islands, has a unique location. With quality work, the bay can become an important element of the infrastructure of the Novosibirsk Archipelago. 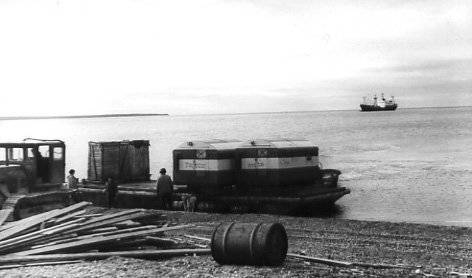 I would like the work on the New Siberian Islands to be carried out in such a way that it does not destroy the truly unique ecosystem of the Arctic lands. Today, the archipelago, which is part of the Republic of Sakha (Yakutia), is part of the protected zone of the Ust-Lensky reserve.

Ctrl Enter
Noticed oshЫbku Highlight text and press. Ctrl + Enter
We are
Russian paratroopers conquered the ArcticRussia is going to take away the right to the Arctic
Military Reviewin Yandex News
Military Reviewin Google News
101 comment
Information
Dear reader, to leave comments on the publication, you must to register.