And the Russians will come to replace migrant workers ...

16 September 2013
150
After Sergei Sobyanin’s victory in the mayoral elections (recall that Sobyanin won 51,37% of votes), the newly-formed mayor decided to mark the fight against illegal migration and the dominance of the so-called guest workers in Moscow. One of the stages of such a struggle should be to attract to the posts that today are occupied by visitors from the "sunny" republics, Russian citizens. According to representatives of the Moscow authorities, in order to reduce the number of foreign citizens who today literally flooded the Russian capital, it is necessary to take certain steps in the labor market. What are these steps? We will try to deal with this initiative in more detail. 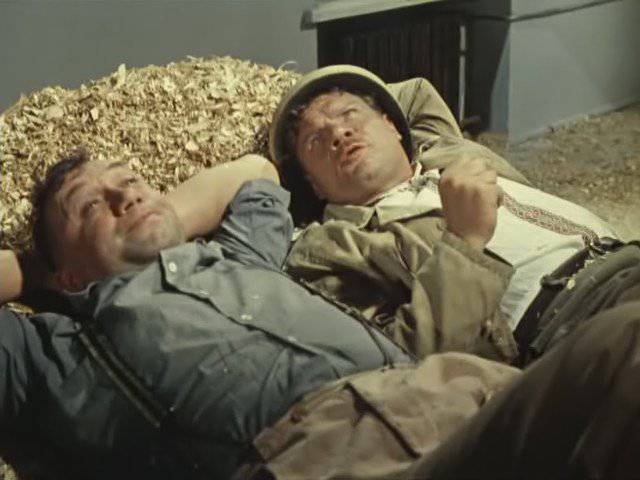 So, in the election program of Sergei Sobyanin, there were items that said that after he was elected mayor, he would begin to carry out active actions in migration policy. The situation in which Moscow is almost a quarter of labor and non-labor migrants who arrived from various republics of the former USSR did not suit native Muscovites (today it is almost an “endangered species”) or other Russian citizens who, shall we say, the situation with dumping in the labor market and the massive entry into the country of illegal immigrants is not indifferent. Realizing that “the people demand action”, Sobyanin decided to start such actions immediately after entering the post.

These actions are as follows: it was decided to transfer the functions of maintenance of apartment buildings from existing management companies to the so-called RSL. The RSGBU is a regional state budgetary institution, which will now be engaged in the capital by hiring locksmiths, janitors, electricians, painters, and other service personnel. For all such RSLBs, a single name has already been chosen - “Zhilishnik”.

It turns out that now servicing work in Moscow will be controlled not by private traders, but by state structures. At the same time, according to the initiators of this innovation, such control must necessarily lead to the fact that the majority of the mentioned service positions are taken either by the Muscovites themselves or by the residents of the territories adjacent to Moscow and the region. To stimulate the flow of Russian (local) workers into the housing and utilities sector, the Moscow authorities decided to raise wages in this sector about two times. It is reported that if today the average salary of a janitor in the Russian capital is officially around 13 thousand rubles per month, then after a kind of reform it will be no less than 25 thousand rubles. The salary of the plumber will increase to 30 thousand per month. In the opinion of the heads of district administrations, this will contribute to the quote: “the replacement of foreign workers” by workers from Russia (Moscow, the Moscow region and the neighboring regions of the Moscow region). Today, such a project is already beginning to be implemented in Lyublino, Golyanovo, Dorogomilovo, Khoroshevo-Mnevniki and other districts of the capital.

The project, of course, seems reasonable at first glance, and to argue with the fact that foreign comrades who have shouldered their fragile shoulders in Moscow (and not only Moscow, by the way) are communal, but in combination also solve their narrowly specific problems in Russia. for what. But on the other hand, we all understand perfectly well that from saying any (albeit three times remarkable) initiative to its implementation, we often have a gulf. The abyss also appears in this case.

The fact is that the Moscow labor market (and in the most diverse areas, not only in the “communal”) has long been divided into spheres of influence. If someone is sure that these spheres of influence are purely state-owned, and at the same time have no relation to the criminal business, then it’s time to make up the naivete of such a person. After all, it would be strange to suppose that before the idea of ​​Sergei Sobyanin, Muscovites simply craved for representatives of the “fraternal peoples” to build, shallow, repair leaking taps and wash entrances in their city, and they were given such an opportunity ... Millions of migrant workers in The Russian capital was not at all profitable for Marivanna and Vanvanich from some Chertanovo or Altufyevo, but for other forces altogether. How? Yes, all the same, who settled Uzbek plumbers, Kyrgyz painters and Tajik janitors, along with their polynomial families, into houses set aside for demolition, basements and attics of high-rise buildings. All the same, to whom it was not profitable to work according to the “white” scheme, paying the wages to the employees, which is reflected in the statement. All those who used such a wonderful tool as the FMS at the moment when, excuse me, the “servants” began to rebel and demand the issuance, and then, oh, horror, wage increases.

Even if we assume that residents of the Ryazan, Orel or Vladimir regions will literally flood the capital in the housing and public utilities sector on 25-30 thousand rubles, even if we assume that they will be provided with comfortable housing that meets all sanitary standards (in particular, The new program of the Moscow authorities), then where is the guarantee that it will suit the above-mentioned stakeholders? After all, it’s for us and we are talking about the fact that citizens with a Russian passport in Russia should receive, as a matter of priority, both workplaces, housing and all social guarantees, but for someone it is generally the twentieth matter ... The first thing is the loss of “bubble ”, Which was excellently“ cut down ”and continues to be“ cut down ”on the same Uzbek, Tajik, Kyrgyz, Moldovan, Armenian, Azerbaijani and other migrant workers, many of whom are not consciously deduced from the status of illegal immigrants. Would a man who, on the brigade of foreign wipers alone, receive a “bonus” in the form of a tenfold excess of his salary income, want to lose such a feeding trough? Of course she won't. And if he does not want it himself, it means that the state structures should help him in this.

And here another question arises: how much is Sergei Sobyanin ready to really break that vicious and saturated with corruption rot system that exists in Moscow? How prepared are the heads of other regions to take the same bold step? After all, it’s not so much the migrant workers themselves, as it is in those who benefit from their mass scale in the Russian regions. In those who open such a road. And there are quite a few who are looking for profit.

But we must not forget that even with the hypothetical “replacement” of migrant workers by Russians in Moscow (and, possibly, other cities of the Russian Federation), the crowds of these same migrant workers are unlikely to board the trains and beat them to their home regions. And if they don’t want to leave, will it lead to a “riot on the ship”, to attempts to stake out a place under the Moscow sun? I do not want to believe it. But after all, the number of foreign workers we have already exceeds the limit (second place in the world after the United States), and if effective measures are not taken now, then sooner or later, the authorities will have to take into account the opinion of this mass, and we will also have to take them into account ... Of course, it is possible to deport ... Even a document regulating this process has been prepared, which states that for two offenses a migrant worker will be sent home. Already not bad. But only twenty-five again: will this mechanism work, or will everything again remain at the level of words, and the process itself will be lowered on corruption brakes. Well, maybe this time they will succeed ... In fact, we still believe in our football team ...

Ctrl Enter
Noticed oshЫbku Highlight text and press. Ctrl + Enter
We are
About record low unemployment in Russia and unwillingness of migrant workers to take an exam on knowledge of Russian language
Military Reviewin Yandex News
Military Reviewin Google News
150 comments
Information
Dear reader, to leave comments on the publication, you must to register.