February 11 2011
3
Information about the prototype of the fifth-generation Chinese fighter J-20, which appeared in early 2011, made a lot of noise. Most of the domestic and Western military observers began to speculate about the successes of China's military-technical modernization, strengthening the country's military power and increasing the pace of turning China into a military superpower. Taking into account the validity of these statements, a careful examination of the new Chinese aviation nevertheless makes one doubt their validity in this particular case.

Undoubtedly, the first flight of the new fighter J-20, which took place just a year later, after the take-off of the fifth-generation Russian fighter, the T-50, showed a major achievement in China’s aviation industry. Its main merit lies in the fact that for the first time China has created something similar to a plane entirely of its development. Previously, all Chinese aircraft were either upgraded copies, or simply variations of early Soviet designs (for example, the J-6 is a licensed MiG-19, J-7 is a variation of the MiG-21 fighter), or created as a further development of these models (FC -1, J-8, Q-5). The main Chinese fighter J-10 was designed on the basis of materials received from Israel on the aircraft Lavi. At the same time, the Chinese practice of copying is doing quite well, and now it suffices to recall the illegal copy of the Russian fighter Su-27, which in China are designated as nJ-15 or KaKj-llB. In the case of the J-20, we first saw the plane, testifying to the original work of Chinese designers. However, this development leaves so far only conflicting feelings.

Externally, the aircraft looks like a kind of a hybrid of design solutions borrowing from different samples of American and Russian 5 aircraft - the American F-22A fighter and the prototype of the Russian T-50 corporation Sukhoi of the unlucky 1.44's MIG X-aircraft - This is the essence of the Chinese approach. It is the “MiG 1990” that seems to be the main inspiration for the Chinese. The glider of the Chinese aircraft is made according to the aerodynamic “duck” scheme and is a monoplane with a fairly high deltoid wing of a large area and horizontal tail located in front. The tail part of the fuselage is devoid of horizontal tail and has two imposing ventral carinae with closely spaced engines. It is this part that looks like it was directly borrowed from the MiG 1.44. Such close attention to the prototype aircraft rejected in Russia is rather odd - especially considering that many aerodynamic solutions of the domestic aircraft repeated on the J-1.44 (large underfielder keels, front horizontal tail) come into clear contradiction with the requirement for the aircraft to be inconspicuous. 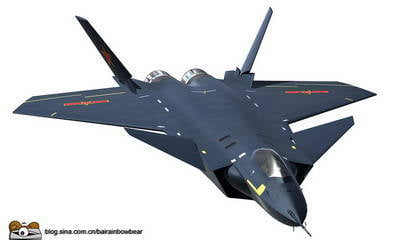 Surprise and the size of the Chinese fighter. J-20 overall size of both fighters 5-th generation of Russia and the United States. Approximately its length reaches 22 m. With a wingspan of 15 m. The American F-22A has a length of 18,9 m. With a wingspan of 13,56 m., The Russian T-50 is equal to 20 m., And its wingspan is 14 m. With all this, the J-20 has an unusually thick and massive fuselage, front horizontal tail and a large wing area. The maximum take-off weight of the car is estimated at 40 t. The Chinese plane seems frankly overweight and “bloated”.

These remarks are particularly contrasted with another well-known Chinese problem — the country's lack of suitable engines for a fifth-generation fighter. Until recently, China was forced to buy Russian engines of the AL-31F series (installed on the Su-27) for its J-10 fighter. Working out in China of its engine of the same class WS10 (most likely, partially based on the domestic AL-31F) capable of boosting thrust up to 13 t. Is facing great difficulties. Currently, there are serious doubts about his capacity. But the main thing is that even the WS10 engine is clearly weak to provide the characteristics of a fifth-generation fighter with the following characteristics: supersonic speed without boost and super-maneuverability.

Engines of the AL-31F or WS10 class are insufficient in their power even for the more compact and light Russian T-50 fighter. It is no coincidence that the lack of a powerful 5th generation engine (similar to the American Pratt & Whittney F119 installed on the F-22A, capable of developing up to 18 tons at afterburner and providing 12 tons in cruise flight mode) has turned into the "Achilles' heel" of the entire Russian programs. Our country is still forced to use on the T-50 the engines of the project 117C developed by NPO Saturn, which have a thrust in the afterburner mode up to 14.6 tons with the prospect of increasing it to 15.5-16 tons.

In the PRC, as we see, on the one hand there is a frankly overweight and overall fighter, which has, at best, WS10 type engines that are absolutely not suitable for the 5 generation. On this basis, the J-20 in its current state, in principle, cannot achieve the flight characteristics required for a fifth-generation aircraft, and the ability to maintain its supersonic cruising speed on it causes only a grin. At the same time in the Chinese segment of the Internet go patriotic information about developed engines WS15, which are capable of producing upstream to 18 tons. According to experts, the current level of Chinese engine-building casts doubt on the production of such an engine in the near future. It is not by chance that last year China was actively negotiating the purchase of 117С engines in our country and even received preliminary agreement for this. 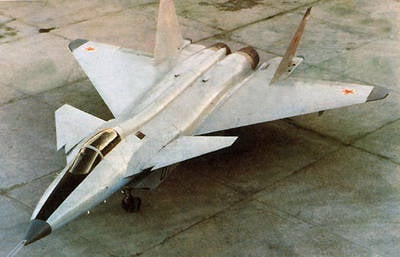 The same significant doubts are caused by the possibility of China in the near future to produce fully-fledged competitive onboard radio-electronic equipment for the 5 generation fighter. We are mainly talking about the on-board radar complex with active phased antenna arrays. There are reasonable doubts about the availability of a modern weapons complex. It is known that the most advanced Chinese medium-range missile PL-12 (SFMO), which has an active radar homing head, has been practically created in Russia and is manufactured in China with deliveries of a number of key elements from Russia.

Proceeding from this, the J-20 fighter presented in China cannot be a full-fledged prototype of the fifth generation and is unlikely to ever become one. Even if you do not take into account the problems with the engines and on-board electronics, the current J-20 needs a significant or even complete redesign. In its current state, it represents a kind of "demonstration of technology" and on perspective it is not far from the ill-fated "MiG 1.44", with which it has much in common. This is his main thing from the completely “honed” and looking very perfectly Russian fighter T-50, which from the very beginning did not leave the observers any doubt that they face a genuine future combat fighter.

The appearance of J-20 tells us that the Chinese aviation industry is only at the stage of searching for its handwriting and is still widely resorting to borrowing from foreigners - now not entirely, as in the case of the Su-27, but in parts. This is the current corporate identity of China. At the same time, it is absolutely not clear whether this path will lead to the creation of efficient and workable products in such a complex area of ​​production as the creation of modern aviation complexes.

In any case, today talk about any “Chinese breakthrough” in aircraft manufacturing is greatly exaggerated, their J-20 aircraft, rather, suggests that such a breakthrough in modern China is impossible at the current pace of development of the industry. What will happen in 15 in years is difficult to say. But at the moment it is absolutely clear that T-50 and its creators have an ample temporary odds for our country to become the second power in the world to build a full-fledged twin-engine 5 fighter.