Is it time to take Syria to the CSTO? 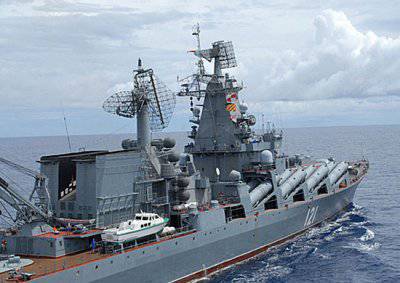 Now the focus is on the struggle around Syria on the fronts of foreign policy. Because of this, the work of the military, both ours and the Syrian, has faded into the background. How is the war going on now with the bandits, what does the Russian fleet do nearby and what does the American fleet do? What is it all about?


US Navy forces in the region remain unimportant. One American aircraft carrier group is in the Persian Gulf and will not be able to take part in a strike on Syria - the flight through Iraq and Jordan is closed. The second is in the Red Sea and can use Israeli corridors. But there are only 48 fighters - not enough against Syria.

In the Mediterranean Sea there are a landing ship and five destroyers, but two of them go home. Perhaps there is also one or two nuclear submarines (nuclear submarines). As a result, the number of Tomahok cruise missiles on all of these ships is hardly more than 200–250. This is too little against Syria. Of course, there is an option to use strategic Aviation- but there are problems too. In general, while the American forces are too few to cause serious damage to a country with such air defense, as in Syria.

Meanwhile, Syria is actively pursuing measures to disperse troops, deploy air defense assets to other positions other than peacetime. Moreover - most likely, the position will change more than once. Measures are being taken to disguise and locate vehicle mock-ups and create a jamming environment for cruise and other missile guidance systems in all ranges.

Aviation is dispersed. Moreover, in recent days, the activity of the best part of aviation has sharply increased - the MiG-29 and MiG-23MLD fighters, which have not participated in the war so far. Some parts of the ground forces are also actively dispersed in spare areas. Indeed, more than half of the Syrian army does not participate in the war on terror, but holds the borders with Israel and Turkey or controls free areas.

In the previous article, "AN" has already considered the means by which the Syrian army can repel the attacks of cruise missiles and US aircraft, or significantly reduce the consequences of an attack. Now it seems that the Syrians do not intend to sit down in a deaf defense. They are already leading a psychological war.

Recently, Syrian warplanes flew Cyprus flights around the British air base Akrotiri. The first time was a pair of MiG-29CM fighters, the second one was a pair of Su-24MK bombers. They did not show any hostile intentions, and after they were lifted from the base of NATO fighters, they turned home.

Such visits demonstrate that Cyprus, located in 100 miles from Syria, is under attack by long-range missiles, which, in addition, will not come without an escort. And they will not need to fly far, considering the range of the missiles.

A good hint to Cyprus is that you should not be allowed to use your bases to attack Syria. Nicosia, however, immediately stated that it prohibited it. Also, these flights showed the Americans that their ships, even keeping out of the 300-kilometer zone from the coast of the SAR and thus avoiding the destruction of the coastal Yakhont anti-ship missiles, would still not be safe.

Back in February of this year, the largest Russian inter-naval exercises took place off the coast of Syria. fleet. In their course, a grouping of 32 pennants of combat and auxiliary ships and ships, as well as submarines was concentrated. Since then, from 6 to 16 of our ships have been constantly off the coast of Syria.

At the moment, allegedly according to a planned rotation in the Mediterranean, Russian ships are being shaken. Recently, the Mediterranean squadron was headed by a large anti-submarine ship of the 1155 project “Adm. Panteleev ”- he will pass the flag of the commander when the missile cruiser“ Moscow ”arrives. He canceled the planned visit to Cape Verde and headed to the shores of Syria. The Varyag rocket cruiser of the same type will also “jerk” across the Indian Ocean to the Mediterranean Sea after the end of the visit to Australia.

A projectile destroyer of Project 956 “Persistent” is leaving the Baltic. The region continues to expand the fleet of large landing ships (BDKs) - there are already seven of them. Part of the ships goes within the framework of the “Syrian Express” to Tartus. They are "packed" with weapons and ammunition to the maximum. Another - cruises off the coast of the SAR as part of a squadron. They are loaded with marine corps and its equipment. Each BDK, depending on the project, carries either 1000 tons of cargo, or 20 tanks, or fifty units of equipment, or 500 tons of cargo, or 10 tanks, or 20 units of equipment. And at the same time to the battalion of marines.

In the coming weeks, representatives of the "mosquito forces" will come from the Black Sea. A big rocket boat P-60 was recently in Syria with a brief visit, and now two “dangerous kids” are expected to approach - the large rocket boat Ivanovets of the 12411 project and the small rocket ship Shtil of the 1234 project (of the same type as the famous Mirage). The “little ones” are likely to be placed in Tartus and will provide base security. Yes, and four supersonic anti-ship missiles "Mosquito" and six "Malachite" will not be superfluous.

Concentrated in the region and submarine forces. Their presence is no longer denied by the Russian command. Of course, no one calls specifics. According to American data, in the squadron there are one or two “aircraft carrier killers” - nuclear submarines of the 949A “Antey” project (also known as “baton”). His heavy supersonic anti-ship missiles “Granit” are capable of cracking down on an entire aircraft carrier mix. Most likely, such boats are accompanied by two or three multi-purpose submarines of the 971 project.

In total, not counting submarines, a dozen and a half ships and vessels of the Russian fleet are already in the region and a dozen or more more will be there in the near future. A few days ago, a Chinese detachment of ships appeared near the Syrian coast. It consists of an 25-thousand-tonnage helicopter-landing ship-dock, a destroyer and a supply ship. On board the landing craft are a battalion of marines with equipment and several helicopters.

“If the strikes start, we will help Syria,” V. Putin stated. But what can we do? Much! We can quickly restore all the weapons that the Americans can destroy. And prevent Moscow from delivering weapon Washington will not be able to. Therefore, in the case of a long air war, Americans can get another Vietnam.

In addition, our ships are able to provide early warning of Syrian air defense missile attacks. Recently, the fleet, together with the radar station in Armavir, already did this during the launch of Israeli missiles in the Mediterranean. It is also possible to supply Syrians with information about sea targets and carry out jamming, say, under the guise of exercises.

And the Americans will not be able to let cruise missiles "over the head" of our fleet - this can be perceived as an attack. The leadership of the Russian Ministry of Defense has already subtly hinted that “God forbid, a rocket will fall into our ship”, noting that in this case “the consequences for the ecology of the region can be dangerous.” So you have to bypass. True, the wall in the sea of ​​the ships can not be built, so somewhere fly.

If there is a danger of a real invasion or massive strikes, you can enter into Syria, by mutual agreement with the legitimate government and on the basis of the 1980 Agreement of the year, your units, ensuring the integrity of the country from external threats. Although this step will be costly in terms of political consequences, and it is unlikely that it will go.

“Get ready for anything!”

Do not sit around and the Syrians themselves. They paid special attention to the creation of security zones at large air bases, for example, Mezza near Damascus and the international airport. Roads and paths under which militants can break through to the capital are taken under control, mining and defense engineering preparations are carried out. The operation itself under Damascus is called "Shield of the capital."

In an interview with the American media, Bashar Assad made it clear that during the US attack “should be prepared for anything.” There was information with links to unnamed sources in the Syrian army that allegedly several dozen sabotage groups of Syrian special forces with a total of up to several hundred fighters equipped with everything necessary have been withdrawn to the US territory. They are legalized, have various non-suspicious types of appearance (for example, Asian or European), know English well and have already been to the United States and adapted to the country.

They say that in the event of strikes against Syria, these groups will attack the infrastructure of the United States, causing enormous damage and causing chaos. We are talking about power plants, substations, hydrotechnical nodes, railway stations, oil and gas and military facilities. But the civilian population will not be attacked.

Allegedly, this decision was made by the leadership of Syria, based on the experience of Yugoslavia, Iraq, Libya. Damascus made the right conclusion - they do not benefit from deaf defense. Is Syria able to do this? It may well be that yes. In any case, the Americans are not ready for such a war, despite all the antiterrorist hysteria.

How to get out of zugzwang

The American leadership has driven itself into a dead end unreasonable rhetoric on the subject of the alleged chemical attack. Recently, however, Washington has a chance to save face (but not everything else). The leaderships of Russia and Syria offered to “take Syrian chemical weapons under international control.” It must be assumed that both among the UN “supervisors” and among the troops guarding them will be Russian and Chinese, and in significant numbers. Moreover, the troops of Russia and China are already near - on ships.

The Americans at the time of this writing have already lowered the degree of rhetoric and, despite Kerry’s confused and contradictory statements, made it clear that they support the idea and are ready to “postpone” the blows for an indefinite period. Of course, Syria will need specifics and guarantees against attacks, including from Israel or Turkey. It seems that the best option in this case would be the statement of Russia, already having the Treaty of Friendship, Cooperation and Mutual Assistance, with the statement that the sovereignty and territorial integrity of the SAR are guaranteed by Moscow. Or - the adoption of Syria in the CSTO. Let's see what this initiative will lead to.

Ctrl Enter
Noticed oshЫbku Highlight text and press. Ctrl + Enter
We are
5-I operational. Interview of Admiral Retired Selivanova Valentin EgorovichOpinion: Why nuclear submarines of the 705 project were not needed by the fleet
Military Reviewin Yandex News
Military Reviewin Google News
73 comments
Information
Dear reader, to leave comments on the publication, you must to register.