“The question now is whether there is Russia at all in the Arctic!” 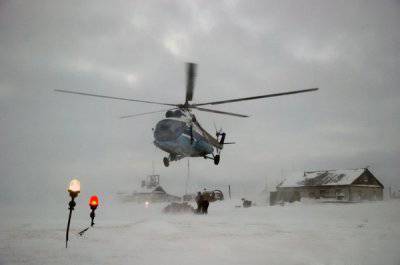 The 11-th International Exhibition and Conference on the Development of Oil and Gas Resources of the Russian Arctic and the Continental Shelf of the CIS Countries (RAO / CIS Offshore) opened in St. Petersburg. We remind you that the deputy chairman of the Russian government, Dmitry Rogozin, recently said that if Russia does not enter the Arctic, others will do it. “The Arctic is great reserves, which, in the context of reduced access to energy, will increasingly attract great countries,” the deputy prime minister added. Especially for "AN" to the question "There is nowhere to retreat - is the Arctic behind us?" Answer ...


Anatoly Sitnov, Deputy Head of the Commission of the Russian Union of Industrialists and Entrepreneurs for the Military-Industrial Complex, Former Chief of Armaments of the Armed Forces of Russia (1994-2000), Colonel-General of the Reserve:

“If in the Barents Sea they sold 175 thousand sq. kilometers along with Svalbard, then maybe they sold something else ... "

- In Soviet times, the Arctic was the main object of study. This concerned the movement of ice, and their melting, and undercurrents, but the continuation of the Eurasian and American platforms was mainly studied.

The question now is whether there is Russia at all in the Arctic! After all, they push us out just from everywhere. So from the point of view of state policy, Rogozin announces that he has long been announced. We have abandoned the Arctic, and now we are launching an offensive.

If you raise history When the Shtokman field began to be sold to the West, it turned out that the North had already been divided among themselves by the powerful. If anyone remembers, there was a meeting in which the United States, the Netherlands, Norway and England participated, who, without Russia's participation, determined what to do in the North Sea.

But the Eurasian platform of Russia is the main one in the fields in the north, and, of course, it’s simply impossible to give it to someone else’s order! And what should we do?

I recently passed MAKS-2013, and in order for us to have the right to call the North ours, we need Mig-31, Tu-160 and everything else - and without that nothing will happen.

But if we talk about mining in general, then it probably makes sense to think about whether there were any additional agreements that we do not know about. And if in the Barents Sea sold 175 thousand square meters. kilometers together with Svalbard, then maybe they sold something else. Although no one knows about this. Therefore, the statements of Rogozin that we should return to the Arctic are just nonsense! After all, we never left it.

And do not talk about the need to restore the Northern Sea Route, linking the Far East with the center. It is necessary to restore the presence in the north, to restore the radar field, airfields, etc. For conversations about the "pantry" that is there, already just crammed!

Maybe we are ready to give all this to America and China? No, I doubt that we can go for it! Today’s President Vladimir Vladimirovich, I think, will not allow this.

So do not “go back” anywhere. It is necessary to continue the work and development of the Arctic region of Russia.

Vladimir Rubanov, a member of the presidium of the Council on foreign and defense policy, the former head of the analytical department of the KGB of the USSR:

“If someone craves money, he will have money and nothing but money”

- Decisions should be made by politicians who think not in terms of the benefits of today, but in historical categories. But power is now with the holders of resources, and the security forces are forced to work according to the rules developed by these holders.

The dominance of the security forces in symbiosis with officials focused solely on serving their own profits, leads to the ousting of the creative apparatus from the state apparatus.

But a region like the Arctic cannot be approached only from the point of view of economic interests: they say, how much we invest, how much we get, etc.

If someone desires money, he will have money and nothing but money. This is roughly the current situation: there is money, there are no ideas, there are no people, and there is no creative resource.

Until the state has a creative idea, until the realization that creative people make up the salt of the earth wins, nothing will come of it. So far as the Arctic is concerned, it’s primarily about Russia's prestige ...

Leonid Ivashov, President of the Academy of Geopolitical Problems, Doctor of Historical Sciences, Colonel-General of the Reserve:

“If we don’t have military force there, they will take away everything”

- The Arctic is a huge accumulation of resources, so there will be a rather tough debate about the ownership of these hydrocarbon reserves. If we do not defend this region with the help of military force, then ships will simply come there first and take this territory under protection, then various “exploration” companies will appear, etc. And we will write to the UN ...

I think that in the near future there will be a powerful political and legal dispute with the use of economic levers and the possibility of some demonstration of the armed forces. Of course, the parties claiming these stocks simply overestimate the bar of their positions so that later in some kind of compromise agreement, they say, to get their share.

And, nevertheless, in the polar circle today we need to build a certain balance of power, perhaps involving China, which is in dire need of resources. And if we don’t have military force there, they will take everything away.

Gennady Schmal, President of the Union of Oil and Gas Industrialists of Russia:

- In the Barents Sea, we still have an 10% explored structure, and in other northern regions even less ... But only one Shtokman field has more than 3 trillion. cubic meters of gas, that is, you can easily extract 100 billion a year, and the field on the Yamal Peninsula shelf generally contains about 11 trillion. cubes.

That is, there it is possible to produce such volumes of gas, which we lack both for our own needs and for the supply of Europe.

Ctrl Enter
Noticed oshЫbku Highlight text and press. Ctrl + Enter
We are
What you didn't want to know about EnglandThe race for the Arctic is accelerating. Whose Russian North will be?
60 comments
Information
Dear reader, to leave comments on the publication, you must to register.