Nowhere to "wake up." On the inevitability of a new political language for the West and Russia 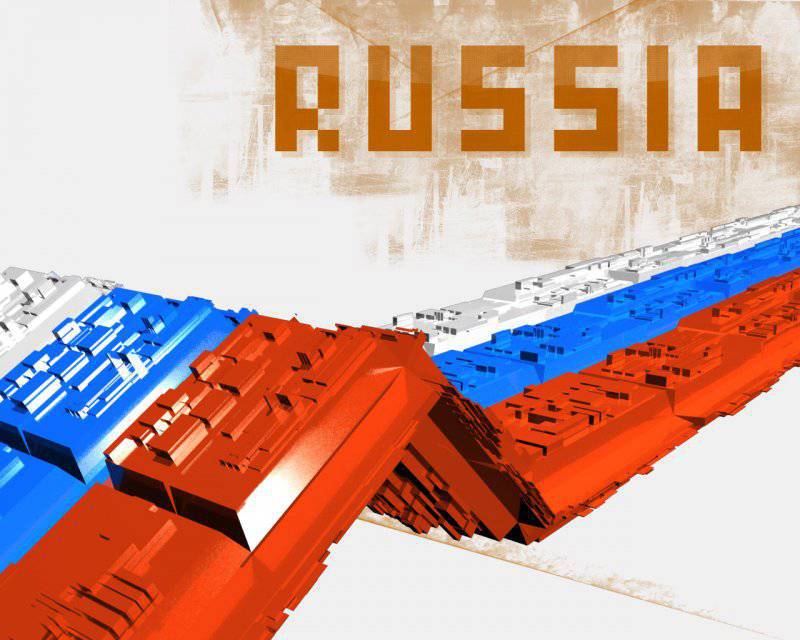 
Recently, in the wake of the confrontation between societies and the leadership of Western countries on Syria, the gay boycott of our Olympics and other topics related to Russia, entertainment such as reading and reprinting the opinions of ordinary Western readers of Western media articles has spread in Runet.

From reading these opinions ("Now I begin to respect the Russians," "Damn, we just run out of arguments against this KGB officer," "Jesus, what we have reached! The Russians defend our traditional values ​​better than us!") Many have the impression that America (France, Britain, Eastern Europe) is "slowly waking up."

If you are wondering what these opinions actually show, let's talk about it.

The point, in short, is. We have already written about the fact that Western elites operate with not quite adequate concepts. The fact that the Eastern European elites who repeat behind them like their asses are even more inadequate - too.

But there is a nuance. The comments of Western readers - so nicely approving of Russia - painfully demonstrate the same inadequacy. All these simple Western guys with a conservative bias, who are against wars, gay propaganda and the dictatorship of Wall Street, use the “conceptual alphabet” from some past era. More truly, even from several.

For example, they scold Obama for the fact that attention is a communist. And they add a hammer and sickle to it on their demotivators.

At the same time, American conservative commentators blamed Communist Obama also for the fact that the laying of Wall Street - the citadel of Jewish speculative capital, bought the US government in the bud.

At the same time, they curse the communist and the litter of speculators also for the desire to fight for the Islamists, because the Arab sheiks also bought the US government at the root.

It all means: “ordinary Americans” also have no adequate language for describing the modern world.

That is, the inability to identify phenomena and call them is a problem not only of the conditional “Western elite”, but also of “civil society”.

That is, in the strange throwing that engulfed the Western world, we are not just seeing a crisis of elites. This is a crisis of the elite production system itself. And since the elites are formed for specific values ​​and goals, this means that they have problems with the production of goals and values.

Roughly speaking, until recently everything was simple and clear. The highest value in the world is labor. Those who work hard have a lot of money. Who has a lot of money - that and power. Who else deserves it, except for workaholics.

And we will be fair. This formula at one time spawned a great American business.

And when, for example, the great American business mastered the new boundless country of America, built cities and laid railroads - the formula worked: the money really was for those who worked on development tasks, and naturally they were transferred to power.

And relatively recently, when the great Western business was engaged in the "neocolonization" of the rest of the world, including Eastern Europe and the former USSR, and seized its markets - this formula also has not yet disproved itself. Let then not only the tasks of development, but the tasks of mastering external spaces were solved - but there was no expansion in this.

But now, having survived its peak and having fallen into a global crisis, this formula for selecting elites and goals generates natural glitches. Because the money that the authorities here and there end up in the hands of groups and individuals who received them according to the rules of Western society, but all the others (the main ones, in fact) saw their values ​​in a coffin.

It was not only financial speculators or gay lobbyists from this very world that got into power over the Western world, but the types were completely outside it - like the oil billionaires from the Arabian Peninsula. Which European civilization installation development and knowledge to the lantern.

The degeneration of the formula "labor-success-power" in the so-called. the civilized world is manifested in a whole placer incidents - from small to global. From last year’s Christmas tree scandal in the Danish town of Kokkedal, where it was forbidden to celebrate Christmas with Muslim taxpayers in the local council. And up to the global glitch, under which the US administration, 10 for years, fought tightly against Islamist terrorism, today this terrorism - in its literally cannibalistic form - supports it in its struggle against a secular tolerant republic.

…So. These glitches, of course, the Western "simple guys" and the conservative publicists generated by them are aware. But at the same time, the very buggy formula is stitched in their basic worldview. And therefore, it is as possible to dispute it for them as it was for the late Soviet conservatives who opposed the “people's fronts” in the national republics and the “Yeltsin democrats” in Moscow, it was possible to critically rethink Marxist dogmas in the only known Suslov edition.

As a result, the war of words of these Western conservatives for returning to good old America (or Europe there) more and more resembles the hopeless heroic war of words “Anpilovskie attendants” for our Soviet homeland in 90.

“Anpilovskie grandmothers”, drawing posters against the dermokrats and unwrapping red banners on the avenues, also did not notice that they were marching among the very specific redistribution of privatized state property, hindering the passage of jeeps. They did not notice that they speak the language of a dead reality, using concepts that are insignificant for their own children and grandchildren, who are busy surviving and embedding in a new ugly world.

The current Western "conservatives" - about whom they write about us saying that it’s necessary, America is slowly waking up - in many of its manifestations the same Anpilov activists. Only with the Internet and own radio stations instead of leaflets and newspapers sold at the metro.

Just as our belated conservatives appealed to the times of “correct socialism,” they appeal to some times of “fair and honest business,” when speculators were separated from normal businessmen and did not have the will.

They have their own Stalin (by the name of Roosevelt), who, I remember, pressed these speculators.

And even there are recipes for restoring justice that are thrifty, like “restoring Soviet power and returning enterprises to the people” - for example, I don’t know, “canceling the Bretton Woods system and returning to the gold standard.” And the other arsenal of concepts that seem to have meaning and significance, but - have no mechanisms for practical implementation.

And this, dear readers, is the very case when America (France, Germany, Britain) has no place to wake up. For the language of their “traditional society” describes 2010's reality is no more practical than the language of “Labor Russia” of the middle of 90's - the reality of privatization. That is, the emotions seem to be correct, but not applicable to practice.

Well, simply because all their honest labor capitalism was just the same development tool as our Stalinist labor Marxism. And not the main content of the development. And the tool is good only when it solves the tasks set by the era in an adequate way.

And if the prescription of salvation offered to them by society is reduced to the fact that society should cease to be as it is now, and with a strong effort to wind back, at the moment when the formulas worked, then the tool is outdated and has become obsolete.

Today, in developed countries, there is no longer the agrarian-industrial majority, nor the giant draft armies, nor the threat of overpopulation, nor the constant threat of epidemics with crop failure. So, the era poses no tasks at all that a hundred years ago, when all this happened. Now the majority is occupied by others, and the armies have become a tiny tech-based class, and overpopulation is not visible. And the very concept of labor has now changed, and the concept of well-being, and even the concept of property.

Now the era is much more interested in how to build a new techno-layout; how to make mass research work; how to translate into reality his work and how to synchronize with each other obtained in the branching branches of knowledge; how, at the same time, one should not lose the cultural unity of society and preserve its very reproduction at a simple biological level.

In the face of these tasks, many confrontations become irrelevant. Including such venerable ones as enmity between “private initiative” and “communism”, between “religion” and “secular state”, between “individual freedom” and “public interests”. In the new world, individual freedom can easily be in the interests of society, the implementation of communist ideals desperately requires private initiative, and religion and a secular state clearly need each other to survive.

This means that any society that claims the status of an advanced one needs a new set of conceptual tools. Which would cease to sculpt contradictions where there are none, and could embody the original basic values ​​in modern reality.

There is no such new language of concepts in the Western world. They all think "dictatorships", "democracies", "free enterprise" and "government intervention", and measure well-being in dollar GDP per capita.

But, oddly enough, the chances of being the first to invent this language are with us. Far greater than that of the more informationally and intellectually powerful West.

Because we, unlike him, have no ideology yet. So, we just start from scratch. And not from the minus, which is undoubtedly the ideology that exists, but deeply inadequate.