14 September 2013
23
The helicopter as a carrier of the radar is noticeably inferior to the aircraft: it has less loading capacity, internal volumes, flight duration, and speed. But he does not need an airfield! 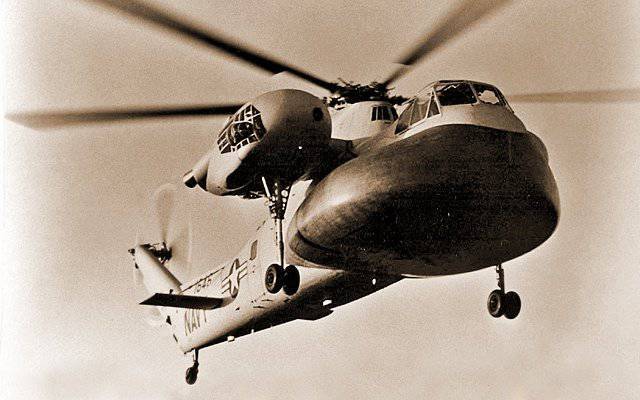 The first AWACS helicopter was made, of course, by the Americans, and the helicopter was, of course, Sikorsky. In 1957, the AN / APS-20 radar was installed on the largest in the then America Sikorsky HR2S helicopter. Even for two helicopters, which became HR2S-1W and decorated with nose cones. However, the vibration so worsened the work of the radar that the idea was not developed, and it was decided to transfer the long-range radar coverage for marine corps naval deck aviation. 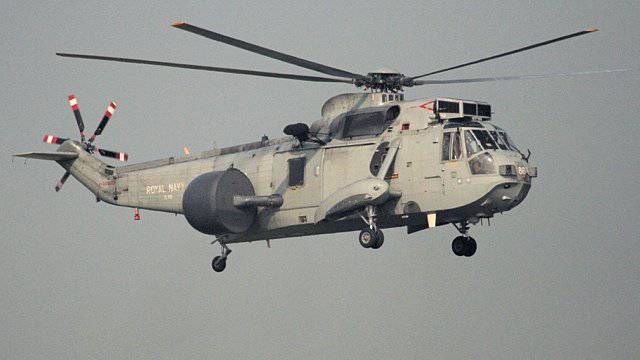 The British, who had eliminated their carrier fleet by the end of 1970, had no one to pass on these tasks, and the Falkland War showed that the AEWS at sea (and not only) was important and necessary. In emergency mode, two Westland Sea King HAS.2 anti-submarine helicopters were refined by installing a searchwater radome on the starboard side. This radar was not too superior to the AN / APS-20 by combat characteristics, but it was much lighter and more compact and somehow managed to cope with the detection of air targets (although, based on its name, it was “sharpened” to search for surface targets , and could not follow the high-speed aircraft). Ersatz was named Sea King HAS.2 (AEW) and was hastily transferred aboard the aircraft carrier to Falkland - but he did not have time to go to war. In 1985, Invincible-class cruisers, in addition to the Sea Harrier vertical take-off and landing fighters, launched Sea King AEW.2 AFLO helicopters, also converted from HAS.2, later several Sea King HAS.5 underwent a similar modification of AEW.5 steel.

A normal DRLO helicopter capable of actually detecting attack aircraft and enemy cruise missiles was only received by the British in 2002, as a result of the Cerberus project, during which the previously built “Sea Kinga” DRLOs were upgraded by installing the Searchwater 2000EW radar in the AEW.7 modification (they are also ASaC .7). It is expected that by the 2016, they will be replaced by an AWRL helicopter based on AW101, and the radar and electronics on it will be the same.

In the USSR, interest in early warning airborne aviation systems also arose after the Falkland War, and the design of the corresponding aircraft (which ended in nothing) and helicopters began. And here, on the whole, they went along the British route - they supplied the Ka-801 transport helicopter, which in turn was based on the anti-submarine Ka-29, with a powerful E-27 “Eye” radar with a phased array. The result was called the Ka-31, the antenna in the parking lot is in the folded state under the belly of the helicopter, its combat panel rotates to provide a circular view (while the chassis does not interfere, is tightened). 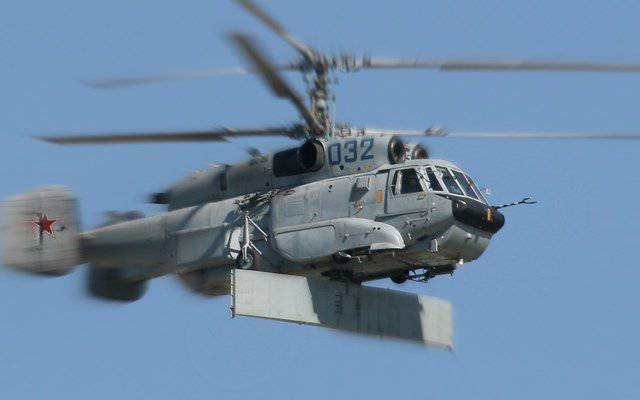 In the combat position of the radar, the helicopter should either be hovering or move at low speed (it was possible to stabilize the helicopter in motion at speeds up to 100 km / h with such a “suspension” with great difficulty): the antenna has no fairing. Yes, it is meaningless with such dimensions, and the dimensions of the antenna largely provide good radar performance: detection of sea targets at distances up to 250 km, air fighter class - about 150. Plus an automatic data transmission line to the ship and the possibility of using a helicopter for over-the-horizon target designation of cruise missiles. Of course, this cannot be compared with the capabilities of Hokaya, but thanks to the combination of a fairly powerful radar and a perfect carrier, the Ka-31 is by far the best DRLO helicopter. Despite this, there are no such vehicles in service with the Russian fleet (although the experienced ones flew from Admiral Kuznetsov at one time), since there is no money to purchase them.
But India and China, who actively buy such helicopters, have the money; other foreign customers are also asking for it. However, after concluding a contract on the Mistrals, the domestic military decided to purchase several Ka-31 for them, but in a slightly modernized form.

The French AEW helicopter made its way for a long time. Back in 1986, the Orchidée radar was installed behind the ramp of the Aérospatiale SA 330 Puma helicopter. The system was intended, however, for ground use in the interests of ground troops and the Orchid was sharpened to work on ground targets (and low-flying air, for example, helicopters). 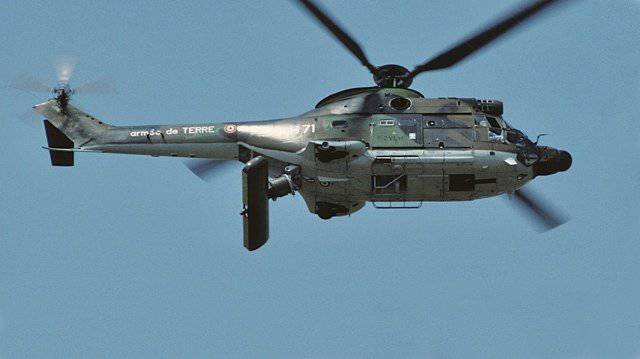 In flight, the rotating antenna was extended below the helicopter's body, and with the issued antenna (much lower than that of the Ka-31), the flight speed could reach 180 km / h. The helicopter transmitted data to the mobile command and control station. 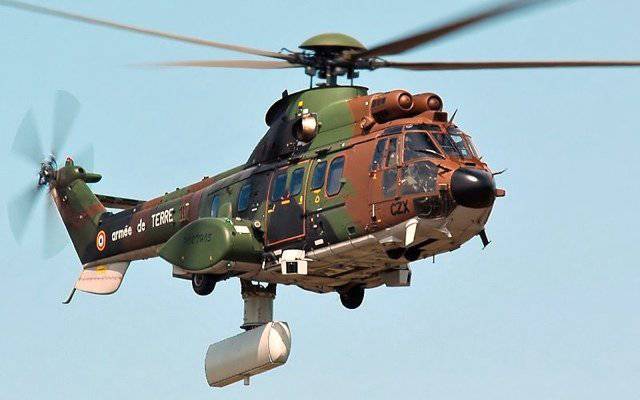 The program was closed in 1990 (partly due to the inability to achieve the desired results in range), but the experimental complex was sent to the “Desert Storm”, where its capabilities turned out to be very much in demand by the troops. As a result, the program was resumed, and the French army received four DRLO helicopters - but this time the base for them was AS.532UL Cougar, equipped with an advanced radar program Horison. The full deployment of a complex of four helicopters and two ground command posts was carried out in 2002, but already in 2008, the Horison system was decommissioned to reduce costs.

The technology probably came to China (or the Chinese decided to try to copy it themselves). In 2009, photos of the Z-8 helicopter (Chinese version of the French Aerospatiale Super Frelon) appeared, behind the ramp of which there was a certain rectangular container, which resembled a Horizon antenna. The purpose of this helicopter is not reported, but it may be a "ground" system for ground forces, like the French, and "sea" to equip aircraft carriers. However, the decision to acquire the Ka-31 indirectly can serve as proof that so far the progress in developing its own Chinese AEW helicopter is rather modest. 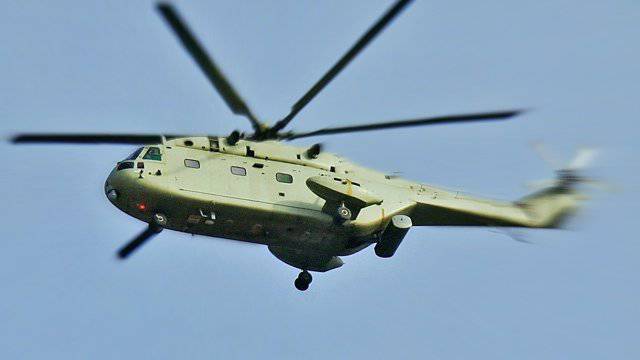 The Chinese are also interested in the deck aircraft of such a destination, in particular, the data on the Yak-44, on one of the Chinese bases something very reminiscent of the American “Hokai” (probably a full-size model) was noticed, but to create something similar to them in the near future is hardly whether succeed. After all, according to Chinese tradition, to begin with, the DRLO deck aircraft (or at least, the deck aircraft of appropriate size) must be bought somewhere, and the United States, the only country producing such, is somehow not going to sell it ...
But many who make ground-based DRLO aviation complexes, about them - next time.