The national idea of ​​Russia should be the freedom of the Russian people. 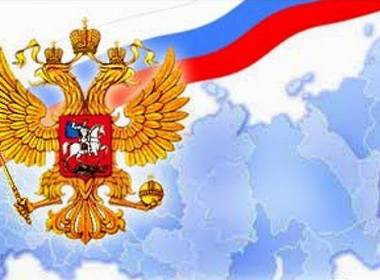 It should contain the basic Russian values: Freedom, Creativity, Spirituality


Russia finally has a national idea, reports the newspaper Izvestia. It was developed in the Presidential Council on Interethnic Relations. A concept came out of the officials' pen, which suggests that preserving the health of every citizen is a contribution “to the general gene pool of the Nation,” serving the Fatherland is “the highest guideline for a citizen,” business must become “green and socially oriented,” and indeed to Russians it is worth reviewing your priorities and putting "the spiritual over the material."

Citizens are also urged to “realize historical Russia's mission as a translator of justice and creation, support and support for hundreds of large and small nations around the world ”,“ to honor the past, value the present and build the future ”, as well as“ not to have something, but to be someone in life ” .

The thoughts themselves are probably not bad, but it is clear that the authors do not understand what a national idea is. They think that the national idea is a code of ethics. Say, behave well, do not behave badly, help others, do good ...

But the national idea is different. What is the "American national idea"? This is the so-called "American dream". What is its essence? The fact that anyone who came to America, regardless of religion, nationality, color, etc., can achieve success and prosperity. The son of a simple Soviet professor Sergey Brin became a billionaire in America and co-owner of a giant Google. This is the embodiment of the "American dream". "Who was nothing, that will be all." But not in the sense of “expropriation of the expropriated”, but in the sense of becoming a rich, educated, modern person. America still stands on this dream, even though it has faded in recent decades.

What does this mean? The fact that a national idea is not an ethical code, but a formula of freedom. You will come to America, and she will give you the golden mountains. Americans still celebrate Thanksgiving. What is the meaning of this holiday? The first settlers after a hungry winter unexpectedly received a rich harvest. As a token of gratitude for him, they established this Day, which has been celebrated as a public holiday since Washington. Free labor in a free land is the ideal.

So, if we want to formulate a national idea, we must “dance” not from the ethical code, but from the ideas of freedom and prosperity. What benefits does God give to those who become "Russian"? What freedom does the one who binds his fate with Russia and the Russian people receive?

The answers to these questions, oddly enough, were. They spoke about spirituality, about the special intensity of friendly and intellectual ties in Russia. Say, Russia is a holy land, where people in a special way feel their closeness to the Lord. "Depressed by the burden of the cross, all of you, my own land, in a slavish form, the King of Heaven proceeded in blessing."

All spoiled the preaching of slavery and poverty. They began to say that Russian spirituality is to live in hunger and cold, but to help other nations build communism. By the way, in the concept quoted by Izvestia there is this rotten idea. They began to say that Russians, unlike other nations, need neither wealth, nor well-being, nor freedom. Say, harnessed to the eternal yoke of the Russian only and must do that to pay for the celebration of life for others.

Of course, such a “national idea” could not fail. A hungry person cannot be highly spiritual, as a slave cannot be. First you need to free yourself. I anticipate objections: what about Christians? After all, religion went to the slaves. Yes, but only a slave who converted to Christianity is no longer a slave. At least psychologically. Who is a slave to God is no longer a slave to people.

Therefore, if we look for a national idea, then on the paths of conjugation of spiritual and intellectual freedom with political and state freedom. Political freedom is associated with the creation of a nation, which I understand as a community of citizens with equal “package” of rights. A citizen has guarantees of his independence and freedom. The guardian of his personality is the law. If there is a nation, if there are citizens, then they can freely create, be creative, and this enriches the country both materially and spiritually.

That is, the national idea of ​​Russia is freedom for the Russian people and all peoples who have concluded an alliance with us. The realization of this freedom is the creation of high culture and science, education, high-tech production, to which Russians feel a special inclination.

Russians are a nation of engineers and writers. Russian realizes his freedom in the process of intellectual creativity. That is why the intelligentsia had such a high status in Russia, that is, a stratum of people engaged in precisely “smart work”, creativity. Ideally, all citizens of Russia should belong to the intelligentsia understood in this way.

Perhaps the ideal of an intellectual as a highly educated person engaged in creative work is the national idea of ​​our country. Of course, in the last 20 years, the intelligentsia has been ridiculed and spat upon, educated people have become shy to refer themselves to it. “I am an intellectual,” they began to say. But the thirst for knowledge, the prestige of creative work remain. The Academy of Sciences, which the government in its madness is trying to disperse, and its property - to plunder, remains a prestigious place of work no matter what. Because creative work is possible there, to which Russians feel a special inclination.

Ctrl Enter
Noticed a mistake Highlight text and press. Ctrl + Enter
We are
What you didn't want to know about EnglandMissed chapter "Strategy-2020"
106 comments
Information
Dear reader, to leave comments on the publication, you must to register.