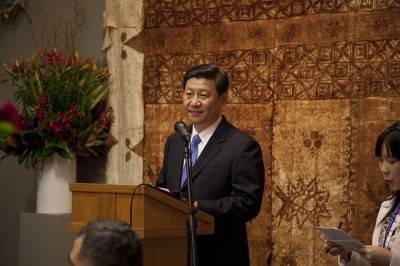 On September 13, the leaders of the Central Asian countries will meet at a meeting of the Shanghai Cooperation Organization (SCO) in Bishkek (Kyrgyzstan), thediplomat.com reported today. Inside this organization, China is the leader.


The SCO, formerly known as the Shanghai Five, consists of large players (China and Russia) and small players (Kazakhstan, Kyrgyzstan, Tajikistan, and Uzbekistan). Within this organization, many issues are discussed, ranging from Chinese pipelines to security in Afghanistan.

Currently, the brilliant “Lord and Teacher” Chinese leader Xi Jinping is touring the countries of Central Asia to return to Beijing in triumph. In each country, he calls for the rule of law and promises to provide the 30 member states of the SCO with thousands of scholarships for students who want to study in China. In fact, the SCO is not just a meeting of like-minded countries, it is a chance for China to show its charm.

The most striking sign that other countries except China and Russia are only window dressing was the fact that in the recent military maneuvers in the Urals only Chinese and Russian troops participated, which gave rise to ask: "where are the rest of the country?".

However, there is no shortage in countries willing to join the SCO. These are India and Pakistan (have the status of observer countries) and Turkey, whose Prime Minister Tayyip Erdogan once joked that his country would refuse to join the European Union for the sake of membership in the SCO. Despite the seemingly innocent comment of the Turkish leader, these words caused concern in some circles.

The SCO declared its “three evils” as its enemy - terrorism, separatism and extremism. According to some experts, under the flag of “combating terrorism”, human rights are in fact violated and internal repressions in these countries are justified.

As the most powerful SCO country, China has the right to form domestic policies throughout Central Asia. Among these countries, to some extent “only partially free” can be considered only Kyrgyzstan, in other countries undisguised authoritarianism is observed. When the rest of the world is concerned about the endless use of torture in Kazakhstan and the imprisonment in Kyrgyzstan of Azimzhan Askarov (an ethnic Uzbek and human rights defender, sentenced to life imprisonment - note “VP”), China focuses on economic ties, not humanitarian issues.

At present, China is looking at the SCO as a new “Silk Road”. It affects the scope of Chinese investments in Kazakhstan, including the last contract to buy 8,4% of the shares of the Caspian Kashagan oil field in the amount of 5 billion US dollars. The fact is that Central Asia is crucial for China in diversifying oil supplies.

Although some analysts believe that the SCO is created as a counterbalance to NATO, the future of the organization is uncertain, perhaps to a large extent even for its members. From time to time they seem to gather only to remind the world of the existence of the SCO. So far, the whole world perceives the legitimacy and relevance of the organization solely due to the growing influence of China in Central Asia.

Ctrl Enter
Noticed oshЫbku Highlight text and press. Ctrl + Enter
We are
Su-30M arrived in Kazakhstan!North Korea promises a “sea of ​​fire" in response to "provocations"
49 comments
Information
Dear reader, to leave comments on the publication, you must to register.