Afghanistan: Americans will not leave

16 September 2013
45
According to the “sensation” of the chairman of the US Senate Committee on Armed Forces, Carl Levin, after the 2014 of the year, ten thousand or less US troops will remain in Afghanistan. According to recent statements by the Pentagon, Afghanistan at that time will still need support. Earlier in the press it was reported that the Americans are doing tremendous work in Afghanistan to reorganize the bases. This suggests: both senators and Pentagon employees know what they are talking about. 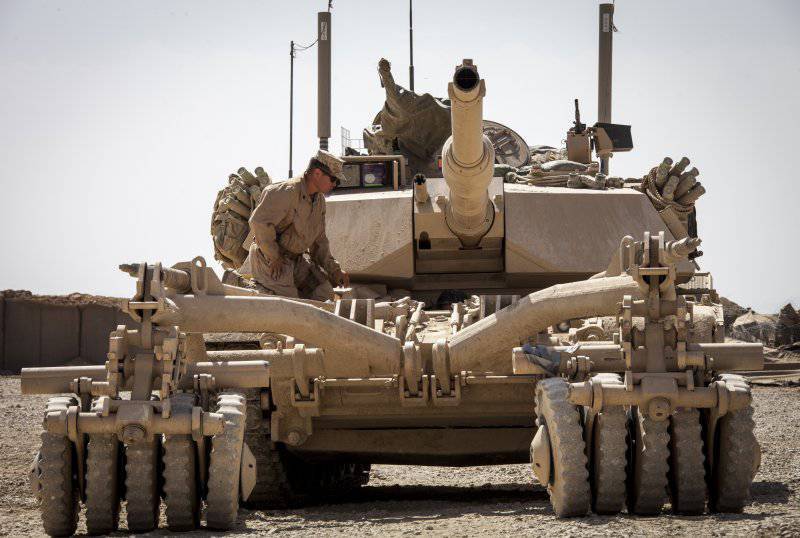 Recently, the chairman of the US Senate Committee on the Affairs of the Armed Forces, Karl Levin said: “In my feeling, there will be less than 10 thousands of servicemen, and for me it’s more important what their functions will be.” According to him, the remaining military will be engaged in “anti-terrorism tasks, possibly providing air support” to the Afghan security forces.

A month ago, Pentagon officials are quite clear. statedthat after the withdrawal of US troops, Afghanistan will need American support.

John Sopko, Inspector General for the Reconstruction of Afghanistan, has repeatedly spoken about misappropriation (to put it mildly) of American taxpayers in the IRA. However, this inspector in the highest echelons of power is not heard.

And not so long ago, Mr. Sopko addressed the Congress, urging the senators to either freeze or completely cancel the forty-three contracts signed by the US Army with contractors from Afghanistan. According to the inspector, Afghan companies from the list are associated with Afghan militants, “including supporters of the Taliban, Haqqani and Al-Qaida. However, the military rejected all these cases.

"The Department for the cancellation of contracts in the army believes that the cancellation or freezing of contracts with these persons or companies would be a violation of procedural rights if the cancellation of the contract is based on classified information or information of the Ministry of Commerce," summed up D. Sopko position of the Pentagon. The argument of the latter: evidence was not enough. Volga called the position of the military "legally incorrect" and "contrary to" the goals of national security. In his opinion, there is a clear contradiction between the part of the army that eliminates terrorists and the one that does business with terrorists.

In addition, the report of Mr. Sopko noted that the army froze contracts with 59 contractors and canceled contracts with 68: the listed firms cheated or fell into questionable business practices.

John Sopko saidthat with the help of contracts concluded by the United States with Afghan contractors, the Taliban, since the 2008 year, received more than 150 million dollars. According to the meticulous inspector, the Taliban received the money through contracts with the United States in the areas of construction, logistics, road construction and information technology. “I’m very worried that the US Army can pursue, attack and kill terrorists, but some representatives of our government believe that we cannot prevent contracts with US companies that support militants from receiving contracts,” Sopko said in a report to Congress.

But neither the military nor the senators do not stop the issue of the notorious state inefficiency and widespread corruption, which eats away all the good intentions of Washington - just as they were eroded, say, in Iraq.

The question of whether or not to withdraw troops from Afghanistan is no longer in front of the White House. Answer: do not display. And it's not just poppy or hemp plantations that are rumored to be protected by the ISAF contingent, but that the United States does not want to lose influence in the region. Afghanistan is too convenient a geographic platform for foreign policy. If you look at the map, then there are Iran, and Pakistan, and India, and (through the former Soviet republics) Russia.

In addition, their interests are not tired of lobbying the US military-industrial complex - and the greater the presence of the military abroad, the greater the orders and supplies. True, there is a vicious circle: the “defense” factories of America provide work and fill the budget, but these funds are spent on “restoring the structure” in Afghanistan, and there they are “ineffectively” plundered. It would seem the easiest way to stop the "operation" in Afghanistan, but Barack Obama can not stop either the native military-industrial complex or the flywheel of geopolitics, which has been milled a lot like the current owner of the Oval Office.

The Pentagon’s cooperation with terrorists, which threatens national security, as Mr. Sopko said, neither the military-industrial complex, nor Obama will not stop either. Business is business, the rest is lyrics. After all, it is naive to think that congressmen or the president express the will of the people. They express the will of those and faithfully serve those who paid for their election campaigns.

The Pentagon is not going to withdraw completely from Afghanistan in 2014: it will only switch to the use of joint bases of American and local parts of the Iraqi model. The bases, according to the commander of the coalition forces, will serve the security interests of the United States (probably, by the way, which is inspected by Inspector Sopko).

Nezavisimaya Gazeta Expert notesthat the military presence in the region will allow Washington to put pressure on Russia, China, India and Iran. At the same time, two thirds of Americans, according to one of sociological polls, believe that there is no sense to continue the war in Afghanistan. But the Pentagon is not interested in this opinion. Occupation of the people - to pay tribute to the government, and not to steer wars.

In an interview with Nezavisimaya, Vyacheslav Mikhailov, executive secretary of the Council of the Federation of the Russian Federation group for cooperation with the National Assembly of Afghanistan, indicated that “the United States is doing tremendous efforts to set up bases in Afghanistan. Tens of thousands of people are employed in this work. The main bases are located in Mazar-i-Sharif, Shindand, Kandahar, Bagram, Herat. Caponiers are being built, storage facilities are being built underground for aviation technicians. Afghans are involved as laborers. Technicians, in particular, are specialists imported from Kyrgyzstan. ”

Who will spend so many resources to leave the country? Americans will not leave. The bases, in their hands, the expert believes, will serve as a means of pressure on Iran, China, India, and Pakistan. At the same time, Washington will try to reduce Russia's regional influence.

In the press, both Russian and Western, today you can find the most controversial information (often extracted from rumors and "anonymous sources") about how much the military will remain in Afghanistan after 2014 year. Numbers of nine thousand and even in 25000 are called. In 2011, Obama spoke (vaguely) about three or four thousand. The reorganization of the bases and the continuation of financing the operation suggests that the real number will be much larger: perhaps somewhere between 10 and 25 thousands. It is necessary to take into account the fact that the Americans do not trust the Afghan security forces, which can partially go over to the side of the Taliban, taking with them weapon and ammunition.

And finally, Afghan opiates. Afghanistan - the world record holder in the harvest of narcotic crops. At the "VO" more than once already cited data on the harvests and activities of the "macorob". Heroin is made in close cooperation with Pakistani laboratories. The finished product is also exported to Russia. And Washington, for which Moscow has always been a strategic adversary, has never objected to the extinction of the Russians. In addition, the poppy is also a business, and America is not going to leave it. NATO honestly explains that the goal of the ISAF contingent is not to fight drug traffickers, but to fight terrorism.

In short, wherever you look, money is everywhere. Everywhere green paper. The cycle of the dollar in nature. So the withdrawal of troops from Afghanistan, widely advertised by the Nobel peacemaker Obama, is from the same opera as the president’s promise to legally restrict the sale of firearms in the United States. Lobbyists will not allow.

Observed and commented on Oleg Chuvakin
- especially for topwar.ru
Ctrl Enter
Noticed oshЫbku Highlight text and press. Ctrl + Enter
We are
Situational analysis of the death of the MH17 flight (Malaysian Boeing 777), made on the basis of engineering analysis from 15.08.2014Carl Gustav conquers America
Military Reviewin Yandex News
Military Reviewin Google News
45 comments
Information
Dear reader, to leave comments on the publication, you must to register.