12 September 2013
44
After two and a half years, military-technical cooperation between Russia and Libya can resume. Such a decision can be made on the basis of the results of the negotiations of the Foreign Ministers of the two states on Tuesday. After the end of the civil war and the change of power, the African country is again ready to acquire Russian weapons and military equipment. 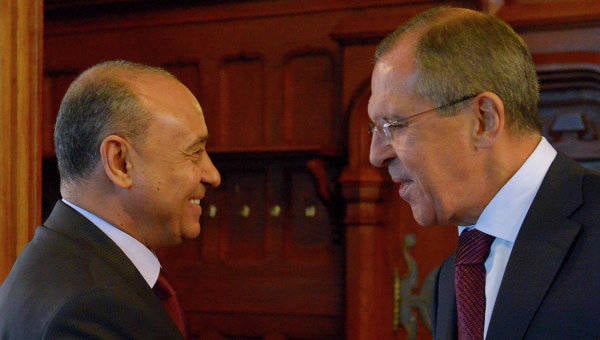 Deliveries of Russian military products to Libya ceased at the very beginning of 2011: in February, due to the corresponding embargo of the UN Security Council, a number of large contracts were frozen. According to the treaties executed at the time, Russia was to supply the Libyan armed forces with small arms weapon, armored vehicles and airplanes totaling about 1,8 billion US dollars. Because of the civil war that began in Libya and the events that followed it in the international arena, the execution of contracts was thwarted and our country did not receive the money due to it. In the future, for obvious reasons, the old and new Libyan authorities could not pay enough attention to the restoration and renewal of the armed forces.

On Tuesday, 10 September, the issue of the possible resumption of military-technical cooperation between Russia and Libya was considered by the heads of the foreign ministries of the two countries. After the talks, the Russian minister, S. Lavrov, announced that such cooperation had good prospects. Possible as the supply of weapons and equipment, and assistance in training. According to Lavrov, during the negotiations some possible joint projects were discussed. However, the minister did not tell exactly which plans exist at the moment.

The most likely option for the development of further cooperation at the moment seems to be the renewal of contracts signed during the Jamahiriya. The plans of the Libyan military department were the procurement of various types of small arms, anti-aircraft missile systems S-300PMU2 and Tor-M1, tanks T-90S, multiple launch rocket systems, Su-30MK and Su-35 fighters, as well as at least one Project 636 submarine. However, the armed rebellion and the ensuing civil war first forced the official Tripoli to delay the implementation of its plans, and then the UN Security Council imposed an embargo on the supply of arms and military equipment, which put an end to supplies. The change of power and the lifting of the embargo allow the new leaders of Libya to again raise the issue of updating the material part of the armed forces.

It should be noted that during the talks the ministers discussed not only possible military-technical cooperation. Over the past year, Russia and Libya have significantly increased their trade. In 2012, the total supply of various goods reached 250 million dollars. Despite relatively small financial performance, 2012 was the most fruitful year in Russian-Libyan trade in the last 12 years. In the future, the countries intend to develop cooperation and increase the volume of trade.

On Tuesday, the ministers agreed to resume the work of the intergovernmental commission on economic, scientific and technical cooperation. This will speed up work on old projects and stimulate the emergence of new ones. According to S. Lavrov, Russian companies are ready to return to Libya and work there. Long-term friendly relations between Russia and Libya will contribute to the early resumption of cooperation.

Unfortunately, for the time being, the ministers of foreign affairs of Russia and Libya limited themselves to only the most general statements and did not disclose specific details of international cooperation in one area or another. In this regard, it remains only to speculate exactly how future relations between the two countries will look like. After a long civil war and a NATO operation, the state of the Libyan armed forces leaves much to be desired. If before the war, the main problem of the Libyan army was relatively old equipment and weapons, now they have added a small amount of surviving equipment.

For this reason, subsequent Russian-Libyan contracts can relate to absolutely any area of ​​military-technical cooperation. Tripoli can order a modernization of the remaining old equipment, and buy a new one. In the context of possible contracts, it is worth noting that the overwhelming majority of equipment and weapons used by the Libyan military before the change of power was made in the USSR or Russia. This can be considered an indirect confirmation of the version of orders for the modernization of existing equipment. Version of the procurement of new technology can also be confirmed. The armed forces of NATO attacked airfields and bases of different types of troops of the Libyan army, because of which Libya lost a lot of planes, combat vehicles and ships of various classes. Therefore, the African state will have to not only update the remaining equipment, but also buy a new one.

It is possible that, by updating and modernizing the material part of its armed forces, Libya will recognize the old contracts signed by the previous government. In this way, it will be possible in a short time to acquire weapons and equipment for different types of troops and partially restore the combat capability of the army. However, regardless of the specific plans of the new Libyan leadership, purchases of weapons and equipment can be reduced or canceled altogether due to the economic situation in the country. The civil war and the attacks of foreign armies led to the destruction or serious damage to the mass of enterprises, which had a very bad effect on the country's economy. But if the new leadership of Libya finds an opportunity to pay for all the contracts, in a relatively short time it will turn out to bring the country's defense capability to at least the pre-war level.