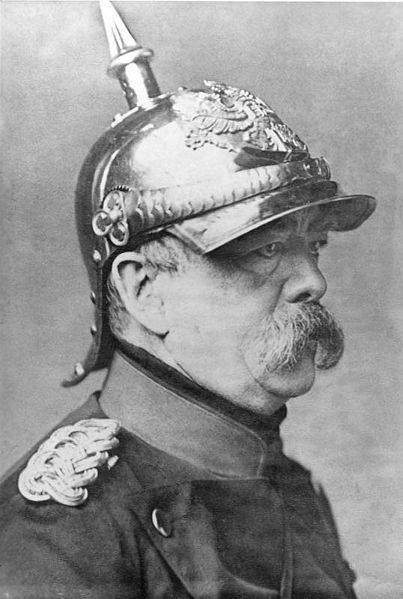 Otto von Bismarck:
“The power of Russia can be undermined only by the separation of Ukraine from it ... it is necessary not only to tear off, but also to oppose Ukraine to Russia, set off two parts of a single nation and watch how brother will kill his brother. To do this, you only need to find and cultivate traitors among the national elite and with their help change the self-consciousness of one part of a great nation to such an extent that it will hate everything Russian, hate its kind without realizing it. Everything else is a matter of time. ”


Prince Otto von Bismarck, drafted by King Wilhelm I for the post of minister-president of Prussia in 1862, later received 9 years of almost unlimited power as imperial chancellor. But long before that, from 1859 to 1862, von Bismarck was the German ambassador to Russia, so he knew the Russians well and, being a talented person, he understood what the strength of the Russians was and what their weakness was. Bismarck also understood that weapons the Russians could not be defeated, and therefore, when planning the strategy of Germany, the Chancellor devoted a lot of effort to an ideological war.

In fact, it was he, Otto von Bismarck, who was behind the idea of ​​creating Ukraine and recognized that the term “Ukraine” impressed him greatly. On the maps of Bismarck, Ukraine stretched from Saratov and Volgograd in the northeast to Makhachkala in the south. The Ukrainization program was launched by Austria-Hungary at the end of the 19th century, and at the heart of this lay the re-identification of the Little Russians and the Galician Ruthenians into the so-called “Ukrainians”.

By the way, neither the "moderate" Russophobe Taras Shevchenko, nor the "terry" Lesya Ukrainka have such terms as "Ukrainian", "Ukrainian nation", but there are Slavs, Little Russians, and Ruthenians. But von Bismarck’s plans began to be implemented and, according to the 1908 census of the year, Ukrainians were already called up to 1% of the inhabitants of south-west Russia. In Germany, it was “scientifically proven” that the Russians are not Slavs or even Aryans (although the tribes from which the Germans and Slavs came out are called Slavic-Germanic tribes), but representatives of a certain Mongolian-Finnish tribe, “mankruts”. In 1898, in Germany, the idea was launched of creating a “separate Ukrainian nation” within the autonomy of Austria-Hungary.

Instead of the concepts “Rus” and “Ruski”, the terms “Ukraine”, “Ukrainian” etc. were replicated in the Vienna-controlled press. In the memoirs of General Hoffmann in 1926, you can read: “The creation of Ukraine is not the result of the initiative of the Russian people, but there is the result of my intelligence. "

But the opinion of the French consul Emile Eno (1918): “Ukraine has never had its stories and national distinctiveness. It was created by the Germans. Pro-German Skoropadsky government should be eliminated. " The French side, an ally of the Russians in the 1 World War I, is easy to understand because the so-called Ukrainian People’s Republic (UNR) has actually become the service of the host, Germany, since the creation of the Germans with food and industrial raw materials, as well as a place of deployment armed forces of Germany and Austria-Hungary.

“The power of Russia,” wrote Bismarck, “can only be undermined by the separation of Ukraine from it ... it is necessary not only to tear, but also to oppose Ukraine to Russia, to poison the two parts of a single nation and watch how a brother will kill a brother.” To do this, you only need to find and cultivate traitors among the national elite and with their help change the self-consciousness of one part of a great nation to such an extent that it will hate everything Russian, hate its kind without realizing it. Everything else is a matter of time. ”

Von Bismarck was in charge of his German people and planned Ukraine (the outskirts) as a buffer territory, the fences of the lands of Austria-Hungary and Germany from Russia, since "the Russian Prussians were always beaten," although it was necessary to focus on it - they were not the first to get involved.

That is why the Ukrainian language, artificially created on the basis of Russian, Polish, Hungarian and several other languages, turned out to be so “harmonious”. So it was intended.

In general, the notorious “Dulles plan” was initiated by Otto von Bismarck, although even in his time there was nothing fundamentally new here: to break a tribe (family, people) into districts, to weaken them, to weaken them in every way, to enslave ...