Within the framework of the G-20 summit in St. Petersburg, a meeting was held between President of the Russian Federation Vladimir Putin and Prime Minister of Japan Shinzo Abe. One of the most important topics raised during the meeting was a discussion of the prospects for concluding a long-awaited peace treaty between Russia and Japan. Of course, this is an important matter - Japan is Russia's eastern neighbor, it is an influential and very economically and technologically developed state, with which it would be nice to have good relations.


Recall that officially the peace between the Soviet Union and Japan, which suffered a defeat as a result of World War II and who capitulated September 2 on 1945, was never signed. As a result of the war, some territories, formerly belonging to the Japanese Empire, were ceded to the Soviet Union. The affiliation of the Southern Kuriles, including the islands of Iturup, Kunashir, Shikotan and the islands of Habomai, has been disputed by Japan for almost seventy years since the end of World War II. For many decades, the Soviet Union, and then the Russian Federation, recognized in the world as the actual successor of the Soviet state, did not agree with Japan’s territorial claims to the South Kurile Islands. In turn, Japan put the transfer of the specified territories to it as the main condition for the signing of the long-awaited peace treaty.

For a long time, Russian leaders did not go about the Japanese and did not agree with the demands put forward by the transfer of the insular empire of the Southern Kuriles. Even Boris Yeltsin, on whose conscience “the parade of sovereignties”, ultimately did not go so far as to give the Southern Kurils to the Japanese. I would like to hope that Vladimir Putin will not enter history as president, who gave the Kurils.

At the meeting held in St. Petersburg, the Russian president and the Japanese prime minister reached an agreement ... attention! ... to take the principle of "hikivaki" as the basis for further activities in the framework of the signing of a peace treaty. This Japanese term, as reported by various media, should be well known to the Russian president as a professional judoka. “No winners, no losers!” - so in Russian you can convey its essence. In sports - a draw! It is understood that Russia and Japan will be equal participants in the further negotiation process and, as it should be understood, Russia's historical truth, the reasons for the transfer of the South Kuril Islands to it will not be taken into account. 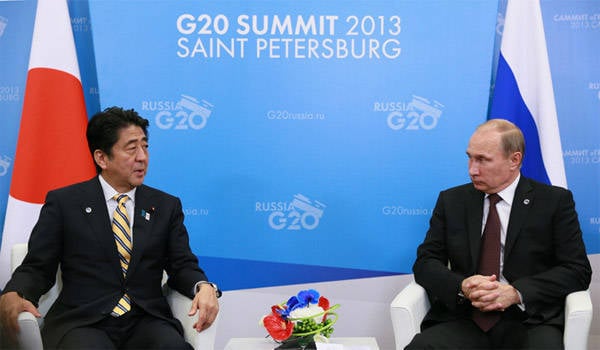 But let me! The Soviet Union, although initially did not take part in the war against Japan, which unfolded in 1941 — the first half of 1945. in the Asia-Pacific region, it concentrated considerable military resources in the Far East precisely because of the danger of Japan joining the war against the USSR on the side of Hitler's Germany. The Soviet army on the western front suffered colossal losses and was deprived of the support of those fresh forces that could be transferred from the Far East, if Japan had not openly threatened the Soviet borders.

8 August 1945, the Soviet Union officially declared war on Japan, thus joining the war on the side of the Allies in the anti-Hitler coalition. The main battles between the Soviet and Mongolian troops and the Japanese were launched in Northeast China, on the territory of Manchuria. It was there that the famous Kwantung Army was defeated. However, there were bloody battles on the Far Eastern islands. Soviet troops liberated South Sakhalin. And from August 18 to September 1 1945, for two weeks, the Kuril landing operation lasted. For several days, by August 23, the Soviet troops managed to occupy the Northern Kuriles. From 23 August to 1 September there were battles for the islands of the South Kuriles - the very territories that Japan claims today. In early September, the Habomai Islands were occupied by Soviet troops. Directly in the Kuril landing operation, Soviet troops participated in a total of 15 000 people who managed in a short time to defeat the 80-thousandth Japanese army. Despite the clear numerical superiority, in the battles for the Kuriles, the samurai did not show vaunted resilience and were quickly defeated by Soviet troops. 50 Thousands of 442 Japanese soldiers and officers, including four generals, were captured.

According to official figures, more than one and a half million (1 million 577 thousand 225) Soviet and Mongolian soldiers and officers took part in the hostilities against Japan. Many Soviet troops found themselves on the eastern front and with honor carried the banner of victory at the other end of the Soviet state. Grandfather of the author of the article, naval officer fleet, also participated in the Soviet-Japanese war and was awarded the corresponding awards for the victory over Japan. Veterans of the Soviet-Japanese war, although less than the Great Patriotic War, but they were and are - and their military feat deserves no less respect.

More than 12 thousands (according to official data) of Soviet soldiers and officers gave their lives in the name of the victory over Hitler’s Asian allies. 1 One thousand 567 Soviet soldiers and officers died directly in the battles for the Kuril Islands. The Soviet representative, Lieutenant General Kuzma Derevyanko (the heroic officer — who had fought all his life, a military intelligence officer who died untimely at 50, from cancer earned after visiting Hiroshima and Nagasaki) was among those who signed the Japan Surrender Act. That is, Japan capitulated, recognized its military defeat, and the Soviet Union. That is, not the Hikivaks, but the harakiri of the Japanese Empire became the finale of the Second World War. 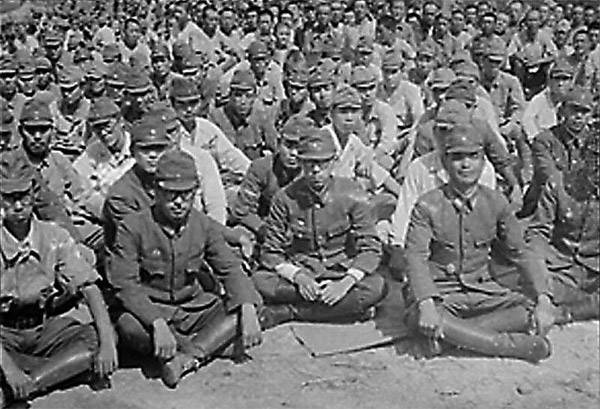 Now it turns out that there are “neither winners nor losers”. Hikivaki! Orders and medals of my grandfather - are they unreal? He did not win? Other Soviet soldiers and officers did not die? Is it possible, even if guided by opportunistic political or, there, economic considerations, to rewrite history, openly rejecting what was conquered and achieved by our fathers and grandfathers with such difficulty, real feats?

Being the successor of the Soviet Union, Russia rightly inherits the victories made by Soviet soldiers, fathers and grandfathers of modern Russian citizens. The point is not only whether or not to concede to Japan the strategic South Kuril Islands, for which the Soviet people fought. The point is in the very formulations that insult the memory of the dead and surviving participants of the Great Patriotic War. The memory of the one and a half thousand Soviet servicemen who died in the Kuril landing operation. Moreover, exactly on the 68 anniversary of Victory Day over Japan (the first time such a holiday was celebrated in the USSR - September 3). Today, Hikivaki with Japan, and tomorrow it will turn out - with Germany, too, Hikivaki and is it time to give Kaliningrad?

The Russian Federation is a huge state, a world superpower (at least, we would like to!). Its prestige and position in the world arena depend, among other things, on how sensitively Russia and its citizens relate to their own history, to the historical victories of the Russian and Soviet state. Therefore, in such situations as the dispute over the South Kuriles, even guided by considerations of immediate benefit, in no case can one rewrite history. Russian diplomacy must show its effectiveness, having managed to reach an agreement with Japan and officially conclude a long-awaited peace without territorial concessions and, especially, without a reassessment of the consequences of the Great Victory.